With DNC meeting to propose 2024 presidential primary calendar, all eyes on Nevada 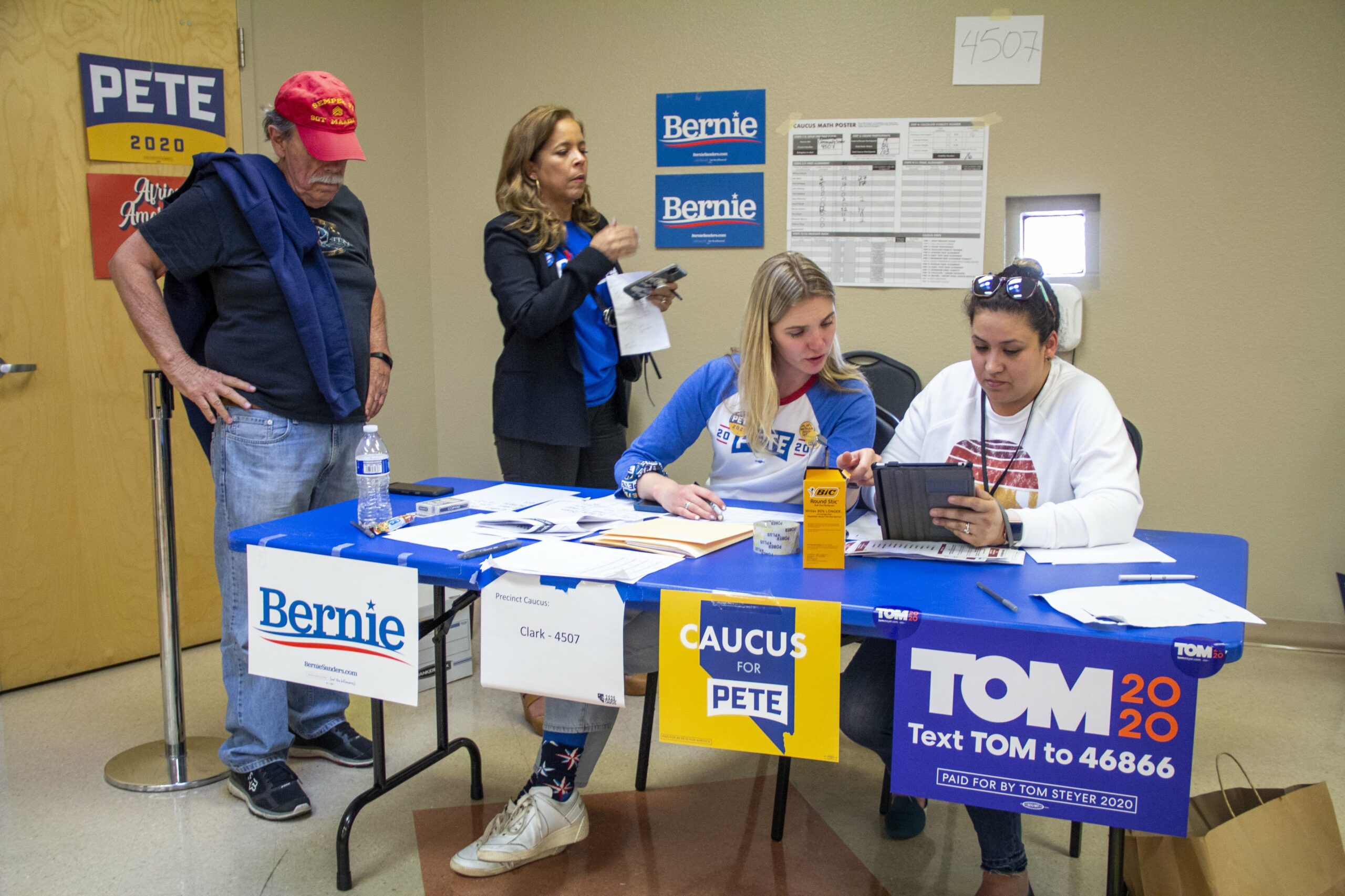 With a Democratic National Committee (DNC) panel set to meet this week to propose a 2024 presidential nominating calendar, Nevada Democrats have made a strong final push for the state to become the first-in-the-nation primary.

The Rules & Bylaws Committee (RBC) will meet Thursday through Saturday in Washington, D.C., to decide what proposal it will bring to the whole DNC for a vote in 2023. The action will mark the clearest step toward reordering the nominating calendar after a year of changes that are likely to oust Iowa from the coveted top spot and potentially open the door for Nevada to lead the cycle.

If Nevada is selected to go first, the state would see the kind of political attention, spending and operations currently associated with Iowa, replete with candidate visits, a flood of ads and the elevation of quirky events, fundraisers and meetings that gave the Iowa State Fair or the Des Moines Register’s Political Soapbox their clout. And Nevada voters would get to cast the first votes of the season, boosting the primary’s winner campaign, likely ending several candidates’ runs, and giving voters and pundits across the country an initial data point about electability.

In April, the RBC approved a resolution permitting five states – rather than the traditional four – to cast votes before Super Tuesday, the date when a large number of states hold primaries or caucuses. The resolution also set three criteria that the committee would be looking at in choosing an order: diversity, feasibility and competitiveness.

Nevada Democratic Party Chair Judith Whitmer argues that given those criteria, the DNC should elevate Nevada from third to first, particularly after the 2022 midterms, in which Sen. Catherine Cortez Masto’s narrow re-election played the pivotal role in cementing a Democratic majority in the Senate.

“We have more diversity than New Hampshire or Iowa, obviously,” Whitmer said in an interview. “We also have a strong and active electorate. We have a very competitive battleground state. We came out looking pretty darn good after the midterms.”

Based on previous meetings and in reports since, Iowa – predominantly white, safely Republican, and publicly damaged by the confusion and delays that came with an app it used in its 2020 caucus – is expected to lose its coveted spot. (By the same token, the RBC could potentially look negatively upon the length of time it took Nevada to count votes this fall — a consequence of a high volume of mail ballots that come in on Election Day and in the following days.)

At the April meeting, some RBC members even suggested Iowa not bother applying – though it did, and Iowa Democrats have continued to advocate for the state to retain its traditional frontrunner status.

Seventeen states then applied to join the early pool – traditionally, Iowa, New Hampshire, Nevada and South Carolina, in that order. The RBC also designated that all four regions of the country must be represented before Super Tuesday. That decision opened the door for a push from Michigan, whose Democratic Party wants to jump into the early slate and now has the means to legislatively change that state's primary date, given that Democrats control the Legislature and governor’s office.

The RBC punted the decision at a summer meeting to wait for the November election, giving Nevada Democrats more time to build their case.

Given Iowa’s likely ouster, the designation is expected to go to New Hampshire or Nevada. New Hampshire Democrats have advocated that their famous brand of retail politics, in which candidates travel the state meeting individuals and small groups, should not be jettisoned.

Nevada first became an early state in 2008 through the influence of Harry Reid. The state then switched from holding a caucus to a primary in 2021 by an act of the Legislature, setting the stage for this year's campaign to move up. Nevada’s first-in-the-nation bid has the endorsement of the entire Nevada Democratic congressional delegation and several groups that underscore the centrality of diversity to the state’s pitch. Endorsers include several Latino groups, such as the Congressional Hispanic Caucus, Voto Latino and Somos Votantes, the Congressional Asian Pacific American Caucus, and the Indigenous Peoples' Initiative. Both Sens. Jacky Rosen and Cortez Masto have been active in publicly appealing to the DNC.

In a mid-November memo, Nevada Democratic strategist Rebecca Lambe laid out Nevada’s case while weakening the arguments of its main competitors – New Hampshire, which is more than 90 percent white and where Democratic Sen. Maggie Hassan just won re-election by 9 points, and Michigan, which has more registered voters than Nevada, New Hampshire, and Iowa combined – without calling them out by name.

“If we disproportionately focus on a state with more highly educated, more affluent, and less representative voters, then we are setting our party up for long-term failure,” Lambe wrote. “If we take a gamble on a state that is too big and too risky in the first spot, then we could skew the entire early window and undermine the primary calendar.”

Nevada, she wrote, is the only contender that is sufficiently diverse, both racially and economically, small, and a true battleground. She added that given Nevada’s heavy union presence and working-class electorate, the state is full of the exact type of voters whom Democratic candidates need to focus on winning back to triumph in general elections.

Interestingly, the eventual primary winner in the last three contested Democratic primaries (2008, 2016, 2020) has only won Nevada once – Clinton in 2016. New Hampshire voted for a losing candidate all three times; Iowa picked a winner in two of three, and Michigan only voted for the eventual winner in 2020.

Whether it’s to the front of the calendar or not, Whitmer, like others, expects that when the meeting has concluded, Nevada will no longer be third.

“I strongly suspect that they will change the order,” she said. “I firmly believe that Nevada will at least be first or second.”

To watch the meeting, the DNC will be livestreaming it on Friday and Saturday on its YouTube channel.