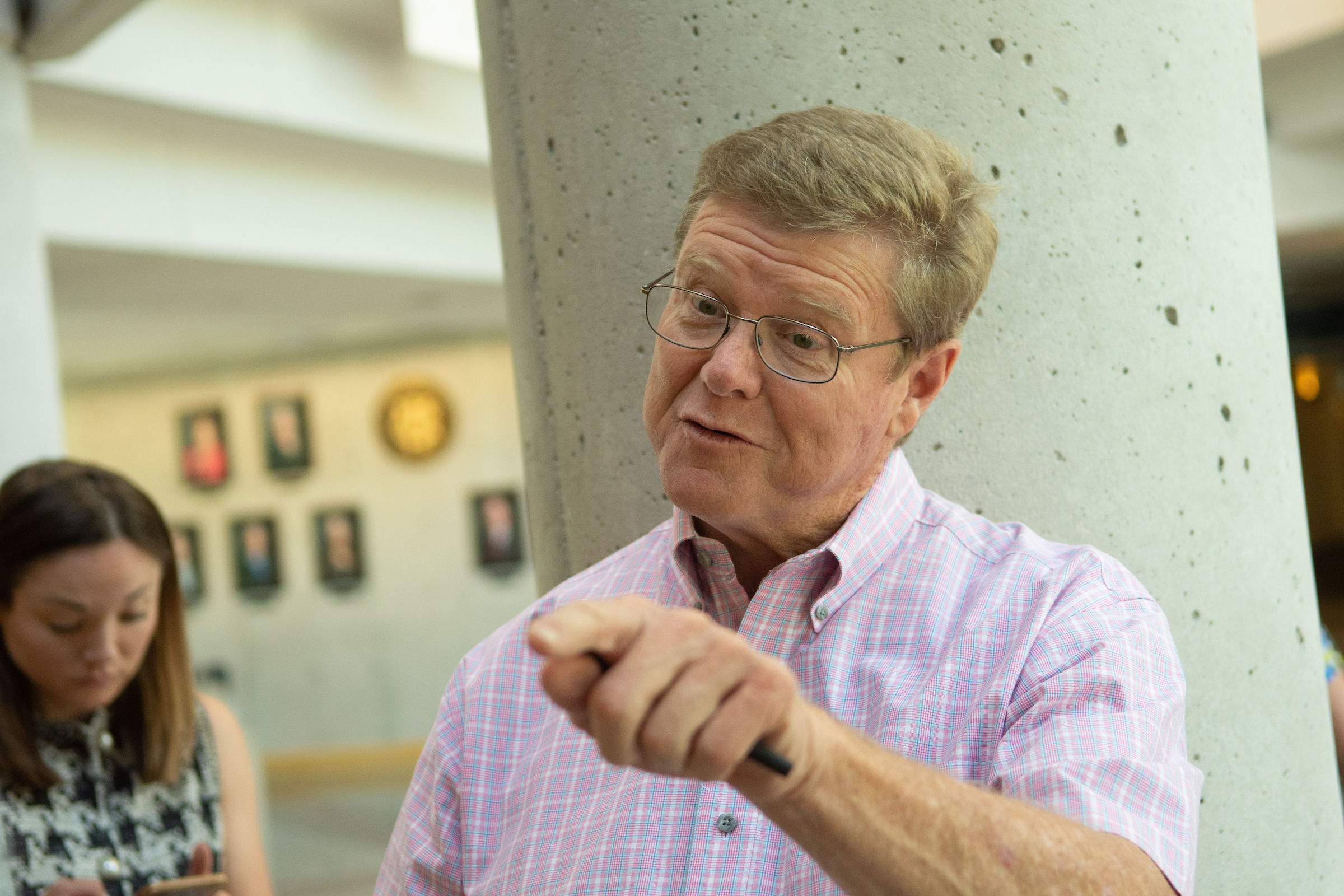 Rep. Mark Amodei said he won't run for governor, citing an already crowded primary race he believes will be very negative and likely hobble the Republican candidate in the general election with the nonpartisans needed to win.

Amodei (R-NV), who represents Congressional District 2 in the Republican-heavy north of the state, said in an interview last week with The Nevada Independent he believes he can still make a difference for his constituents and will seek re-election to his seat.

“Would I have loved to have run against Steve Sisolak? Absolutely,” Amodei said.

"I would welcome the responsibility of being the chief executive of my home state," he added. But he does not want "to just go cartwheeling [into the gubernatorial race] in the current context."

“I think that things are such that if you took a unique approach to campaigning and reaching out to people, that that could work,” Amodei continued. He contrasted such a campaign with what he expects in the GOP primary “where everybody just tries to bash their way to victory.”

“In a Republican primary, you have to be a real Republican to get out of it,” Fiore told Sam Shad, host of Nevada Newsmakers, last week.

Amodei thinks the heated primary ahead will make it difficult to put together a winning coalition of base GOP voters while also attracting independents in the general election.

“Republicans aren't famous for forgiving and forgetting after a primary,” Amodei said. “And I'm not saying that disparagingly.”

He noted that Republicans seeking statewide office will need to win votes from independents more than ever in 2022. The GOP ranks third in Nevada for number of voter registrations, behind Democrats, who are second. Nonpartisans and small-party voters surpassed the registration levels of both major parties in September.

“Let's face it, Nevada is a blue state,” Amodei said. “Now, the part I represent is very red. But you know what, there are three other districts which are blue, which is three quarters of the state.”

“So, before you take on an incumbent Democrat in a blue state, you better have a plan that's going to make you different than just ‘vote for me because I don't like the other guy.’” Amodei continued. “Those [negative] campaigns, what they really are, is to try and to get people to vote against the person you're running against.”

Amodei said he believes being the lone Republican in the state’s congressional delegation is an important role, especially if the GOP can regain the majority in the U.S. House in 2022.

“If you are reelected in 2022 to the House seat, as the Republican voice in the Nevada delegation, that's an important spot for Nevada right now,” Amodei said.

Amodei has built up tenure on the House Appropriations Committee and could serve as a subcommittee chairman if Republicans win the majority following the 2022 midterm election. Democrats hold just a 220 to 212 majority.

Amodei also noted that serving the public means finding the best way to do it.

“If it's really public service, then what's in the best interest of the group that you're trying to represent?” he said.

Amodei was elected to the U.S. House in 2011 in a special election to replace then-congressman Heller, who was tapped to join the Senate following the resignation of former Sen. John Ensign (R-NV).

A poll released by The Nevada Independent in early October — taken before Fiore entered the race — found Heller leading Lombardo in the primary by about eight percentage points.