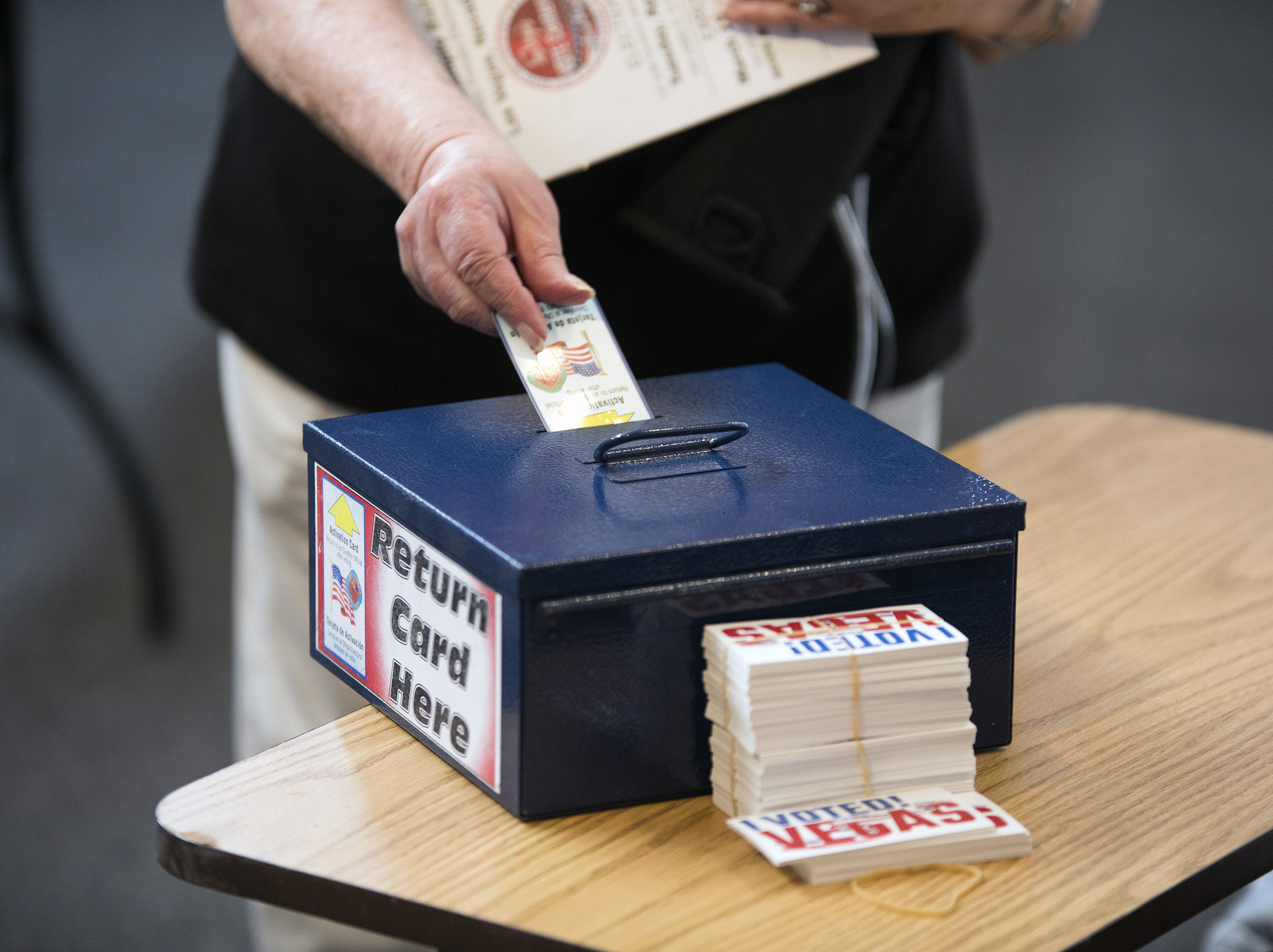 A right-leaning voting fraud prevention group based in Texas filed a federal lawsuit against the secretary of state on Tuesday over plans to conduct an all-mail primary election, claiming that the plan would “all but ensure an election replete with ballot fraud.”

Attorneys for True the Vote filed the lawsuit on Tuesday in federal District Court on behalf of three Nevada voters, claiming that the planned all-mail primary election ballot would violate voter protections that exist in state law and invite fraud. Secretary of State Barbara Cegavske called for the all-mail primary election, with limited in-person polling sites, last month as a way to mitigate potential spread of COVID-19.

It’s the second lawsuit Cegavske’s office is facing over the planned all-mail election; attorneys for the Nevada State Democratic Party filed a lawsuit last week seeking additional in-person voting sites and a relaxation of laws against so-called “ballot harvesting,” where non-family members are allowed to collect and turn in absentee ballots.

But the lawsuit from True the Vote, which was filed by Reno attorney David O’Mara, states that the planned mail-only election would harm plaintiffs by “diluting their votes with illegal votes given the removal of safeguards against illegal voting established by the Legislature.”

“Though some actual absentee-ballot safeguards remain under the mail-in-ballot Plan, the elimination of the necessity to request a ballot through the usual procedures is a safeguard that must not be omitted because of the fraud potential of having unrequested, perhaps unexpected ballots arriving around the state,” the lawsuit states, adding that a large number of unrequested mailed ballots “invites voter fraud.”

The lawsuit also argues that the secretary of state’s plan goes beyond what is authorized by the Legislature, and that concerns over the COVID-19 pandemic do not mean election officials can “jettison constitutional and statutory rights and mandates and fashion a remedy essentially out of whole cloth.”

Proven cases of voter fraud or voter impersonation are exceedingly rare; a Washington Post tally found just 31 incidents of fraud in all federal, state and primary elections between 2000 and 2014, out of more than 1 billion votes cast. Some experts say election fraud is more prevalent in mail-voting than in-person voting, but that election officials can take steps to prevent such fraud.

A spokesperson for Cegavske did not immediately return an email seeking comment on the lawsuit.