Secretary of State says she has evidence of 3 illegal noncitizen votes in 2016, offers more details about voter fraud probe 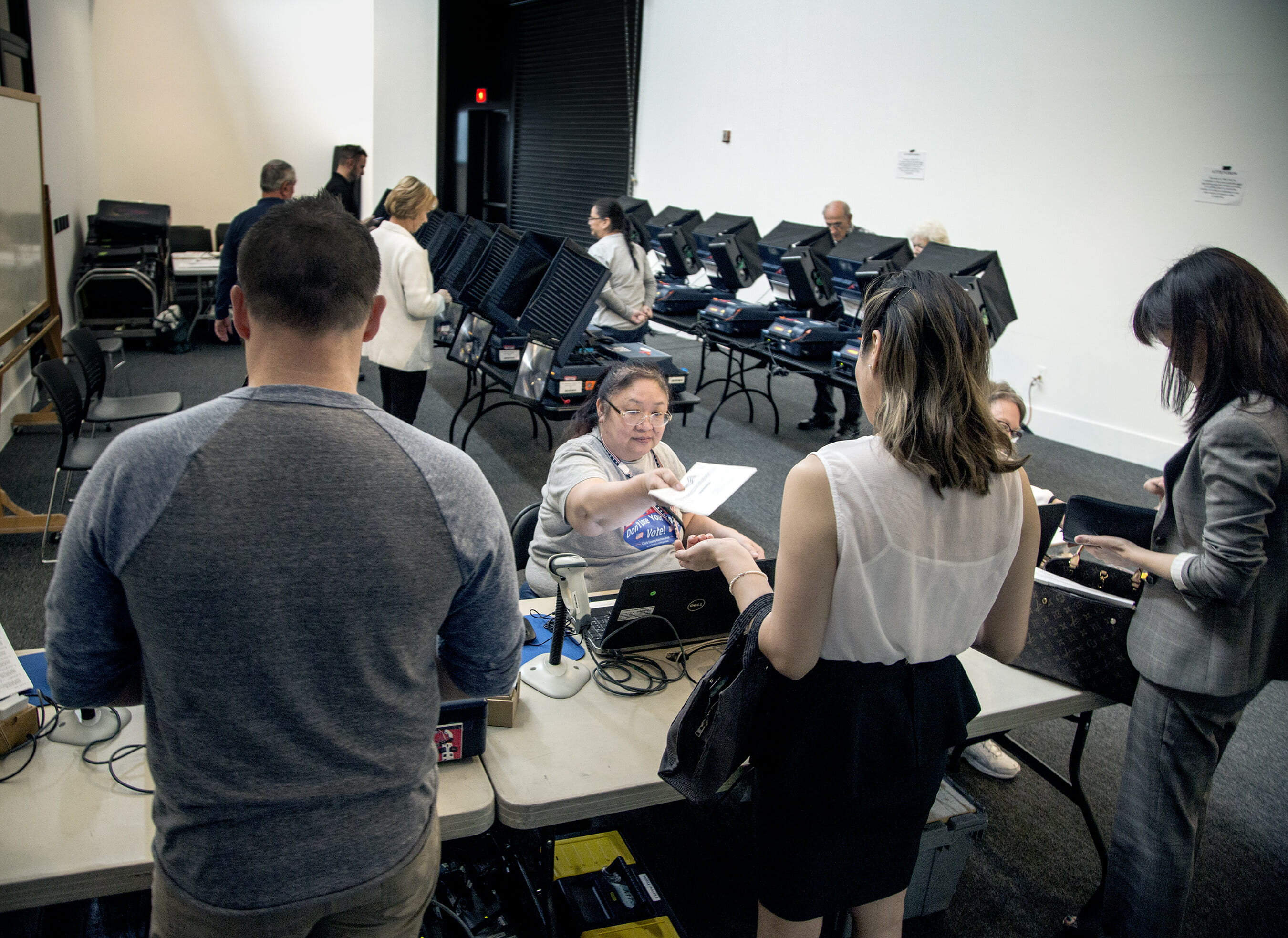 The state’s chief elections officer’s statement on Wednesday offers more details about the voter fraud investigation she announced five days ago. Gov. Brian Sandoval and several county election clerks have said they weren’t aware of the issue until a Las Vegas Review-Journal story on the probe was published late Friday, and details about the scope, location and evidence behind the allegations were not initially provided.

"In March, the Secretary of State’s office obtained from the Department of Motor Vehicles (DMV) a list of just over 100 people statewide who: (1) presented evidence of non-citizenship while obtaining services from the DMV; and (2) completed a voter registration application while at the DMV,” Cegavske’s office said in a statement. "After determining that 21 individuals from that list voted, this information was given to investigators with the Secretary of State’s office. Based upon the information obtained to date we have evidence that three non-citizens illegally registered and voted in Clark County in the last election. Given the early stages of this investigation, it is inappropriate for us to comment further. We anticipate we will have additional information about the investigation in the next few months.”

The 21 people on the list who voted are considered potential non-citizens, but only three have been positively identified as non-citizens. It's not legal to vote, or register to vote, as a non-citizen.

Cegavske sent a letter Friday ordering the Department of Motor Vehicles to cease the practice of accepting voter registration forms from people who use a green card. Groups including the ACLU defended the DMV’s practice on Monday, saying the DMV is required to forward all applications to elections officials, who are the ones with the authority to screen the registrations.

An email exchange obtained by The Nevada Independent indicates the secretary of state's office directed DMV officials in October not to weed out registration applications from people who used green cards as identification, so as to avoid running afoul of federal election law, but to forward them to local elections officials.

Cegavske said as recently as February that she wasn’t aware of any noncitizen voting that happened during the 2016 election. She did indicate that Nevada had a voter registration fraud problem that was larger than people realized.

In 2016, two cases of voter registration fraud came to light. A Pahrump woman named Tina Marie Parks was arrested on charges of intimidating voters and perjury for allegedly marking “Republican” or “nonpartisan” on forms when voters wanted to be registered as Democrats. And a Las Vegas man, Renaldo Johnson, was arrested for putting people’s names on a petition without their permission while he was helping the Green Party’s unsuccessful effort to qualify for a place on the Nevada ballot.

Sandoval said he was directing the DMV to work further with Cegavske's office to ensure the agency is complying with the law and to determine what changes her office wants.

"The charges of voter fraud made by the Secretary of State are troubling and anything that would threaten the integrity of our election system is cause for concern," he said in a statement Wednesday. "The DMV operates under the guidelines adopted following motor voter Memorandums of Understanding signed by the Secretary of State’s Office, the DMV, and other stakeholder groups. The role of the DMV for any applicant who wishes to register to vote is to provide a voter registration application and then forward the document to the appropriate voter registrar. The DMV does not have the authority to discard an application, they must forward all signed applications to the appropriate registrar. I’ve asked the DMV to review its processes with the Secretary of State again to ensure the Department remains in full compliance with recently signed MOUs, state and federal laws and to better understand what the Secretary of State’s Office is requesting of the Department."

Cegavske came to the legislative building on Tuesday to brief Democratic leaders Aaron Ford and Jason Frierson. Later, her office briefed the governor's office on her findings.

Frierson said in a statement that Cegavske declined to provide any evidence to back up any allegations during their meeting, citing an ongoing investigation, and instead continued to issue "calculated press releases."

"Secretary Cegavske needs to provide the evidence to back up her claims to the Legislature so that we can work together in a bipartisan effort to modernize our election system this Session," Frierson said. "The Secretary of State is required by law to verify the eligibility of every person who registers to vote. If, in fact, the allegations she has given the press are true, she needs to explain how her office failed its legal duties."

"While I did have the opportunity to speak briefly with Secretary Cegavske yesterday, I have not received any concrete information from the Secretary of State's office substantiating these allegations despite assurances such information would be forthcoming," he said in a statement Wednesday. "Providing evidence is essential to fostering bipartisan cooperation as we continue to work to modernize our election system, particularly when it comes to the Secretary of State fulfilling her office's responsibility to verify voter eligibility."

“Nevada participates in various interstate data-sharing programs regarding elections information, including the Electronic Information Registration Center (ERIC) and the Interstate Voter Registration Crosscheck (IVRC) program. These programs help states identify individuals who are potentially registered to vote in more than one state, as well as deceased individuals who may still be on the voter rolls.  While they provide valuable information in our pre- and post-election efforts to maintain integrity, ERIC and IVRC are not designed to identify potential ineligible voters due to non-citizenship.”

Republican Sen. Ben Kieckhefer, who had raised questions about the DMV's vetting process during earlier debate about Initiative Petition 1, which would automatically register DMV patrons to vote, said he felt justified in his concerns.

“By automatically registering people to vote who aren’t immediately eligible to vote, you’re going to have people vote that are ineligible to vote,” he said. “When people are on the voter rolls, there’s some logic to thinking they should be able to vote.”

DMV Director Terri Albertson was unavailable to comment late Wednesday afternoon, but a spokeswoman said the department’s position had not changed.

“We’re confident in our policies and practices — that we are following federal and state guidelines,” said Alex Smith, a public information officer for the DMV.

Assembly Minority Leader Paul Anderson said in a brief interview that he was satisfied that Cegavske’s office had provided more details and that he would work with the secretary of state’s office to ensure the integrity of voter registration data and implement additional checks, possibly through legislation.

“Anything we can do to shore up the integrity of the voting system or process is a positive step,” he said on Wednesday. “The declarative statement would be that we certainly want to see where the secretary of state is, where they see the weaknesses and if there’s something we have to do legislatively, I think that becomes a very big priority. If it’s something they can do internally through policy, then I think we could definitely be supportive of that wherever we can.”

“We are aware of the statement released by the Nevada Secretary of State’s Office today and eagerly await additional details,” he said in a statement. “Voter fraud is a serious crime and we stand ready to help the Secretary prosecute these individuals to the fullest extent of the law.”

This is a developing story that was first published at 4:07 p.m. on April 19, 2017 and has been updated multiple times since then.