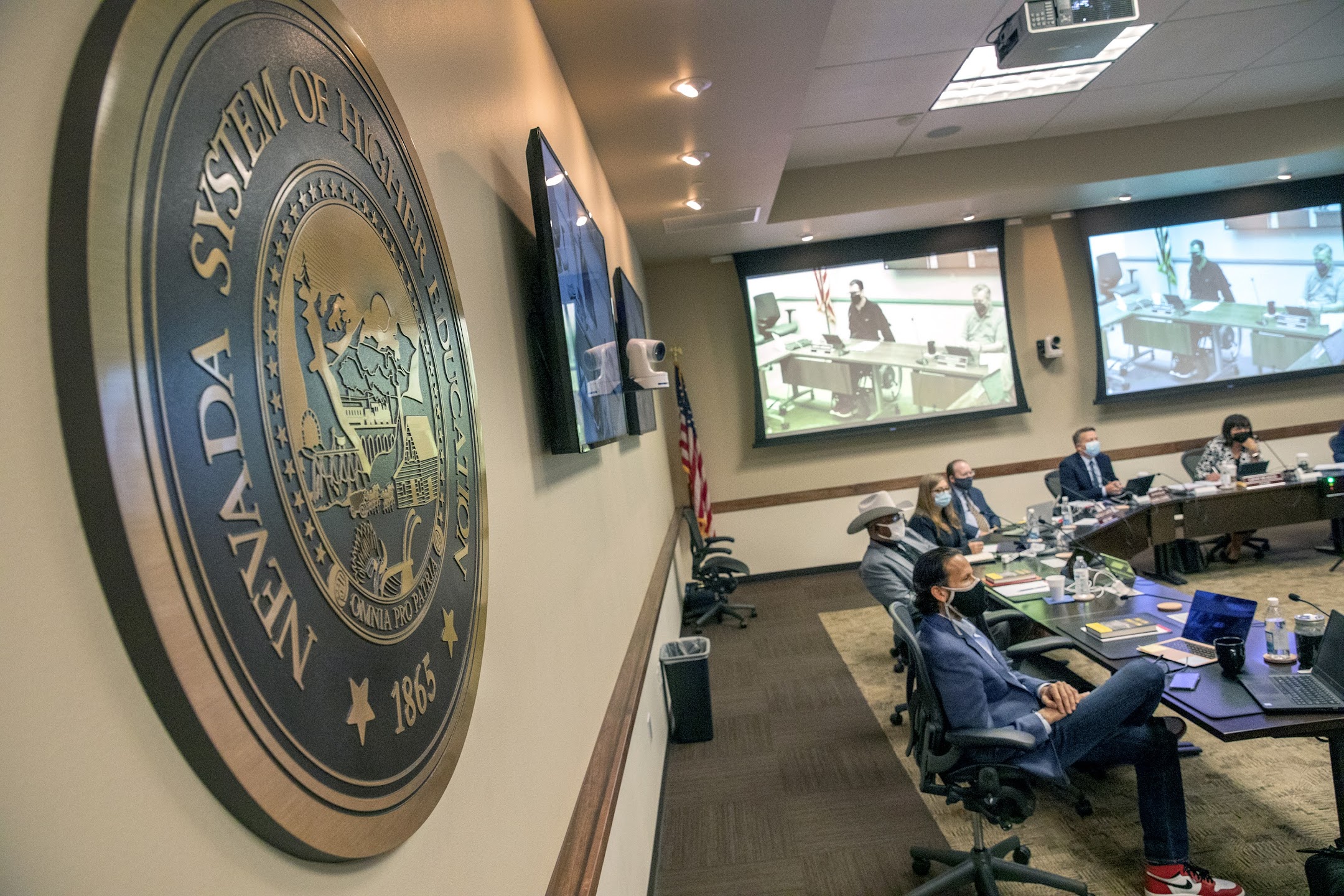 Legislative auditors told lawmakers Thursday that “insufficient oversight” of higher education budgets led to errors and the “questionable use of funding” by the state’s public universities and colleges, including “inappropriate or questionable” use of funding provided by students through fees and tuition and the use of maneuvers designed to avoid unspent money reverting to the state.

Across three separate audits of the Nevada System of Higher Education’s (NSHE) self-supporting budgets, philanthropic foundation accounts and capital construction projects, auditors called on the system to tighten spending regulations, and laid the blame for oversight largely at the feet of a Board of Regents that “has provided institutions with latitude for operations” with “vague or insufficient” guidelines.

The new reports stem from a 2021 bill, AB416, that authorized legislative auditors to comb through certain NSHE accounts ranging from 2018 to 2022. Legislators had originally called for a much more expansive audit for accounts dating back to 2014, though the push was scaled back under concerns auditors would not have the resources to match the bill’s scope.

Those listed violations include institutions moving “significant” amounts of money between state-supported accounts — or those funded by public, taxpayer dollars allocated by lawmakers — and self-supporting accounts — those funded by students fees, tuition, and other ancillary fees — in a bid to use all the state funding allocated to the institution.

Such transfers, auditors said, meant that a minimal amount of unused money was reverted back to the state’s general fund for “many fiscal years.”

“I find, in this audit, a good deal of advice for us to improve board policy about how student fees are allocated and spent and board policy about what to do if there are reserves,” NSHE Acting Chancellor Dale Erquiaga told lawmakers on the legislative audit subcommittee.

Auditors also highlighted multiple instances in which individual institutions used student fees or tuition funding for purposes outside the scope of those fees, such as the use of lab fees or course fees on more general administrative overhead costs.

That also includes two unnamed institutions that spent $6.7 million in funding designed for “general improvement” — such as advising or counseling services for all students — on athletic and band programs instead.

Though such transactions represented a small portion of the total — auditors found 2 percent of tested restricted transactions were spent inconsistent with Board of Regents policy — auditors called on regents to remove any ambiguity that would allow such spending again.

Similarly, auditors raised concerns over some programs carrying over thousands or tens of thousands of dollars in unspent student fees over multiple fiscal years, despite policy limiting fee-balance carryovers to just one fiscal year. In one extreme case, an unnamed UNR program carried over funds for 15 years, totaling $53,241. At UNLV, another single program carried over fee money for four years, totalling more than $2.9 million.

Auditors also discovered that UNLV and UNR used almost $5 million in state operating funds, which are meant to be used for instructional and operating costs, to instead help pay for capital construction projects.

Among 27 capital construction projects managed by UNLV and UNR, auditors found three cases in which, under state law, the projects should have used the construction management services of the State Public Works Division, but did not receive such oversight. Auditors additionally found issues with change orders, used to amend construction contracts, that resulted in more than $200,000 “in inappropriate payments to contractors.”

That partnership resulted in UNLV losing some control over the management of the construction project, including “accountability for the use of state-appropriated funds,” totaling $25 million.

In a written response attached to the end of the budgetary audit, Erquiaga agreed with and accepted all 33 requested changes, and said the system “has begun the important work necessary to properly address the findings.”

The Board of Regents is scheduled to meet next week to discuss the findings of the audit, though the agenda item is listed as “information only,” and no votes are scheduled.

Separately, auditors also found that NSHE broadly implemented “reasonable” monitoring and structural practices for its investment funds, which was used to offset roughly $129 million out of $164 million worth of mandatory budget cuts made during the earliest months of the COVID pandemic.

That investment funding came in two chunks of so-called “special distributions,” both stemming from a rainy-day market fund unique to NSHE. However, the investment funds were also distributed before the federal government began widely dispersing aid through legislative packages like the CARES Act and the American Rescue Plan, and auditors found roughly $70 million in unspent special distributions at the end of fiscal year 2022.

Institutions indicated to auditors that the money will likely remain in reserve, offset expected declines in enrollment or be used as a means to fund certain maintenance projects that would otherwise remain unfunded.

The bill triggering the new audits, AB416, emerged in part as a companion measure to efforts to remove the Board of Regents from the Nevada Constitution, and in so doing, increasing legislative authority over higher education governance.

A ballot measure to accomplish that task, 2020’s Question 1, failed by a margin of less than 3,900 votes. However, it was revived in 2021 as SJR7, which in its new form, also included language requiring additional legislative audits of NSHE.

That language was included in part at the behest of the Council for a Better Nevada, an outside group backed by philanthropists that has long criticized the Board of Regents and sought to increase legislative control over the board.

The group’s president, Maureen Schafer — also among the leaders of the private company tasked with building the UNLV medical school building — said in an emailed statement that the new audits "only begin to scratch the surface," and that NSHE still remains the state's "least scrutinized agency."

In response to the findings from auditors questioning the legal standing of the UNLV medical school building construction, however, Schafer said the process was "thoroughly reviewed" by the administration of former Gov. Steve Sisolak, which believed the project was on "solid legal footing."

Update: 1/13/23 at 9:24 a.m. - This story was updated to include comments from Maureen Schafer on the audits, whose group, the Council for a Better Nevada, has backed such audits of NSHE during past legislative sessions.