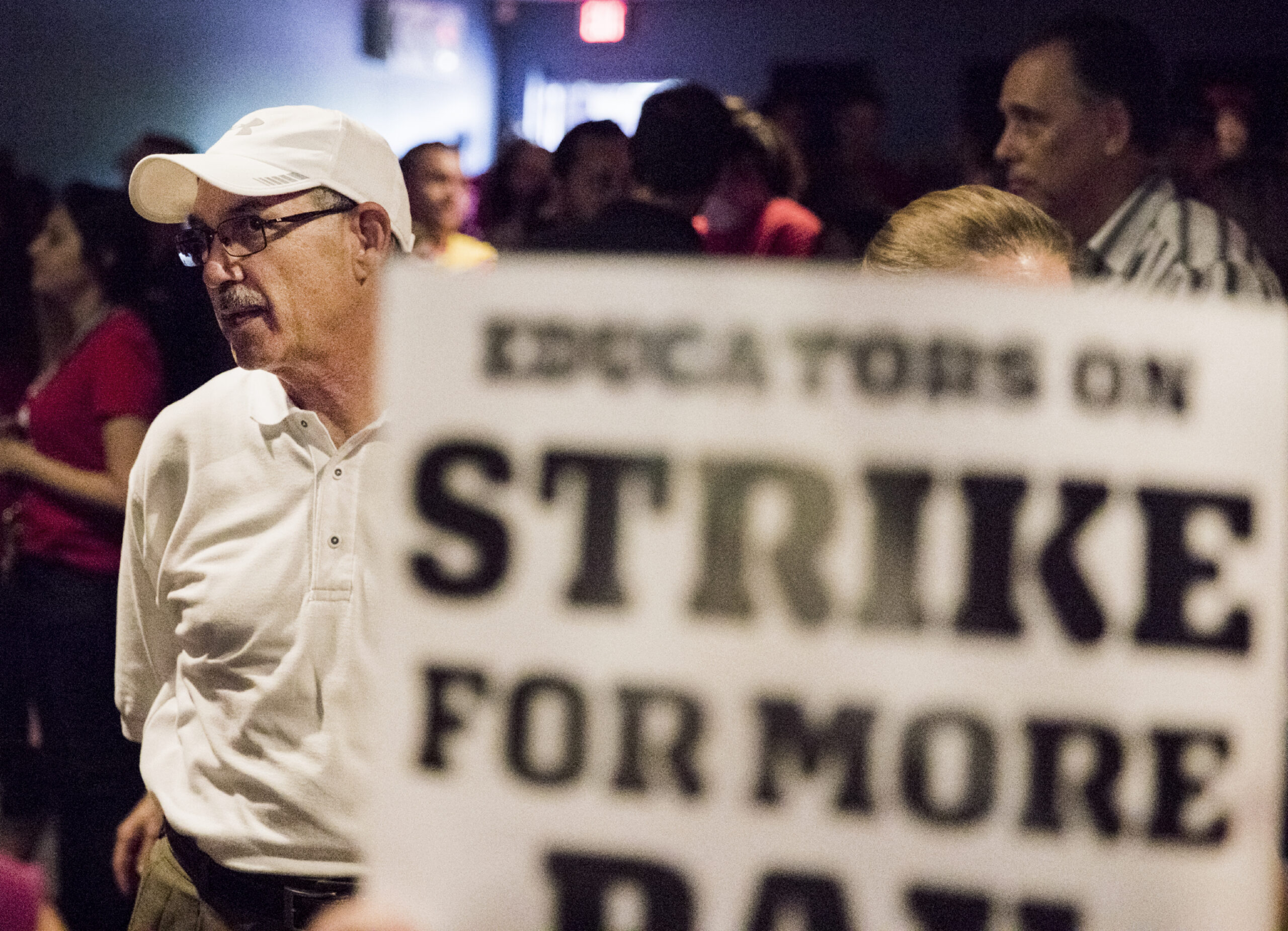 Attorneys for a PAC affiliated with the Las Vegas Metro Chamber of Commerce are suing to block a teacher’s union-backed initiative to raise the state sales tax, saying it doesn’t tell the “uncomfortable truth” that it would create the highest base statewide sales tax rate in the nation.

The lawsuit was filed Wednesday in Carson City District Court on behalf of the chamber-run political action committee BizPAC. It says there are misleading statements in a summary of the initiative petition, which is supported by the Clark County Education Association (CCEA) and would increase the Local School Support Tax portion of the state’s sales tax to raise an estimated $1 billion in additional tax revenue annually.

“The initiative petition at issue in this case would raise Nevada’s sales tax rate to the highest statewide average sales tax in the nation. Yet the initiative’s description of effect does not tell voters that. It does not even tell voters what the new sales tax rate will be,” lawyers wrote in a legal brief. “Instead, the description of effect is drafted to hide the true effect of the petition.”

The lawsuit comes just a day after attorneys for the Nevada Resort Association, a trade group of the state’s major casinos, filed a similar lawsuit alleging inaccurate information on a CCEA-backed petition to raise the state’s gaming tax by more than 40 percent.

The two petitions have been described by union leader John Vellardita as the “final fix” for the state’s education funding woes and would likely raise more than $1.3 billion in tax revenue each year if approved. But business groups, including the resort association and chamber, have staunchly opposed the efforts and warned that major policy decisions shouldn’t be made at the ballot box.

In an interview, Vellardita said he felt confident in the petition language and said he wasn’t surprised the chamber was pushing back, pointing to the group’s late decision in 2015 to support a tax package put forth by then-Gov. Brian Sandoval.

“They’ve always dragged their feet on finding funding solutions,” he said, describing the legal challenges as “business interests, in a self-serving way, protecting their own interests.”

The initiative petition calls for raising the state’s Local School Support Tax by 1.5 percentage points — from 2.6 percent to 4.1 percent. Combined with other elements of the sales tax, the state’s base tax rate would be 8.35 percent, higher than California’s 7.25 percent base statewide rate.

Because of add-ons at the local level, the final sales tax rate would vary by county, with Clark County’s rate being 9.875 percent — the highest in the state.

In a briefing, chamber attorney Kevin Benson took issue with the petition’s summary or “Description of Effect,” which says it will raise the Local School Support Tax to 4.1 percent. The lawsuit argues that because the so-called LSST is a portion of the overall sales tax rate, voters are not informed that the total sales tax rate in Clark County will be close to 10 percent.

Opponents also say the petition doesn’t fully explain the potential adverse effects of a higher sales tax on the economy.

The brief also argues that because a portion of the LSST can support municipal-level “tourism improvement districts,” the description omits key information when it says the “proceeds of the Local School Support Tax support Nevada’s public schools.”

It also says that the stated effective date of the petition if approved by voters is incorrect, and would actually occur 38 days sooner because of constitutional requirements that initiatives take effect immediately after the state Supreme Court finishes canvassing results after an election.

On Tuesday, attorneys for the Nevada Resort Association filed a lawsuit challenging a CCEA gaming tax initiative petition, alleging that the “description of effect” included on signature collection forms was fatally flawed and contained inaccurate information of when the initiative would take effect and which budgetary source the increased tax revenue would flow into.

State law requires backers of a statutory initiative to obtain signatures from at least 10 percent of registered voters who cast a ballot in the previous election. For the 2020 election cycle, that means a minimum of 97,598 valid signatures total and at least 24,400 in each of the state’s four congressional districts must be submitted by Nov. 18, 2020.

If a sufficient number of signatures are deemed valid, the initiative petition moves to the 2021 Legislature, where lawmakers have a 40 day window to approve the petition. If they reject the petition or take no action, it would then move to the 2022 ballot.

In a press release, the chamber said the initiative petition “fails to disclose to voters the full story” of the effects on raising the state’s sales tax rate.

“The petition does not make clear that it will raise costs for Nevada families on everyday goods such as clothing, shoes, and school supplies, nor does it inform voters that it will have a chilling effect on retail spending by visitors to our region,” the organization said. “This petition is reckless tax policy and does not enlighten voters of the significant burden it will place on Nevada families and the damage it will have on our economy.”

Lawsuit against CCEA sales ... by Riley Snyder on Scribd