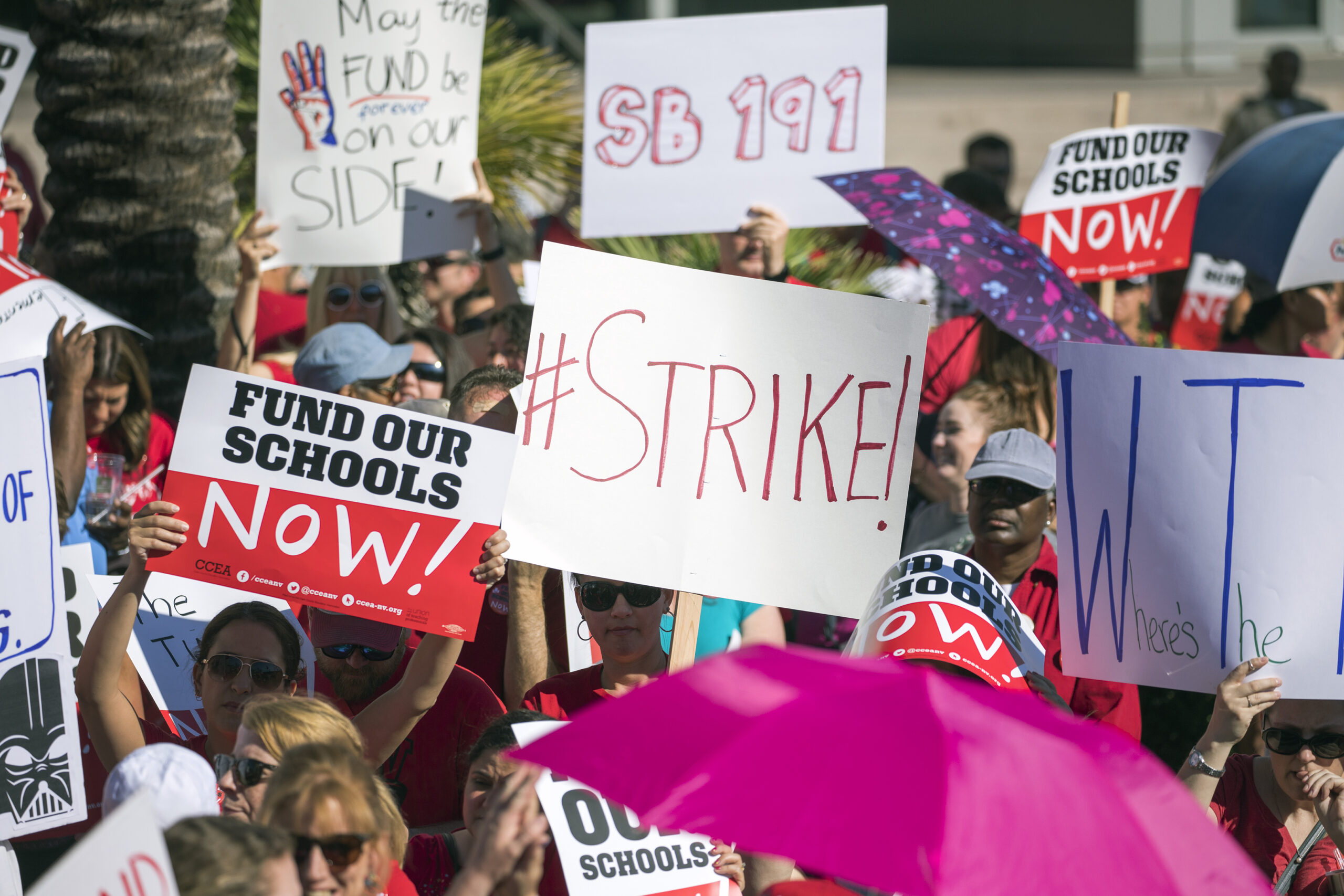 A teacher union’s proposal to raise the sales tax is estimated to bring in just over $1 billion a year for school districts and state education accounts.

The Legislative Counsel Bureau’s Fiscal Analysis Division released its estimate on Monday of how much revenue the Clark County Education Association’s proposed initiative petition, which was unveiled last month, would bring in to state and local coffers.

The proposal calls for raising a portion of the state’s Local School Support Tax by 1.5 percentage points — from 2.6 percent to 4.1 percent. The final sales tax rate would vary by county, with Clark County’s rate being 9.875 percent, the highest in the state.

Fiscal analysts estimated that the higher sales tax would result in approximately $999.6 million in additional revenue for school districts and the state’s K-12 budget account in the 2021 fiscal year, and another $7.6 million to the state’s general budget fund through a 0.75 percent commission on sales tax revenue.

Analysts also warned that several carve-outs in state law could affect tax revenue figures, including provisions redirecting or abating portions of sales tax collected in tourism improvement or economic development districts created by municipalities. Although the division said those factors would affect tax collections, it “cannot estimate the revenue impact that may occur with any reasonable degree of certainty.”

The Nevada Department of Taxation also estimated that updating tax rates and distributions for a sales tax increase would require approximately $71,000 in programming charges.

The sales tax increase is one of two proposals from the Clark County Education Association as part of what union leader John Vellardita describes as the “final fix” for Nevada’s education funding woes. The other proposal is a gaming tax increase projected to bring in $652 million over a two-year budget cycle.

Critics, including the Retail Association of Nevada and the Las Vegas Chamber of Commerce, say they are concerned about enacting such a major policy by a ballot measure instead of the legislative process, where the proposal could be refined. They also say the sales tax increase represents a “dramatic increase” that could change consumers’ purchasing behavior.

Qualifying a statutory initiative requires the gathering of signatures from at least 10 percent of registered voters who cast a ballot in the previous election. For the 2020 election cycle, that means a minimum of 97,598 valid signatures and at least 24,400 in each of the state’s four congressional districts submitted by Nov. 18, 2020.

If enough signatures are found valid, the initiative petition moves to the 2021 Legislature, where lawmakers have 40 days to approve the petition. If lawmakers reject the petition or take no action, it would go to the 2022 ballot.

State law requires the fiscal division to consult with the Nevada secretary of state’s office on any filed initiative petition, and to prepare a fiscal note within ten business days of the petition being filed.