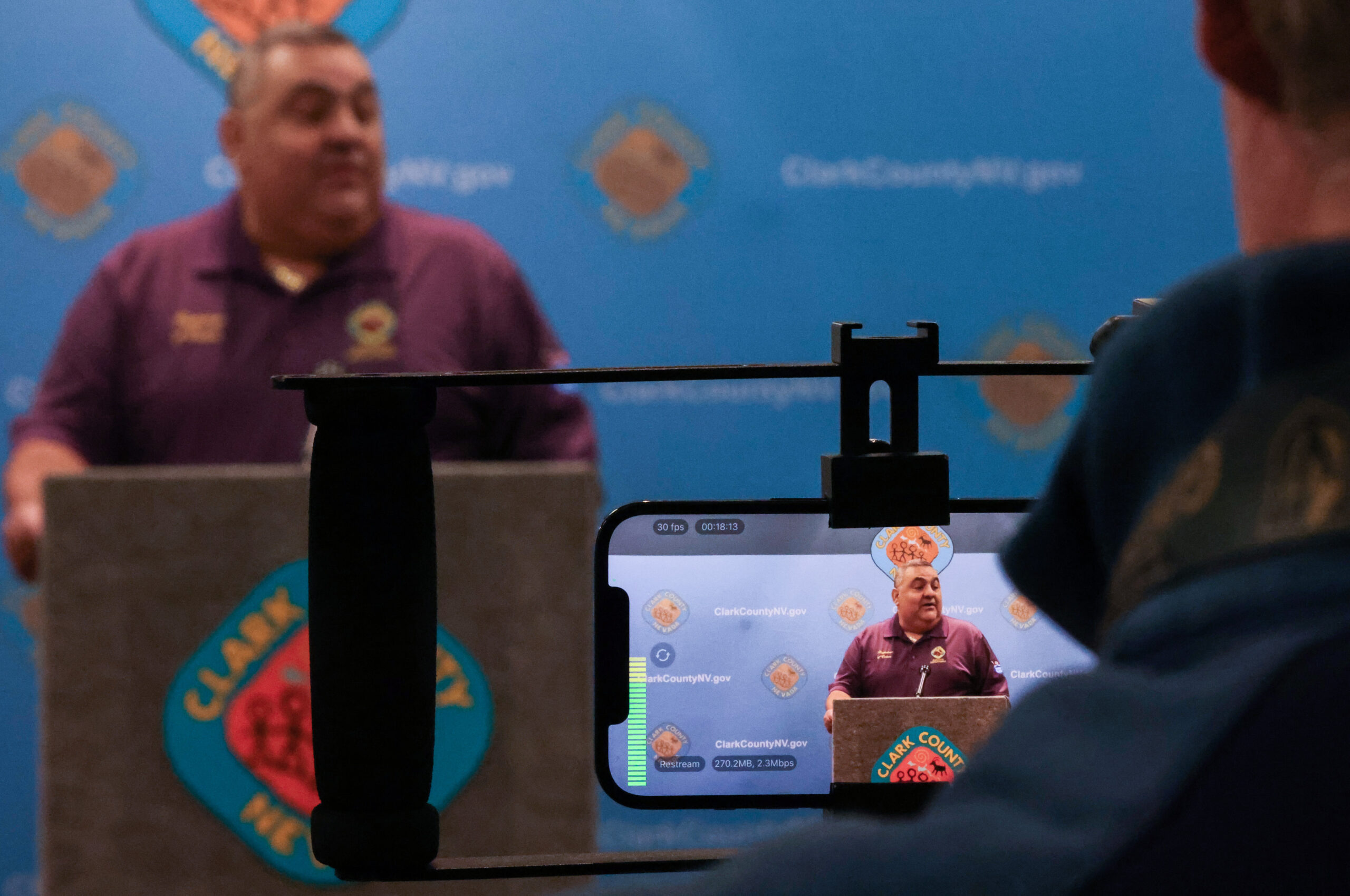 For election updates and race calls, check out our live blog here.

More than 60,000 mail ballots in battleground Washoe County and at least 84,000 ballots in Democratic-leaning Clark County remain uncounted roughly 18 hours after the close of polls, leaving Nevada’s tight Senate and gubernatorial race too close to call.

That includes more than 14,700 ballots dropped off on Monday and picked up by the U.S. Postal Service on Tuesday. He said results from those ballots will be added to the count later this evening. Gloria also said the postal service had picked up another 12,700 ballots on Wednesday, and that the postal service would continue to deliver ballots through the statutory deadline on Saturday.

Both parties have eyed mail tallies closely, amid expectations that as-yet uncounted ballots could favor Democratic candidates in key races. Democrats up and down the ticket held leads in early counts of mail and early vote ballots, and it was late-counted mail that contributed to the “red mirage” of Nevada’s 2020 election, in which Democrats eventually won competitive races after trailing on Election Day.

As Clark County receives and counts mail ballots, another factor that could affect vote counts is signature verification. If a signature is missing or doesn’t appear to be a match from registration records, the ballot needs “curing.” So far, 9,579 ballots have entered into the cure process, Gloria said, and of those, 5,396 people have not yet cured their ballots.

Monday is the last day for voters to cure their ballots if they’ve been flagged for signature verification. Gloria said voters who received a notification from the county about needing to cure their ballot should call a hotline number (​​702-455-6552) for assistance.

The county will staff the hotline number on Saturday and Sunday “to give members of the general public as much opportunity to cure their ballot as possible,” Gloria said.

“That number will continue to grow until we're finished processing mail ballots,” he added.

Nevada Democratic Victory has set up a volunteer effort to contact voters who need to have their signatures cured.

As for the 5,555 provisional ballots that came in during the early vote period and on Election Day, those cannot be counted until the county receives a report from the secretary of state’s office, which Gloria said won’t come “until next Tuesday at the earliest, Wednesday at the latest.”

Provisional ballots are cast when there is a question about a voter’s eligibility, such as if a person’s name does not appear on a registration list or when verification is needed for same-day registrants.

Clark County election officials plan to hold daily press briefings to give new information and update results, though a time has not been determined. Gloria declined to estimate how many mail ballots may arrive through the postal service over the next few days, saying there’s “no way” to tell.

“I've got one election, the 2020 general [election] to compare it to,” Gloria said. “That was a presidential. This is a midterm. So I don't have any comparisons.”

In Washoe County, election officials said Tuesday that a high volume of mail-in ballots would delay tallying up all those results. The Reno-area county received more than 18,500 mail ballots on Election Day. There are approximately 61,000 ballots for which results have yet to be reported. That number does not include mail ballots that will continue to arrive after Election Day.

As of Sunday, mail-in ballots accounted for 60 percent of the turnout in the county, with in-person voting making up the remaining 40 percent. Washoe County Interim Registrar Jamie Rodriguez said the county received more mail ballots than expected, including roughly 4,000 ballots from the postal service Wednesday morning. She noted that the county is still processing those ballots, along with others still arriving.

Though the county may release some tabulations Wednesday night, Rodriguez cautioned that the next significant drop of ballot totals will likely come later this week. She estimated that officials will be able to count the majority of mail ballots by the end of the day on Friday.

Part of the delay also stems from the need to address errors such as damaged ballots, ballots filled out or written on with colored ink and mismatched signatures.

“Please be patient,” Rodriguez said. “We don’t want to do it fast, we want to do it right. It is extremely important that we are transparent in how we’re doing it. Every ballot needs to be treated the same .. so that the results can be accurate.”

All counting must be completed 10 days after the election, or by Nov. 18.

Updated: 11/09/22 at 4:45 p.m. - This story was updated to include new details on the precise number of mail ballots voted through drop boxes in Clark County on Election Day, following an announcement of those numbers late Wednesday.