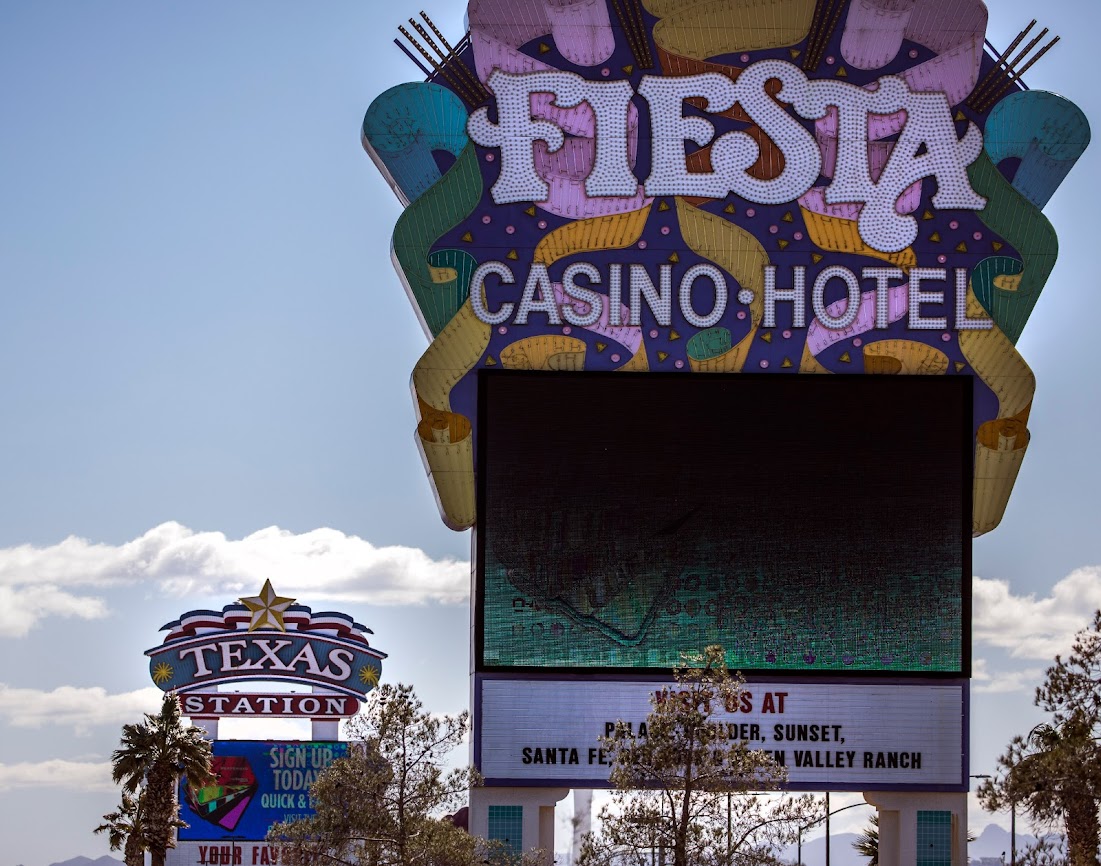 Two North Las Vegas casinos that have been closed for 23 months and a nearly 38 percent decline in visitation to Laughlin kept the Clark County communities from meaningful participation in Nevada’s record-shattering $13.4 billion gaming revenue year in 2021.

According to the Gaming Control Board, the markets were the only two of Nevada’s 18 reporting jurisdictions where 2021 gaming revenue totals didn’t surpass their pre-pandemic 2019 results. North Las Vegas gaming revenue of $285.7 million was 5.5 percent below 2019 levels. Laughlin’s gaming total of $486 million was 5.1 percent off from two years ago.

At least one analyst was surprised North Las Vegas and Laughlin were down from pre-pandemic figures.

Residents and others who were visiting Southern Nevada casinos also spent more money than in prior years.

Clark County’s record-breaking gaming revenue of $11.4 billion in 2021 was boosted by the Strip’s single-year record of $7.07 billion, even as the Strip saw roughly 10 million fewer visitors than two years ago.

“Further underlying the strength of Clark County’s slot (revenues), in each of the last eight months slot (revenues) has surpassed the previous monthly record set in October of 2007,” Lawton said.

But those results didn’t carry over to North Las Vegas and Laughlin.

Lawton blamed the declines in North Las Vegas on the two closed casinos, which are operated by Red Rock Resorts. Combined, Texas Station and Fiesta Rancho, both located on the east side of Rancho Road, have nearly 3,200 slot machines – roughly 41 percent of North Las Vegas’ pre-pandemic casino market.

Laughlin, which also saw one casino – Golden Entertainment’s Colorado Belle – not reopen, was affected by tourism declines. The drop in visitation included a 59.7 percent decline in charter airline passengers flying in and out of Bullhead City, Arizona’s small airport, located directly across the Colorado River from Laughlin.

The community’s 10 commercial casinos skew toward an older customer base, which analysts said was a contributing factor considering the pandemic.

Beynon said casino customers aged 55 and above stayed on the sidelines during much of 2021, not only in Laughlin but nationwide.

Brendan Bussmann, a partner with Las Vegas-based Global Market Advisors, said Laughlin is considered a regional market, but does pull in locals from the Bullhead City area and surrounding communities.

“There remains an opportunity with North Las Vegas, Laughlin, and even on the east side of Las Vegas and Henderson, to dive into that locals market that has not been able to return to their previous patterns,” Bussmann said.

North Las Vegas and Laughlin weren’t the only markets with casinos that remained closed even after the shutdown ended.

South Tahoe’s gaming numbers could have been larger, but the Caldor Fire in California caused the businesses to close for nearly a week during the normally busy Labor Day holiday weekend.

The Palms Casino Resort, which Red Rock sold to the San Manuel Indian Tribe, is expected to reopen by the end of next month after a two-year closure. The property’s gaming totals are included in the Strip’s results, given its West Flamingo Road location in the resort corridor.

During the company’s fourth-quarter earnings call Wednesday, Chief Financial Officer Stephen Cootey said Fiesta Rancho and Texas Station won’t be back in business until “we're confident we can deliver incremental value to the overall portfolio.”

“We don’t talk about individual properties,” Boyd Gaming CEO Keith Smith said Thursday in an interview following the company’s fourth-quarter earnings conference call. “But I would say the decline has to be largely related to those properties not being in business.”

Smith surmised Aliante and Cannery may have picked up some of the business from Texas and Fiesta. Other customers may have migrated to Red Rock’s Santa Fe Station, which is north of Rancho Road.

“We know the business was dispersed and went elsewhere in the Valley,” Smith said. “It might have gone to some of the local bars and taverns.”

North Las Vegas Mayor John Lee said he hasn’t spoken with Red Rock Resorts representatives about reopening or selling the closed casinos. But his concerns about the lost businesses and jobs have been alleviated given the changes that have taken place in the North Las Vegas business environment over the past few years.

“It would be nice to get those jobs and the amenities back. Those were very good for us,” Lee said. “I learned from the Great Recession over here that relying strictly on gaming is just too problematic. Our priority has been to create a diverse economy. I have no problem with gaming following the growth.”

Lee said North Las Vegas has focused on attracting manufacturing businesses in the past two years with the top 10 companies accounting for some 1,800 jobs. In the last three months of 2021, city officials said another 1,000 manufacturing jobs would be moving into North Las Vegas.

According to data from Home Builders Research, North Las Vegas led the valley in new home construction in 2021 and additional planned developments account for 11,500 new homes. In the past two years.

Smith said business at the two Boyd properties picked up because of the activity.

“We're quite happy with our portfolio in that part of the market,” Smith said. “You look at the housing and at what's going on out there, it's a growing market and there are a lot of positive signs.”

Cootey said Red Rock continues to evaluate reopening the casinos and hasn’t considered a sale. In the past two years the parking garage at Texas Station has been used as COVID-19 testing center and food distribution outlet.

The company has six vacant sites in Southern Nevada targeted for expansion, including a 71-acre site on Durango Drive and the 215 beltway. Red Rock has a 57-acre site on Cactus Avenue and Las Vegas Boulevard that is listed for sale.

Laughlin’s only closed casino is also not close to reopening.

In response to an emailed question, Sean Hammond, general manager of Golden Entertainment’s Laughlin properties, said he didn’t have an update on the status of the Colorado Belle. The nearly 1,200-room hotel-casino sits in between the company’s two other casino resorts along the river, the 1,900-room Aquarius and the 1,100-room Edgewater.

According to the Las Vegas Convention and Visitors Authority, Laughlin had more than 1.8 million visitors and 9,875 total hotel rooms in 2019. In 2021, the figures were down to 1.2 million total visitors and 8,635 rooms.

Hammond declined to comment on several questions about visitation to the company’s two Laughlin casinos in 2021 or any forward booking trends expected in 2022.

Visitation to Laughlin is dependent on special events, but one of its largest annual gatherings, the Laughlin River Run motorcycle rally, didn’t take place in either 2020 or 2021 due to COVID-19.

“However, due to the destination and beautiful riding weather we still had many motorcycle enthusiasts visit,” Hammond said.

Golden Entertainment also operates the Laughlin Events Center, an outdoor facility that seats up to 21,000.

“Last year, concerts didn’t return until the fall,” Hammond said. “We’ve announced several spring and summer concerts already between the Laughlin Event Center and E Center (at the Edgewater) and we are looking forward to a great fall concert season.”

Caesars Entertainment also operates two resorts in Laughlin, the 1,500-room Harrah’s Laughlin and the 1,450-room Tropicana Laughlin. A company spokeswoman did not provide a representative for comment about the market.

Neither Caesars nor Golden Entertainment break out Laughlin results in their quarterly earnings.