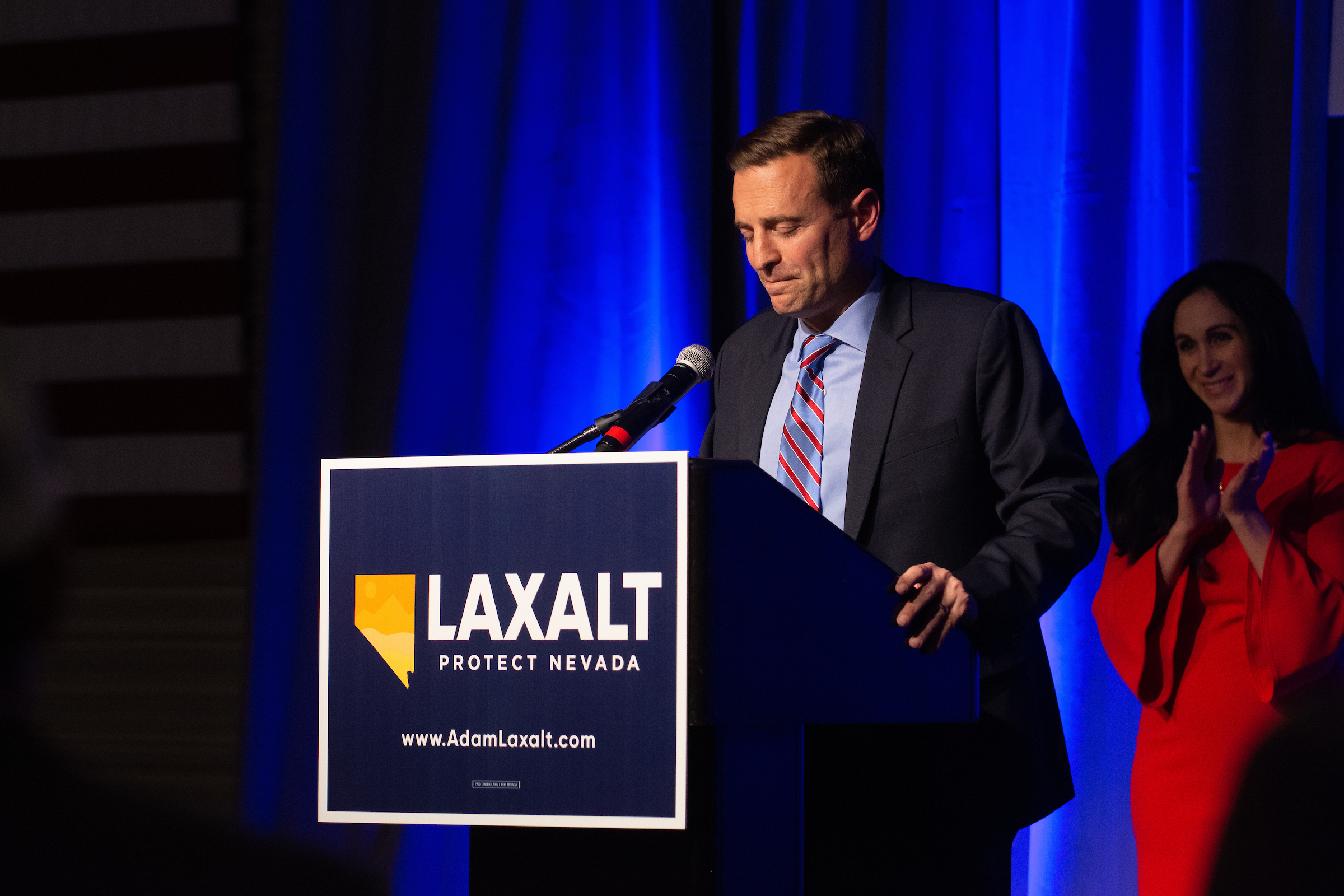 Former Republican gubernatorial candidate Adam Laxalt leads Rep. Mark Amodei in a hypothetical primary race, according to a recent poll by the Club for Growth, a conservative group known for enforcing orthodoxy among Republicans.

“Rep. Mark Amodei has failed to support conservative principles as well as President Trump during his time in office, and Nevada voters recognize that,” said Club for Growth PAC President David McIntosh.

“Meanwhile, should former Nevada Attorney General Adam Laxalt, a principled, pro-growth conservative, decide to enter the race, he already has a lead, and that lead would grow as voters are reminded of Amodei’s support of Democrats and the sham impeachment,” McIntosh continued. “The message to Republican candidates is clear – cozying up to Democrats on impeachment will result in severe consequences at the ballot box.”

Amodei has never supported impeachment of the president.

Laxalt has also said he’s not interested in Amodei’s seat, according to The Las Vegas Review-Journal’s Steve Sebelius.

A spokesperson for Amodei’s campaign did not immediately provide a comment in response to the poll.

The poll comes after Trump’s 2020 campaign did not tap Amodei to be a campaign chair as it did in 2016.

The group specifically took issue with Amodei’s support for an inquiry into Trump dealings with Ukraine. House Democrats are leading an impeachment inquiry into Trump’s efforts to press Ukraine to interfere in the 2020 election against a political rival, his withholding of military aid and a White House meeting to the country and possible efforts to cover up his actions.

Amodei has said that he supports congressional oversight on the matter. But he has been critical of the process. He also wants to wait for the process to be concluded before making any judgment.

According to the Club for Growth poll, Laxalt leads Amodei in a hypothetical primary match-up by four percentage points, 39 percent to 35 percent with 27 percent undecided.

After primary voters were informed of Amodei’s comments supporting the inquiry, support for him fell to 26 percent, while Laxalt’s rose to 56 percent with 19 percent undecided.

On key votes determined by the group, Amodei has a 60 percent lifetime rating of voting with the Club for Growth and a 47 percent rating for 2018.

Recently the group has announced it would run ads against Sen. Mitt Romney, a Republican from Utah, who has been critical of Trump. Romney recently gave a scathing speech against the president's initial decision to withdraw troops from Northern Syria and leaving U.S. allies the target of an invasion by Turkey.