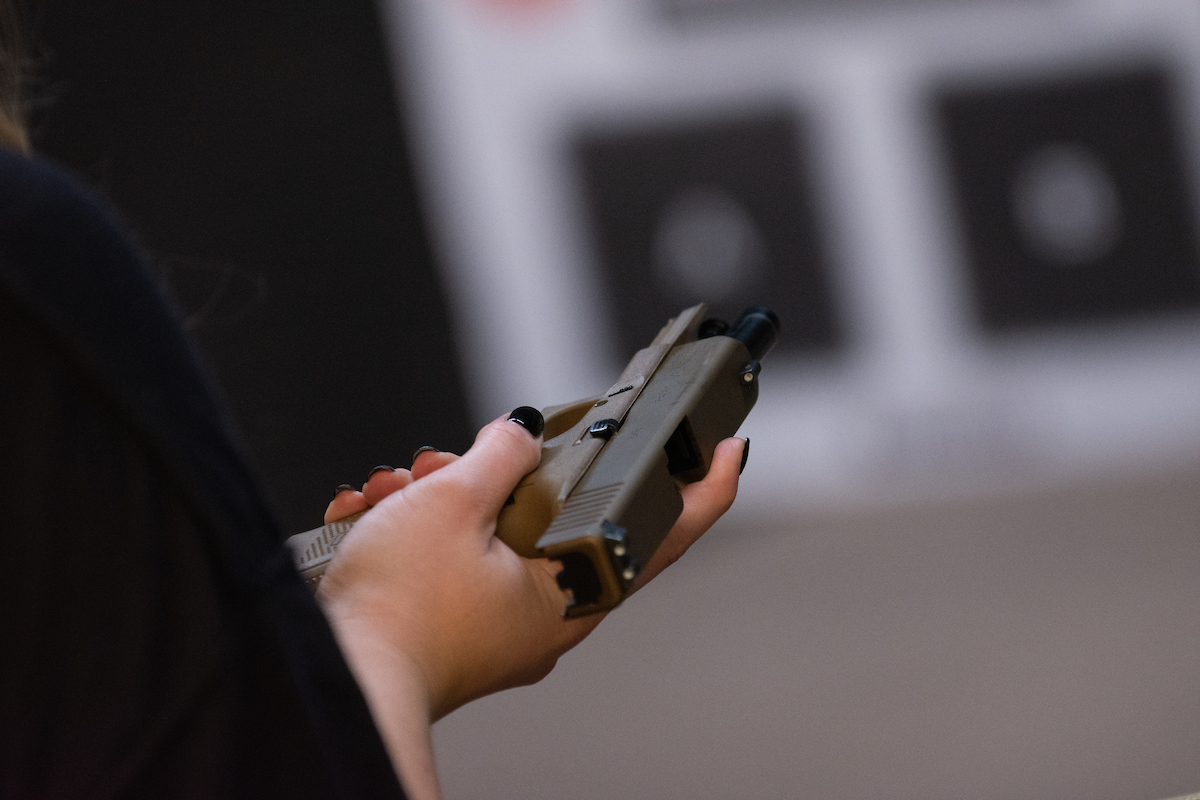 A committee to recall the Humboldt County sheriff and remove him from office says it submitted more than the required number of signatures on Friday to qualify the call for a special election, but organizers are reeling after learning that county officials violated election rules by allowing the target of the recall to thumb through the petition before submitting the signatures to the secretary of state.

Humboldt County Clerk Tami Spero said on Tuesday that, upon his request, she allowed Sheriff Mike Allen, the target of the recall, to flip through the pages of the petition while a deputy, who had full view of the sheriff and the document, observed him. She added that Allen is “allowed to view the petition because it is a public record.”

But in an interview with The Nevada Independent on Tuesday, Deputy Secretary of State for Elections Wayne Thorley cited a state law that says a recall petition “must not be handled by any other person except by an employee of the county clerk’s office until it is filed with the Secretary of State.” However, Thorley said that the intent of the law was upheld.

“The whole spirit of the law is just that the county clerk retains possession and control of it, so it’s not altered or taken from her possession,” Thorley said on Tuesday. “Because the intent of the law was not violated, no action will be taken by the Secretary of State.”

Proponents of the recall, which was launched because Allen would not publicly promise that he would flout new gun control laws approved by the Legislature earlier this year, notified the secretary of state when they found out that the sheriff had been allowed to handle the petition while it was with the clerk.

Following efforts to recall three Nevada state senators in 2017, state legislators approved a bevy of new rules and requirements that increased the difficulty of gathering signatures for a recall and qualifying it for the ballot.

Once the secretary of state gives the county notice of verification, people who signed the petition have 10 to 20 days to request their signatures be removed. Election rules also allow the subject of a recall effort to challenge the effort in a District Court.

Allen, the sheriff who is the subject of the recall, declined to comment on whether he would file a complaint with the District Court if the recall is verified by the secretary of state’s office. He said that he has spoken with Gov. Steve Sisolak and Attorney General Aaron Ford about concerns with public reception of new gun laws and how to enforce them.

“[The attorney general] made it very clear that the only group that can deem a law unconstitutional is the Supreme Court,” Allen said in an interview on Monday, adding that one of his biggest concerns about new gun control laws is that they passed “in the eleventh hour.”

Passed in May, AB291’s “red flag” provision allows law enforcement or relatives of a person believed to be high risk to petition a judge to temporarily confiscate that person’s firearms. It also bans certain accessories such as high-capacity magazines and bump stocks.

The law garnered support from some advocacy groups, but conservative critics have said that the bill, which was significantly amended just before it went to a final vote in the Senate, defines “high risk” too broadly.

Last week, the nonprofit conservative group NevadansCAN filed a lawsuit to block implementation of AB291 on the grounds that seizing a person’s firearms violates due process if the order comes from a judge and not a jury. The Nevada Supreme Court ruled in September that, in cases of misdemeanor domestic violence, it is unlawful to confiscate a person’s firearms for an extended period of time without giving them the option of a jury trial.

As AB291 was circulating in the Legislature, several sheriffs from rural counties across the state expressed concerns about the law, as well as some outright rejection of it. County commissions in Elko, Douglas, Lyon and Nye counties have passed “Second Amendment sanctuary” resolutions pushing back against the law, which will go into effect in January.