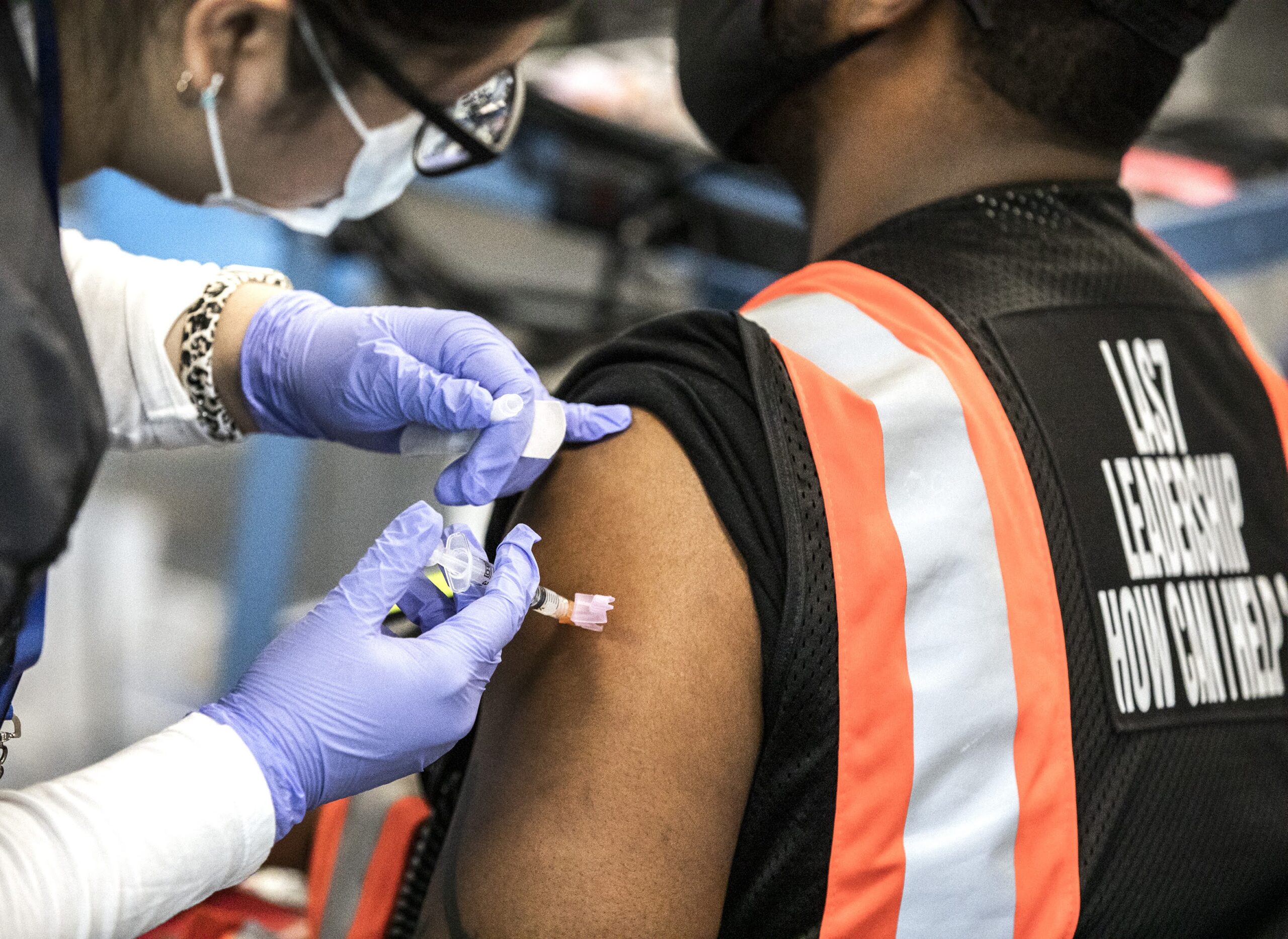 Welcome to the 46th installment of “Coronavirus Contextualized.”

For more than a year now, we have brought you the latest COVID-19 numbers in Nevada, including COVID-19 cases, hospitalizations and deaths, and provided context to them on a near-weekly basis through this series. You can view the prior editions of “Coronavirus Contextualized” here.

As noted in the last edition, we plan to continue providing you with the data you need to know about COVID-19 in Nevada for as long as necessary. However, “Coronavirus Contextualized” now publishes on a semi-regular basis, which means we may occasionally skip a Friday or two if there are no new trends to report.

Below, we explore a recent uptick in COVID-19 cases and hospitalizations, which comes as the vaccine rollout ramps up with an expansion of eligibility to those 16 and older this week.

After three months of relatively steady declines and plateaus, the average number of COVID-19 cases reported each day saw a small uptick this week.

It’s important to note, though, that the number of new cases reported each day remains at a low level. At the peak of the case surge this fall, the seven-day average was 2,736, on Dec. 10. The previous low point, in mid-September, was 267.

“This is not unusual or out of line from what we’ve seen previously as we have loosened restrictions,” Cage said. “While we are closer to the end than the beginning, we must continue to follow mitigation measures to help slow the spread.”

Since the beginning of the pandemic in March, there have been 306,358 COVID-19 cases reported statewide. A little more than 3 percent of those cases, 9,863 have been diagnosed in the last month, and 0.7 percent, or 2,189 cases, have been reported in the last week. Both of those percentages are slightly up from those seen two weeks ago.

Since the beginning of the pandemic, 1 in 10 Nevadans has tested positive for the virus.

Nevada’s test positivity rate, which looks at the percentage of tests or people coming back positive out of the total tested, also started to see a bit of an increase this week.

Starting with the number of new reported people who tested positive for COVID-19 out of the total number of new reported people tested each day, the state’s seven-day average test positivity rate was about 9.7 percent as of Thursday. That number, however, has been affected by both unusually low and unusually high single-day test positivity rates in the last week, which makes it difficult to see how the data are trending.

It is not possible to independently calculate the test positivity rate based on test encounters because the state only reports the number of positive cases, not the number of positive test encounters. However, the state does provide this number, calculated as an average over a 14-day period with a seven-day lag. As of Wednesday, that number was 4.7 percent, up from a low point of 4.2 percent, where the rate had been for six consecutive days until Sunday.

That number, though, is still significantly down from a high of 21.4 percent in mid-January and remains under the 5 percent threshold recommended by the World Health Organization for reopening.

Since the beginning of the pandemic, more than 1.5 million people — roughly 1 in 2 Nevadans — have been tested for COVID-19, and there have been more than 3 million individual testing encounters.

Nearly two-thirds of Nevadans are now either fully or partially vaccinated against COVID-19.

That means that 31.1 percent of Nevadans have been either fully or partially vaccinated. In total, Nevada has received nearly 2 million doses of the vaccine for distribution.

According to the CDC, Nevada has received the fourth fewest doses per capita of any state — the state was at 8th two weeks ago — at 64,171 per 100,000 residents. Alaska has still received the most doses per capita at 94,730 per 100,000. The federal government has told state officials that it is using the 2018 American Community Survey population numbers, which may not accurately reflect Nevada’s current population, to allocate doses to states.

The number of new COVID-19 deaths reported each day is back up after a brief weeklong dip.

Over the last seven days, 57 new COVID-19 deaths have been reported across the state, including:

Pershing County continues to have the highest number of deaths per capita in Nevada, with 30 deaths per 10,000 residents, followed by Nye County at 23 and Carson City at 22.

COVID-19 hospitalizations have started to creep back up as well.

There were 341 people hospitalized with COVID-19 as of Wednesday, the last day for which data is available, up from 273 a week ago.

The state hit a record low number of hospitalizations, 259, on March 28. Hospitalizations peaked during the fall surge at 2,025 on Dec. 13.

The Nevada Hospital Association, in its weekly report, noted that it was seeing increases in hospital volume as it predicted last week.

“However, we believe the increases will be at a slower tempo and will not overpower hospital capacity based on the appreciated vaccine effectiveness and the public’s continued willingness to receive the vaccine,” the association wrote. “In the meantime, the continued need for social distancing and individual responsibility cannot be understated.”

Only one of the state’s 17 counties, Lyon, is considered at elevated risk for the spread of COVID-19 according to state criteria as of Thursday.

Lyon County is flagged for a too high case and test positivity rate.

Carson City continues to have the highest case rate in the state at 354 cases per 100,000 residents in the last 30 days. Washoe County comes in second at 284 followed by Lyon at 229. No other counties currently have an elevated case rate.