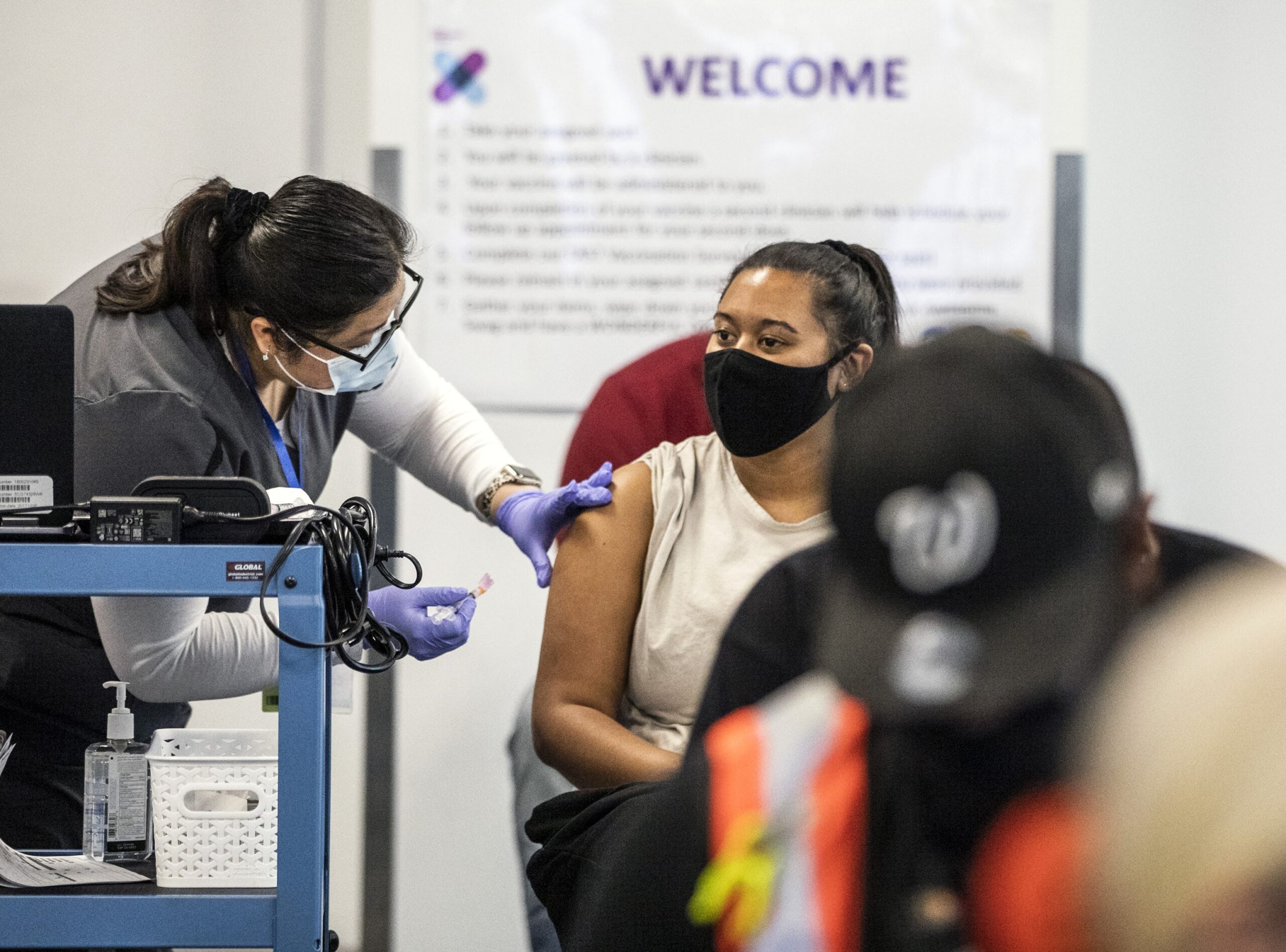 Welcome to the 50th installment of “Coronavirus Contextualized.”

For nearly fifteen months now we have brought you the latest COVID-19 numbers in Nevada, including cases, hospitalizations and deaths, and provided context to them on a near-weekly basis through this series. For those who have been reading these stories since the beginning, thank you for following along! For those who haven't, you can view the prior editions of “Coronavirus Contextualized” here.

As noted in previous editions, we will continue providing you with the data you need to know about COVID-19 in Nevada for as long as necessary, though “Coronavirus Contextualized” now publishes on a semi-regular basis, meaning you can expect to see a new story every few Fridays.

Don’t fear, though: You’ll still be able to continue to find the latest data daily on our COVID-19 data page and on Twitter. As always, you can reach out to [email protected] with any questions.

Below, we take a look at the latest COVID-19 case and hospitalization numbers — including how the Delta variant is affecting the situation in Nevada — as the vaccination effort inches forward in the state.

By the beginning of June, Nevada had officially lifted all COVID-19 health and safety restrictions — including all capacity limits and social distancing requirements, as well as its mask-wearing requirement for fully vaccinated people. Since then, cases have been fluctuating but, overall, have gone up.

As of Thursday, an average of 331 new COVID-19 cases had been reported each day over the last seven days. That’s more than double the recent low point of 142 on May 31.

It hasn’t been a steady increase, though. From that low point, cases steadily increased for a week, steadily decreased for a week, and now have been steadily increasing for a little over a week. The numbers are also significantly lower than they have been for much of the pandemic. During the summer and fall peaks, Nevada hit seven-day case averages of 1,176 and 2,736, respectively.

Amid concern about the impact the Delta variant could have on COVID-19 case numbers in the United States, data from the Nevada State Public Health Lab show that the variant does represent a growing share of cases in the Silver State — though the Alpha variant, formerly known as the UK variant, still represents the greatest share cases here.

Of the 17, four were hospitalized, with three in the intensive care unit. The health district said none of the hospitalized cases had received the COVID-19 vaccine and all were under the age of 60. Experts say a two dose course of the vaccine is very effective against the Delta variant, and data from the state Department of Health and Human Services obtained by The Nevada Independent show the impact of vaccinations on COVID-19 case rates.

Since the beginning of the pandemic last year, there have been 330,810 COVID-19 cases confirmed statewide. A little more than 2 percent of those cases, 8,058 have been diagnosed in the last month, and 0.7 percent, or 2,320 cases, have been reported in the last week.

Since the beginning of the pandemic, 1 in 9 Nevadans has tested positive for the virus.

At the same time, the test positivity rate, which looks at the percentage of tests coming back positive out of the total tested, has been steadily increasing for the last two weeks.

It is not possible to independently calculate the test positivity rate based on test encounters because the state only reports the number of positive cases, not the number of positive test encounters. However, the state does provide this number, calculated as an average over a 14-day period with a seven-day lag. As of Wednesday, that number was 4.26 percent, up from a low of 3.34 percent two weeks ago. The test positivity rate is, however, still below the World Health Organization’s recommended 5 percent threshold and significantly less than the peak test positivity rate of 21.25 percent that the state saw in mid-January.

Since the beginning of the pandemic, nearly 1.7 million people — 1 in 2 Nevadans — have been tested for COVID-19, and there have been nearly 3.5 million individual testing encounters.

Since vaccinations started in December, more than 2.7 million doses of the COVID-19 vaccine have been administered in Nevada. In total, nearly 1.5 million people have received at least one dose of the COVID-19 vaccine and nearly 1.3 million Nevadans have been fully vaccinated. Nevada has received more than 3 million doses of the vaccine for distribution.

The pace of vaccine distribution remains slow despite last week’s announcement of a state-run vaccine incentive program that will award some $5 million in prizes. As of Thursday, about 7,000 vaccines were being reported administered each day over the last seven days, down from a high of nearly 30,000 on April 15.

There was a brief three day increase in vaccinations around the announcement of the new vaccine incentive program — with about 11,000 vaccines administered each day — but those numbers have since dropped.

As the White House announced this week that the U.S. will not hit its July 4th goal of administering at least one dose of the COVID-19 vaccine to 70 percent of adults nationwide, Nevada’s adult, first dose vaccination rate sits at only 60.2 percent — up only 3.8 percentage points from four weeks ago. That means that even if Nevada’s pace of vaccination doesn’t slow — which is unlikely — it would still take nearly three months to hit the 70 percent vaccination target.

Nationally, Nevada ranks 33rd among the 50 states for percentage of adults given first doses of the COVID-19 vaccine, continuing to trail all of its neighbors except Idaho, which comes in at 43rd with 52.2 percent vaccinated. California ranks 10th, at 73.6 percent; Oregon ranks 20th at 68.9 percent; Utah ranks 25th at 63.5 percent; and Arizona ranks 31st at 60.4 percent.

The number of new COVID-19 deaths reported on average each day has continued to generally decline, with some day-to-day fluctuations.

As of Thursday, three COVID-19 deaths were being reported on average each day over the prior seven days, a rate that has remained relatively level over the last three weeks.

Over the last seven days, 23 COVID-19 deaths have been reported across the state, including:

COVID-19 hospitalizations have once again started to increase after hitting a record low of 209 on June 12. As of Wednesday, there were 293 people hospitalized with COVID-19, still significantly lower than the peak hospitalizations Nevada hit during the fall surge — 2,025 on Dec. 13.

“Nevada continues to see cases of COVID-19 within the hospital system,” the Nevada Hospital Association wrote in its weekly report. “Patient counts remain very low when compared to the previous high-water mark.”

Only one of the state’s 17 counties, Elko, is considered at elevated risk for the spread of COVID-19 according to state criteria as of Thursday.