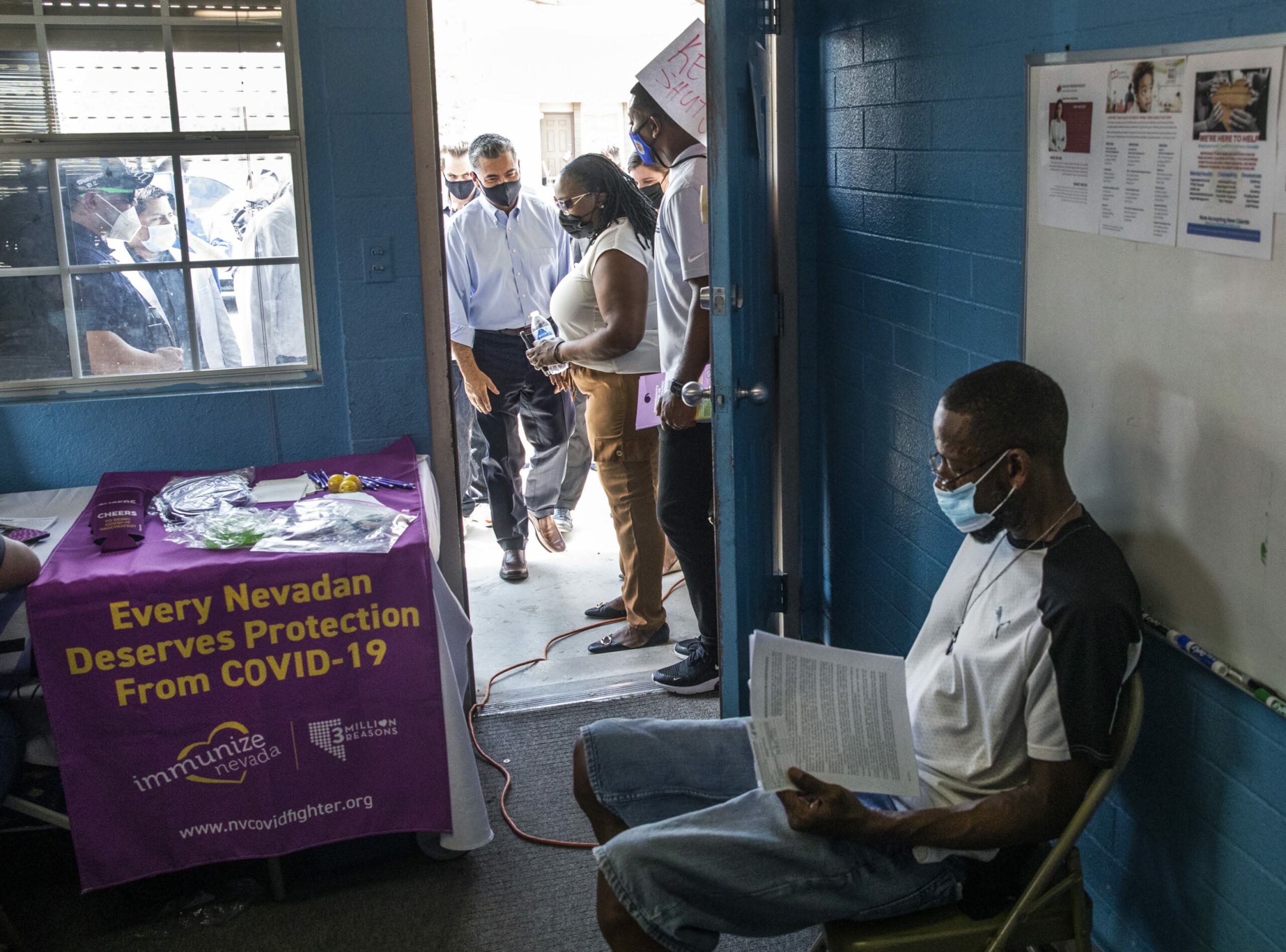 Welcome to the 52nd installment of “Coronavirus Contextualized.”

For more than 15 months we have brought you the latest COVID-19 numbers in Nevada, including COVID-19 cases, hospitalizations and deaths, and provided context to them on a near-weekly basis through this series. (You can view the prior editions of “Coronavirus Contextualized” here.)

Below, we take a look at the latest COVID-19 case, hospitalization and test positivity numbers, which continue to rise as Clark County commissioners took modest action this week to stop the spread by imposing an employee-only mask mandate and as Nevada remains among the top states in the nation for most COVID-19 cases per capita.

COVID-19 cases continued to climb this week to levels the state hasn’t seen since early February. As of Thursday, an average of 830 new COVID-19 cases in Nevada were reported each day over the last seven days, up from 710 last week and 429 the week before that. The recent low point, before cases started climbing, was 177 on June 1.

The bulk of the current surge — as was true with the last summer surge — remains concentrated in Clark County, where cases are rapidly rising, though some other counties, including Washoe, have seen modest increases in cases in recent days.

In Clark County, the Delta variant has been responsible for 76 percent of sequenced cases so far in July, compared to 82 percent in Washoe County.

In total, there have been 158 cases of the Delta variant sequenced in July so far, including 89 in Washoe County, 58 in Clark County, five in Elko County, three in Lyon County, two in Carson City and one in Churchill County. Not all positive COVID-19 samples are sequenced, however, meaning those totals likely represent just a fraction of all Delta variant cases.

Experts say a two-dose course of the vaccine is very effective against the Delta variant, while unvaccinated individuals are at even greater risk for contracting COVID-19 than they were last year.

Since the beginning of the pandemic last year, there have been 348,040 COVID-19 cases confirmed statewide, meaning 1 in 9 Nevadans has tested positive for the virus. A little more than 5 percent of those cases, 18,125 have been diagnosed in the last month, and a little less than 2 percent, or 5,810 cases, have been reported in the last week.

At the same time, the test positivity rate, which looks at the percentage of tests coming back positive out of the total tested, has also been rapidly increasing.

Since the beginning of the pandemic, more than 1.7 million people — 56 percent of Nevadans — have been tested for COVID-19, and there have been more than 3.6 million individual testing encounters.

The pace of vaccine distribution in Nevada has remained relatively steady over the last week. As of Thursday, roughly 5,600 vaccines were reported administered each day over the last seven days, just slightly up from 5,200 last week but down significantly from a high of nearly 30,000 on April 15. The pace of vaccination remains as slow as it was back in the early days of the vaccination campaign back in mid-January, when the state was receiving only a small number of doses.

Nationally, Nevada ranks 34th among the 50 states for percentage of its total population fully vaccinated, at 43.6 percent, continuing to trail all of its neighbors except Idaho, which comes in at 45th with 37 percent vaccinated. Oregon ranks 12th at 55.4 percent; California ranks 17th, at 52 percent; Arizona ranks 30th at 44.7 percent; and Utah ranks 31st at 44.2 percent.

The number of new COVID-19 deaths reported on average each day has been fluctuating but is generally up since last month.

As of Thursday, six COVID-19 deaths were being reported on average each day over the prior seven days, up from three at the same point last month.

Over the last seven days, 45 COVID-19 deaths have been reported across the state, including:

COVID-19 hospitalizations continue to quickly increase since hitting a record low of 209 on June 12.

“Southern hospitals are appreciating high, all-cause occupancy rates simultaneously with this fourth wave of COVID-19 patients,” the Nevada Hospital Association wrote in its weekly report. “However, hospitals are not reporting shortages of supplies, medications, or vaccines. Staffing challenges and an ability to transfer outpatients to skilled nursing facilities reportedly add complexity levels to the high occupancy rates.”

The hospital association noted hospitals “have continued to treat a younger population than during the previously encountered surges” in the past two weeks. According to the report, people between the ages of 30 and 59 currently account for 51 percent of COVID-19 hospital admissions, while those 60 to 79 make up 33 percent of admissions and the remaining age groups, under 30 and 80 and older, each make up 8 percent.

Nine of the state’s 17 counties are now considered at elevated risk for the spread of COVID-19 according to state criteria as of Thursday: Clark, Nye, Lincoln, Esmeralda, Mineral, Lyon, Churchill, Carson City and Elko. Just six were flagged last week.

One other county, Lander, has been flagged for a high case rate — the third highest in the state — but isn’t considered at elevated risk for the spread of COVID-19 under the state’s criteria because it doesn’t meet other of the two criteria.