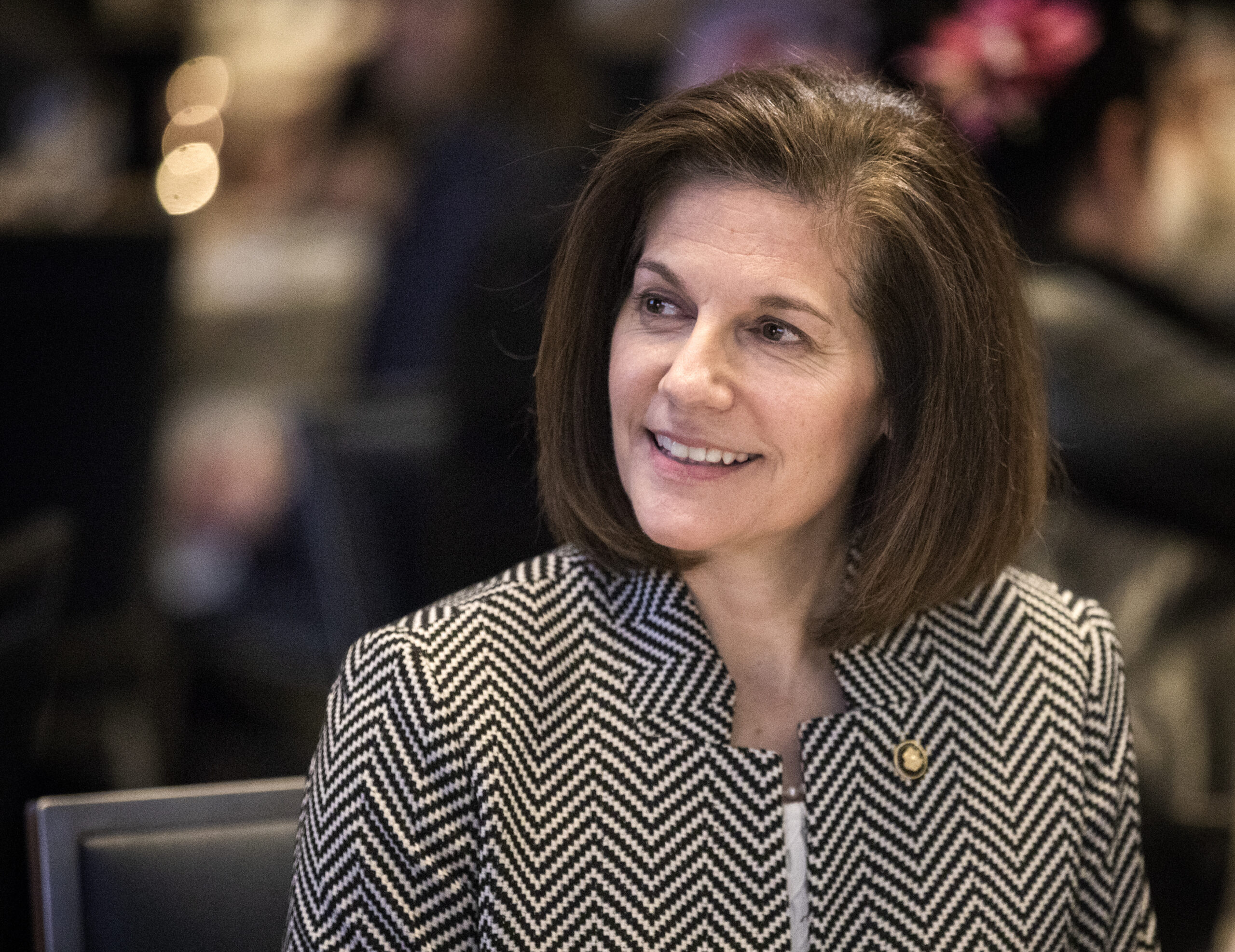 Energy Secretary Dan Brouillette sought to reassure Sen. Catherine Cortez Masto on Tuesday that the Department of Energy plans to seek alternatives to storing nuclear waste at Yucca Mountain, but he stopped short of backing an effort to change the law designating the site for a national repository.

At a Senate Energy and Natural Resources Committee hearing Tuesday on the DOE budget, Cortez Masto, who opposes the project, asked Brouillette what DOE would do if Congress provided funds for the Yucca project in the current fiscal year.

‘We will follow the law, obviously, but it’s our intent to look for alternatives to Yucca Mountain,” Brouillette said. “It’s our intent to begin a process, and that's why we’ve requested $27.5 million in the budget, to do a few things.”

“One is to maintain our fiduciary obligation to the people of Nevada and maintain the site,” the energy secretary said. “But we would also propose that we be allowed to use that $27.5 million to look at research and development that might lead to alternatives to that final repository at Yucca Mountain.”

Cortez Masto also pressed Brouillette about whether he would support a repeal of the 1987 law that designated the Yucca the spot for the nation to bury its nuclear waste.

“I’d have to reserve judgment and see exactly what you are doing, but I’ll go back to what I said earlier, we are not going to pursue Yucca Mountain as a final repository,” Brouillette said.

At a House hearing last week, Brouillette said the administration currently has no plans to change the law even though it would be needed to implement storing waste at temporary sites, which is something DOE has said it could explore.

Brouillette did promise to include the state in discussions about the possible alternatives. He also left open the possibility of supporting legislation that would require state and local consent to advance the project. Cortez Masto is working with Energy and Natural Resources Committee Chairman Lisa Murkowski on adding that language to a pending nuclear energy bill.

“We’d have to see the work that’s being done, obviously, but we can give you a commitment to that end,” Brouillette said. “That is the intent of the president’s comments that he’s made publicly. It’s the intent of the U.S. Department of Energy, we will certainly work with the Congress, we also work with policymakers at both the state and local level to find an appropriate, ultimate solution for this spent fuel.“

After seeking funds for the project in his first three budgets, President Donald Trump reversed course in the fiscal 2021 budget blueprint and in a tweet last month said he heard Nevadans on the issue of Yucca. Most Nevada lawmakers and business interest groups oppose the project’s proposed site, which is located about 90 miles from Las Vegas.

Following the release of the budget, Gov. Steve Sisolak, who was in Washington for the annual National Governors Association winter meeting, hand-delivered a letter to the White House calling on Trump to pledge to veto legislation that would advance the Yucca project and "undermine the State’s legal standing or consent requirements."

The White House has not yet responded according to Sisolak's office.

But "the Governor was able to share his concerns with [acting White House] Chief of Staff [Mick] Mulvaney when he delivered the letter, and our office continues to work with our federal delegation to verify the Administration's commitment to not move forward with the Yucca Mountain nuclear repository site," Sisolak's office said in an email.

Trump’s decision on Yucca also comes as he looks to win Nevada in his 2020 re-election bid. He lost the state to Hillary Clinton in 2016 by two points.

After the hearing, Murkowski said she welcomed the president's budget request dropping funds for Yucca because it would allow Congress to focus on advancing legislation to authorize temporary nuclear waste storage rather than expending energy on the Gordian knot that is Yucca.

“We think we have an opportunity to move on our interim waste bill,” Murkowski said. “I always thought that was a path that we needed to pursue as well. And so I think this gives us an opportunity and an opening.”

The energy secretary also said that DOE remains on track for removing the half metric-ton of weapons-grade plutonium the agency secretly shipped to the Nevada National Security Site (NNSS) from the Savannah River site in South Carolina.

In April, Cortez Masto struck a deal with then-Energy Secretary Rick Perry to remove the plutonium beginning in 2021 and getting all of it out by 2026. The DOE disclosed in January 2019 as part of a lawsuit filed by the state to prevent any plutonium shipment—after talks with DOE yielded no resolution—that it had already shipped the plutonium.

Cortez Masto also asked about a proposed increase for the NNSS of more $230 million, which Brouillette said was to help look after the nation’s nuclear arsenal.

“The research and development work that’s going to be done at that site will determine our ability to safely maintain the stockpile for the next 30, perhaps 40 years,” Brouillette said.

This article was updated at 4:47 p.m. to include comments from Gov. Steve Sisolak's office.