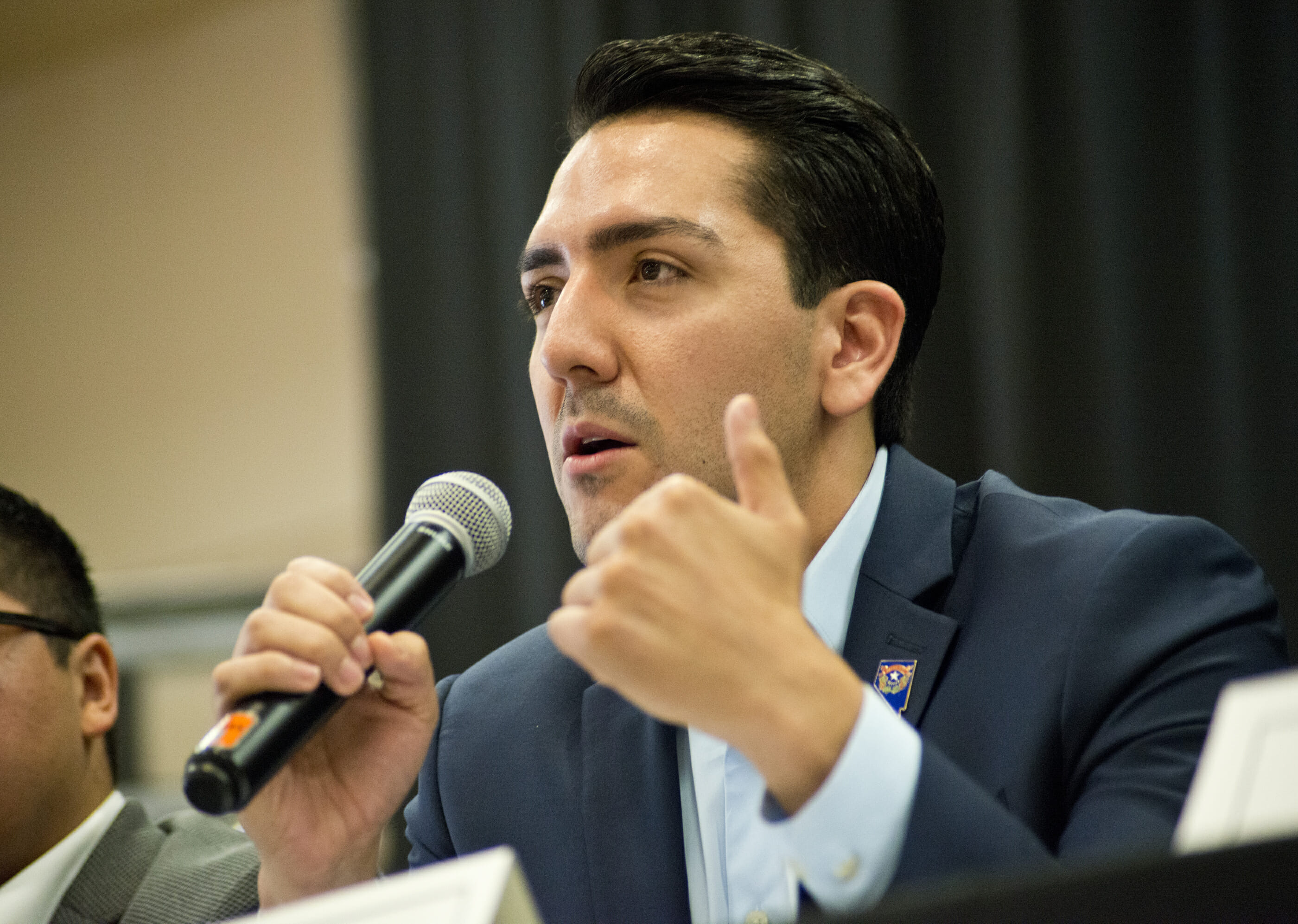 Two-term Assemblyman Nelson Araujo says he’ll run for Nevada’s secretary of state post, and other potential Democratic contenders are clearing the field for him.

Araujo, 29, made his announcement Monday, a few days after Democratic Reno City Councilman Oscar Delgado withdrew from consideration.  Reached Monday, Sen. Pat Spearman said she too had decided not to run and was throwing her support behind Araujo.

“We need a Secretary of State who wants to help every eligible voter participate in our democracy — whether it’s closing the gap between early voting and election day, or allowing same-day and automatic voter registration,” he said in a statement. “People fought and died for our right to vote in free and accessible elections, yet our Secretary of State has sought to politicize these issues for partisan gains. I believe an open government depends on fair elections and that will be my guiding principle in office.”

“At a time when our fundamental rights are under attack, Secretary of State offices are more important than ever,” Alex said. “In the battleground state of Nevada, we have an opportunity to make history by electing the state’s first Latino Secretary of State in 2018. Assemblyman Nelson Araujo will fight not just to preserve the right to vote, but will remove barriers that prevent too many eligible voters from participating in the process.”

Spearman said she knew she could do the job with excellence, but decided late Sunday night that she didn't want to split the Democratic party in a primary. She compared her decision to the biblical story of King Solomon proposing to two women squabbling over a baby that they cut the baby in half.

"It was more important for me for the baby to live," said Spearman, a pastor.

Araujo was born in Las Vegas to Salvadoran parents. He and his sister were raised by a single mother, who escaped the civil war in El Salvador, garnered legal status through the Temporary Protection Status program and has been a housekeeper at the Flamingo for more than 30 years.

He was the first in his family to graduate from high school, go to college and get a teaching degree.

As a 17-year-old at Rancho High School, Araujo served as student body president and met Democratic Sen. Harry Reid, telling the senior lawmaker that he one day aspired to be a U.S. senator. He later did an internship with Reid and became supervisor of the foreclosure prevention program.

He went on to serve as vice president of the Financial Guidance Center and helped implement the Home Again foreclosure recovery program. He also worked at the United Way.

During the 2017 legislative session, he served as assistant majority floor leader and was vice chair of the Assembly Legislative Operations and Elections Committee. His key accomplishments included a bill to expand protections for LGBT foster youth and a measure that revamped the state’s medical marijuana program and taxation structure in an era of legal recreational pot.

He also sponsored a proposed amendment that would amend the Nevada Constitution to recognize same-sex marriage. While the matter is already settled on the federal level, updating the state constitution could be a backstop if the U.S. Supreme Court ever reversed course on that, supporters say.