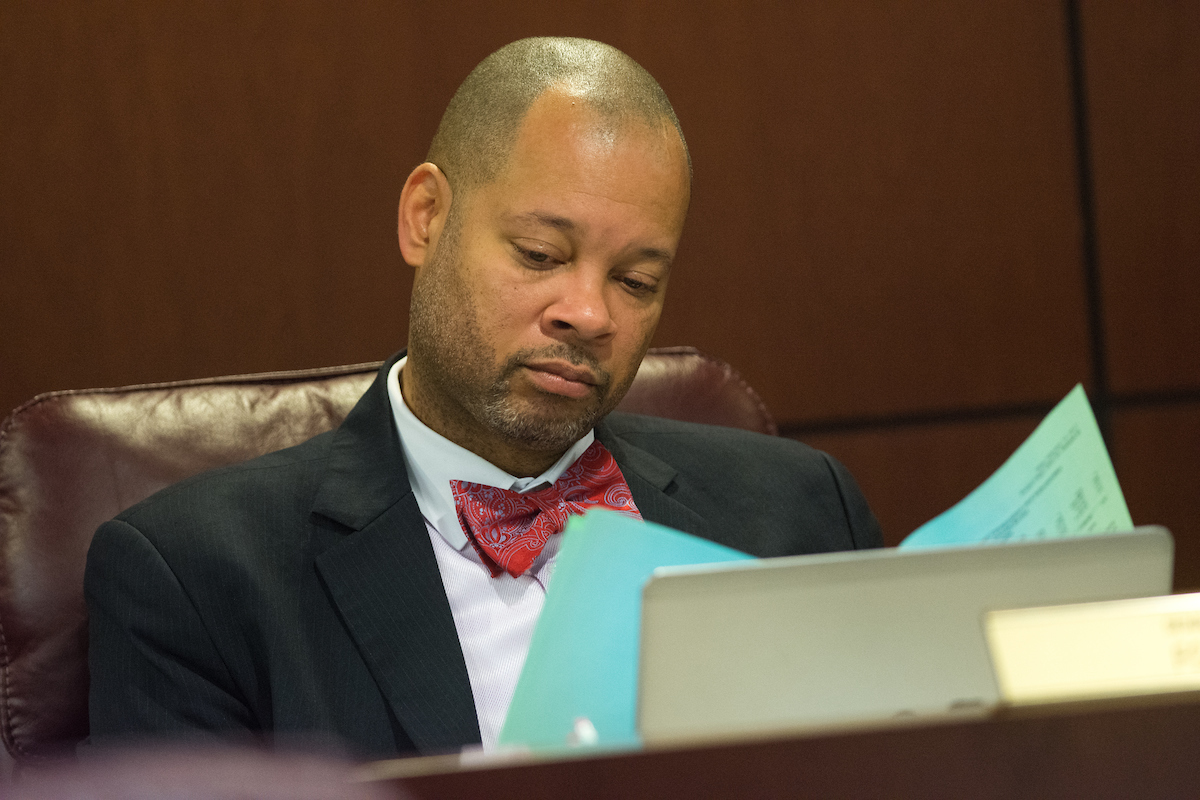 Democratic attorney general candidate and state Senate majority leader Aaron Ford was arrested multiple times as a college student in the early 1990s, according to a news report.

The arrests were first reported by KLAS-TV on Friday afternoon. Ford acknowledged his record but said it shouldn’t disqualify him from holding the highest law enforcement post in the state.

“These things are not at all indicative of who I am, and I would hope that people are able to look at the body of work over the last 25 years of my life and be able to judge me on that, and not on bad decisions I made as a college kid,” Ford told journalist Steve Sebelius in a TV interview. “My time at Texas A&M was a growth period for me. It was a transition from being a boy to a young adult.”

The station reported that Ford was arrested in January 1991 and charged with public intoxication after drinking on campus, arrested again in December 1992 on an outstanding warrant for failure to appear after receiving a speeding ticket, and again in April 1994 on a theft charge for failing to pay for a replacement tire on his car. Police were also called to his then-girlfriend’s apartment in 1993, who told police he was there without permission, but Ford was not arrested and had no charges filed against him.

Ford has been open about his financial struggles as a young adult, although he hasn’t publicly discussed the arrests before now. As a 21-year-old college student, he became a single father who sought public assistance through Section 8 and the Women, Infants and Children program.

He met his now-wife, Berna, in late 1994 and they married about a year later.

The Las Vegas Review-Journal reported last week that Ford owed more than $185,000 in IRS liens made against him for underpaying taxes between 2010 and 2014. He told the television station that the debt was incurred due to college tuition and health-care payments, and has been repaid.