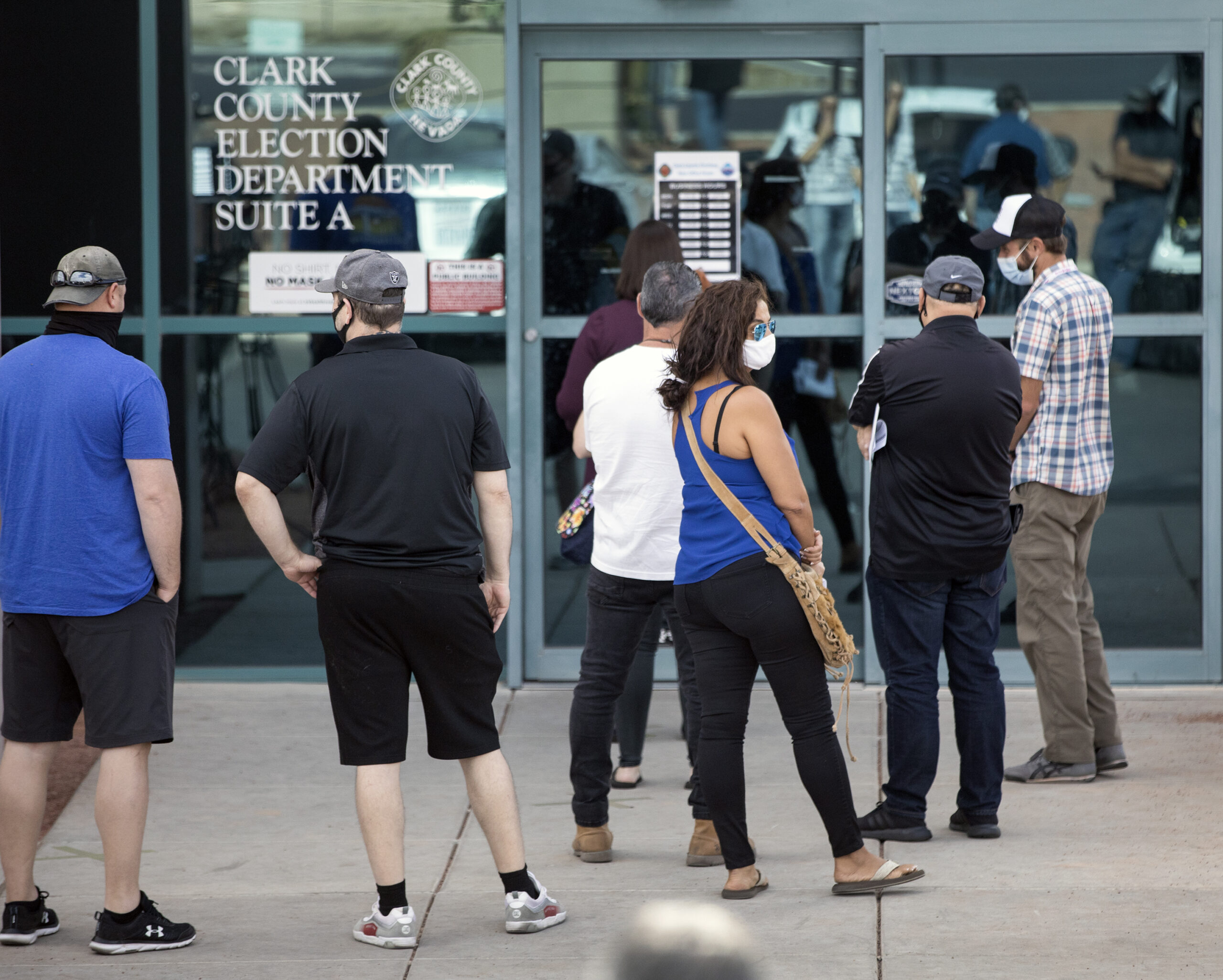 Democratic candidate Ross Miller has filed a lawsuit over the Clark County Commission’s decision not to certify the results of the election for the District C seat on the board — a race he initially won by 10 votes out of more than 150,000 cast.

The county decided on Monday not to certify the results of Miller’s race against Republican Las Vegas City Councilman Stavros Anthony after Registrar of Voters Joe Gloria informed the commission that there were 139 ballot discrepancies reported in District C, exceeding Miller’s margin of victory. The complaint argues that Miller “undisputedly received the most votes” in the race and says that the Clark County Commission exceeded “its authority under the law.”

“Rather than comport its conduct to what the law required of it, certify the results and allow the legislatively mandated process to go forward, which permits the unsuccessful election opponent to seek a recount and/or judicially challenge the outcome,” the complaint reads, “the Board took the unprecedented and unlawful step of wiping clean all votes from the record in their entirety.”

The complaint, filed Tuesday in Clark County District Court, is seeking for the judge to issue an order declaring that the commission overstepped its authority in choosing not to certify the election results and in calling for a special election. It’s also asking the court to prohibit such an election and compel the commission to certify the race’s initial results.

“We disagree with their analysis but look forward to a prompt resolution so that both candidates can move forward,” Kulin wrote in an email to The Nevada Independent.

Results in the District C race were close from the time the first batch was released on Election Night, and the lead shifted between the two candidates as new rounds of ballots dropped throughout the following days. Miller eventually won the race by a margin of only .0065 percentage points. Ballot discrepancies in the district made up .09 percent of the 153,162 total ballots cast.

The ballot discrepancies reported by the county were a result of voters who cast multiple ballots, check-in issues at voting sites, and various mail-in ballot mistakes. In the complaint, the campaign argues that Gloria said he could not guarantee that the discrepancies impacted the race’s outcome and instead said that he had “personal doubts.”

“No election is perfect. Races are often decided by small margins. We don’t toss out all of the ballots and redo elections because of minor errors that occur in every election,” Miller said in a tweet on Tuesday.

Miller also took issue with comments made by County Counsel Mary-Anne Miller who said during the meeting that if results were certified and Anthony challenged their legitimacy, a judge would be in a “very similar situation” to that of the commission on Monday.

“I worked alongside our county’s attorney for many years, but, as a two term Chief Elections officer for our state, I know her legal opinion is just wrong,” Ross Miller tweeted.

The lawsuit itself suggests that Mary Anne-Miller was “perhaps feeling clairvoyant or projecting her personal opinion as to the appropriate judicial decision,” in her suggestions to the county commission, and said she should have instead relied on state law that generally puts the burden of proving fraud or misconduct on the losing candidate’s side before a new election is ordered.

Ross Miller previously oversaw elections when he served as Nevada’s secretary of state, first elected in 2006 and reelected in 2010.

District C saw 77 percent voter participation in the county commission race this year, but if a special election is held for the commission seat alone without higher-profile contests on the ballot, that turnout will likely be much lower. Clark County’s most recent special election, held for a Republican primary in 2018, saw 36 percent turnout and special elections in years prior have seen turnout as low as 6 percent.

Miller is being represented in the lawsuit by Clark Hill PLLC, a law firm in Las Vegas of which he is a member attorney.

Neither Miller nor his campaign manager responded immediately to requests for comment on Tuesday.