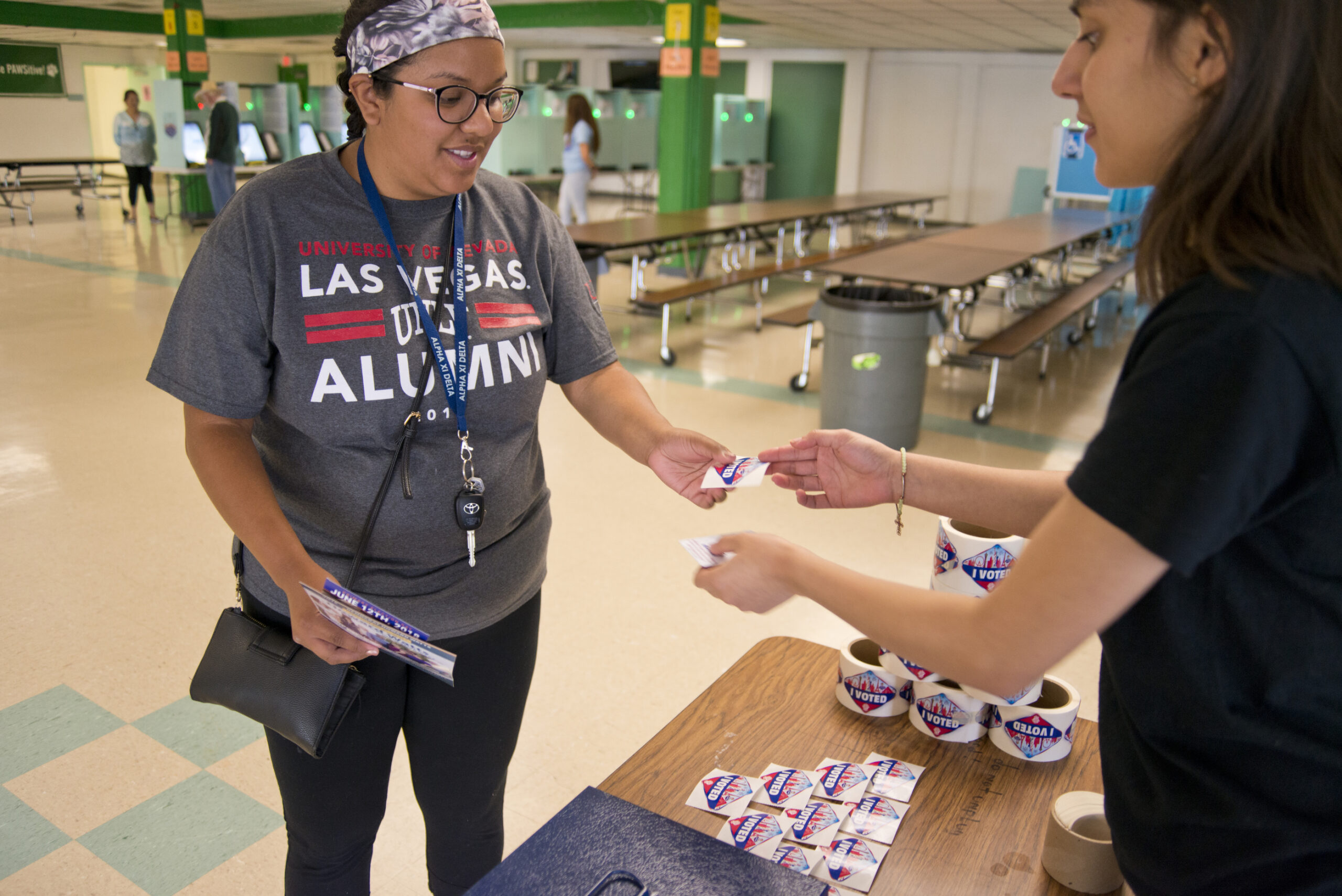 Update 6-20-18 at 5:42 p.m.: Clark County Commissioners unanimously approved on Wednesday a recommendation from the registrar to hold a special election by mail for the Republican primary for public administrator on July 17 after as many as 43 possible double votes were discovered.

At a meeting to discuss the election results, Registrar Joe Gloria told commissioners that a recount would not change his recommendation to hold a special election since he has no way of identifying from whom those 43 double votes came and then pulling back those ballots. He said that the voting errors occurred both during early voting and on the day of the primary at multiple locations across the Las Vegas Valley.

County spokesman Dan Kulin also said Wednesday that election official were able to identify at least six instances of double voting that occurred when computers that assisted with voters signing in went temporarily offline. Kulin said the county identified the voters as two Democrats, two Republicans and two nonpartisians, and said those six instances of double votes occured during both early voting and on Election Day.

Clark County’s registrar of voters is recommending that commissioners consider holding a special election in one Republican primary after discovering up to 43 voters may have cast their ballots twice on Tuesday, according to a county press release.

County Registrar Joe Gloria’s office informed commissioners on Monday that erroneous double votes may have occurred by voters who believed that their first ballots were not successfully submitted and were allowed by poll workers to cast a new ballot. It is believed that as many as 43 of those first votes were counted, allowing voters to have potentially voted twice.

The error is not significant enough to have affected most races, but the county has identified that it could have influenced the results of the Republican primary for Clark County public administrator, which was decided by four votes.

“It wasn’t the machine or the voter,” he said. “It was strictly a matter of people not following proper procedure as defined.”

The public administrator is the person who oversees the administration of estates of people who die in Clark County but have nobody willing or able to manage them. A new election in that primary race could be ordered at a special meeting of the Clark County Commission on Wednesday, where the county election results will be formally approved and sent to the Secretary of State.

The Associated Press reported that “isolated” voting glitches in Las Vegas and Reno had affected a small number of voters on Election Day, but election officials in both counties said no vote totals were affected by the glitches. Gloria said none of those instances resulted in the discrepancy of votes requring the new election.

County officials said that to prevent a similar problem in the future, the election department is reworking its training program, polling place manuals and protocols for helping voters who have trouble while they’re casting their ballots.

Aaron Manfredi won the Republican primary for public administrator by only four votes out of 59,032 cast; he beat Thomas L. Fougere. Manfredi is a non-profit founder and executive director and was formerly in the Navy; Fougere is a Nevada-licensed real estate broker and salesman.

Manfredi was a probation officer when he was arrested in 2012 and charged with sexual assault of a minor, after a pregnant teenage inmate accused him of having sex with her in a laundry room in 2009. He pleaded no contest to a gross misdemeanor of conspiracy to commit coercion and lost his Nevada law enforcement certification. That plea was later withdrawn, and he pleaded guilty to misdemeanor disorderly conduct.

He was also accused later when the woman he was dating accused him of choking her while they argued at his home. He was acquitted after a four-day jury trial in September 2016 and told the Las Vegas Review-Journal that the allegations against him in both cases were false.

“At some point, we have to accept the fact that men can be victims,” he told the newspaper.

Fougere told the Review-Journal that the allegations against his opponent are problematic.

“The very nature of the public administrator is a really important matter of trust. That’s basically the linchpin,” Fougere said. “You’re talking about people at their most vulnerable when they’re grieving. You’ve got to have a bedrock of trust and honesty.”

The current public administrator, Democrat John Cahill, is not running for re-election. Cahill has held the position since 2007. Other candidates who will be on the general election ballot are Democrat Rob Telles and Independent American Victoria Kay Dacosta.

Clark County has about 120,000 more registered Democrats than Republicans, suggesting that the winner of any special election in the Republican public administrator primary has slim odds of winning in November.