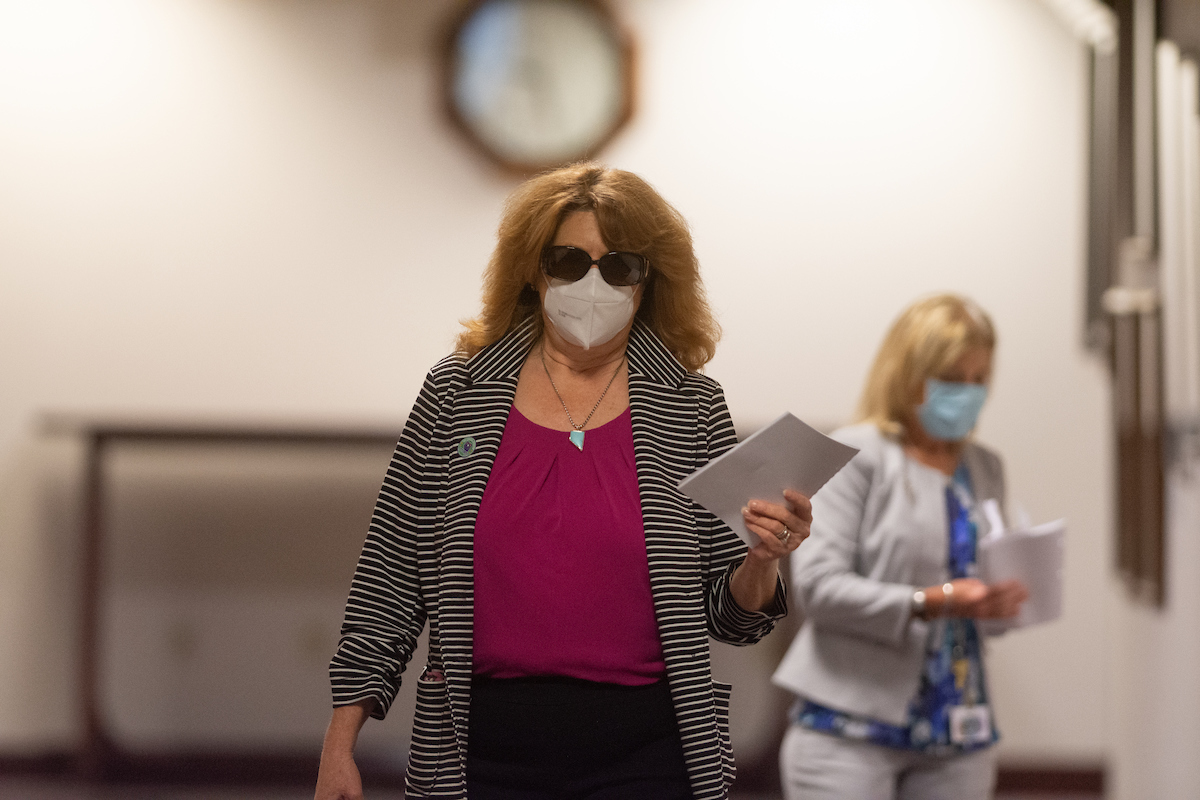 Former Assemblywoman Ellen Spiegel (D-Henderson) has jumped into the race for secretary of state, the latest candidate to announce a bid for an office that took center stage in the 2020 election.

Spiegel, who served in the Assembly for five terms, made her announcement Wednesday, just days after former Las Vegas news anchor Gerard Ramalho joined the race as a Republican candidate. The seat is open — Republican Secretary of State Barbara Cegavske is barred from seeking re-election because of term limits.

“Now more than ever, we need someone who has been in the trenches fighting for the issues we care most about,” Spiegel said in a statement. “Anyone running for any Secretary of State office in any state In the U.S. better be ready for a fight. The simple fact is, voting rights and our way of life are under attack, and I’m running for Nevada Secretary of State to protect both.”

In her announcement, Spiegel said that the secretary of state’s race affects much more than just voting rights, and that the elections the office oversees can affect women’s reproductive health care, public education, climate change, economic parity, and access to quality health care.

Attorney and former state Athletic Commissioner Cisco Aguilar, a Democrat, and Republicans including Sparks City Councilman Kristopher Dahir and former Assemblyman Jim Marchant have also announced their bids for the seat. Marchant’s campaign has featured extreme right-wing rhetoric, including a tweet calling Haitian migrants in the U.S. southern border an “invasion.” The candidate has also been an announced guest at events with voter fraud conspiracy theorists such as Mike Lindell and the QAnon-linked group Patriot Voice.

Cegavske found herself at the center of controversy in the wake of the 2020 election, including when fellow Republicans alleged there were tens of thousands of instances of potentially fraudulent votes cast in the state. She faced further backlash from the GOP — including an official censure from the state party — after concluding that there was no 'evidentiary support’ of widespread fraud in that election.

Cegavske won a narrow re-election in 2018, becoming the only Republican to win a statewide race in a cycle where Democrats carried all other major seats, including for governor.

Primaries will be held in June for the general election in November 2022.