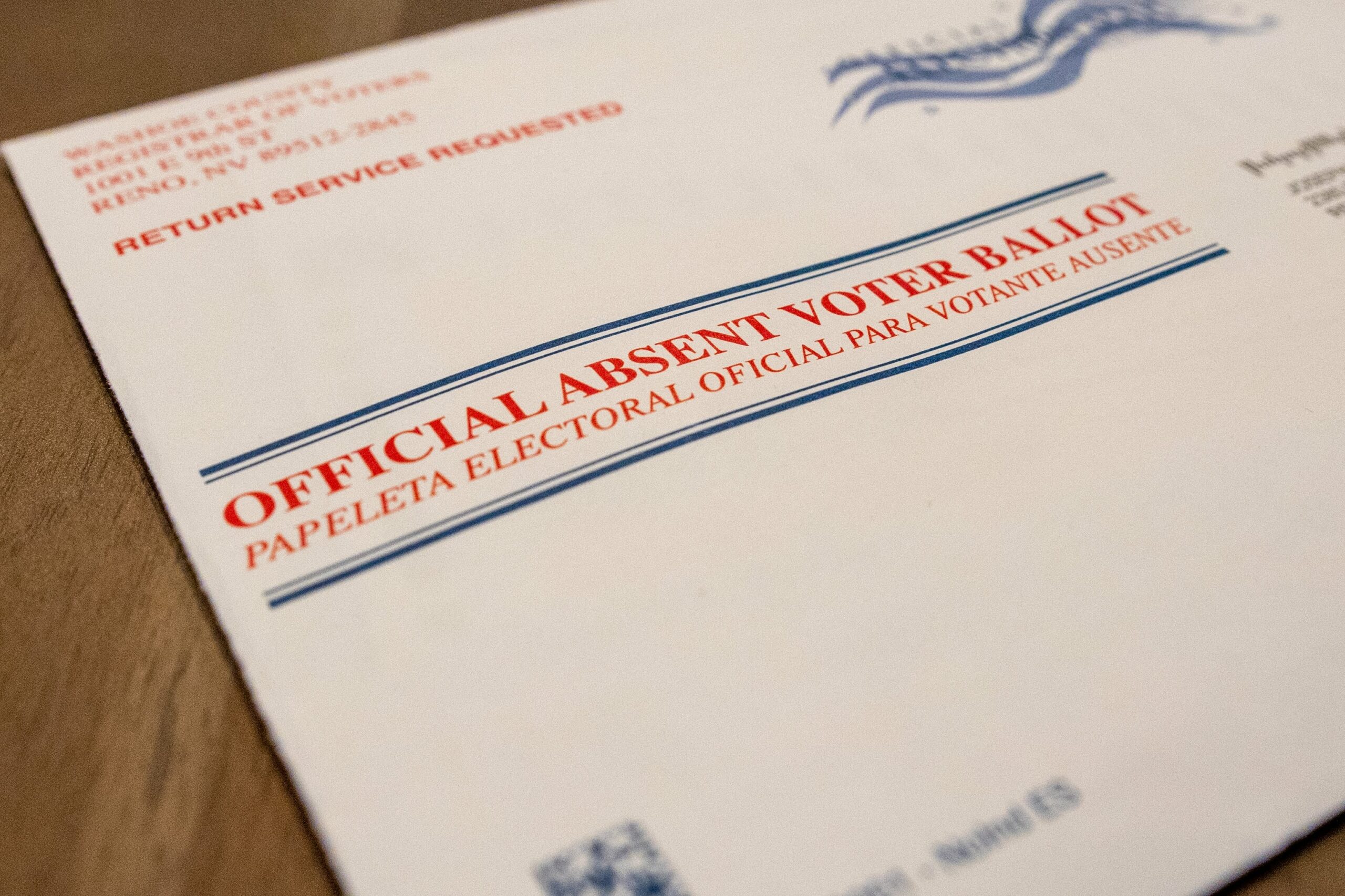 Nevada’s Republican secretary of state is asking a federal judge to dismiss a lawsuit President Donald Trump’s campaign lodged against the state last week regarding its expansion of mail-in voting for the 2020 election.

The 24-page motion — filed by Democratic Attorney General Aaron Ford on behalf of GOP Secretary of State Barbara  Cegavske, who was named a defendant in the president’s complaint — asserts the Trump campaign has singled out Nevada for litigation rather than letting the policy debate occur outside the courthouse. The motion notes that Utah, Colorado, Oregon, Hawaii and Washington have also adopted mail-in voting systems for the upcoming election.

“Given the fears surrounding the pandemic, these vote-by-mail systems have great potential to prompt widespread voting by mail in the 2020 general election,” the motion states. “Yet President Donald J. Trump has not sued the elected officials in these other states, opting instead to let the debate about vote-by-mail election processes play out in non-judicial forums within these states.”

The motion goes on to pick apart the logic used by the Trump campaign, while also arguing the lawsuit doesn’t articulate a specific injury.

“These choices were made in the midst of a pandemic in preparation for the 2020 general election,” Ford wrote. “Absent a concrete and particularized injury to Plaintiffs, the Court has no jurisdiction to intervene in election preparations. Because plaintiffs have failed to plead facts from which one might reasonably infer that an inquiry is actual and imminent, not hypothetical, the Court should dismiss their claims for lack of jurisdiction.”

Additionally, the motion rejects the Trump campaign’s suggestion that mail-in voting will lead to more voter fraud as well as its claim that rural voters won’t receive equal protection. Instead, Ford argues the legislation sets “a floor, not a ceiling, on the number of physical polling places that must be established in each county.”

“Plaintiffs’ preference for per-capita equality in polling location numbers is a misplaced oversimplification of a complex system of election administration, not to mention poor public policy,” Ford wrote in the motion.

The motion to dismiss the lawsuit came shortly after the Nevada State Democratic Party and two national Democratic organizations asked a federal judge to allow them to intervene in the high-profile legal dispute.

After the Legislature passed a new law requiring state officials to send active registered voters a mail-in ballot during a statewide emergency, Trump’s campaign sued Cegavske, who will be charged with implementing the legislation. The campaign, joined by the state and national Republican Party, argued the bill would make fraud “inevitable.”

In requesting to participate in the lawsuit, lawyers for the state party, the Democratic National Committee and the Democratic Congressional Campaign Committee said the “plaintiffs allege a hodgepodge of claims, none of them viable, in an attempt to undermine the State’s efforts to provide certainty to election officials and protect Nevada voters during a public health crisis.”

Those claims, they said, “pose a clear and direct threat to” their “rights and legal interests.”

One day later, the Trump campaign sued after the president made a series of tweets and comments criticizing the legislation. The campaign, in its filing, is seeking to enjoin the state from implementing parts of the legislation.

The Democratic groups wrote that enjoining the new legislation, which offers an expanded mail-in voting option, could mean that “fewer Democratic voters will have an opportunity to vote and have their votes counted in the November Election and future contests.”

The motion to intervene was filed on Friday. Democrats also asked the court to expedite the briefing process for the case, which is pending before federal District Court Judge James Mahan, who was nominated to the federal bench by President George W. Bush.

Ahead of the special session, Cegavske, a Republican, had indicated that she believed the widespread use of mail-in ballots was unnecessary, despite offering mail-in voting during the primary, an effort to mitigate the effects of coronavirus on in-person voting. During the session, Cegavske told legislators that her office had not received evidence of fraud during the primary.

The Democrats, in one of their arguments for intervening in the case, said they could not rely on the secretary of state, the state’s top election official, to adequately represent their interests.

They cited state court litigation from earlier this year in which they were on opposite sides of Cegavske. That litigation stemmed from the secretary’s plans for the primary election.

“While the Secretary has an undeniable interest in defending the actions of state government, Proposed Intervenors have a different focus: ensuring that every Democratic voter in Nevada has a meaningful opportunity to cast a ballot and have that ballot counted, both in the November Election and in future elections,” the Democratic groups wrote in their filing.