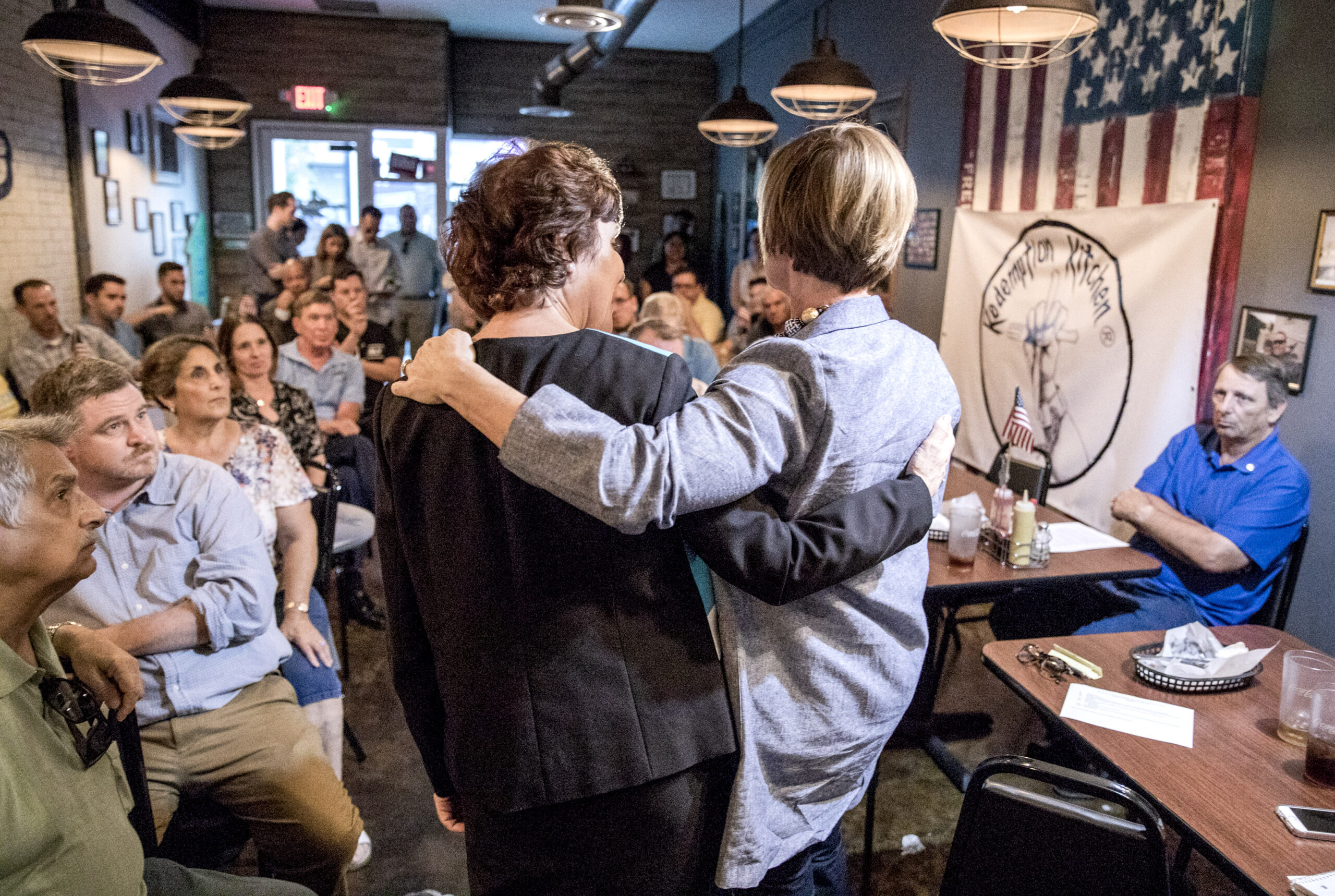 In the state’s three most competitive races for U.S. Senate, Congressional District 3 and Congressional District 4, the Democratic candidates reported outraising their opponents by significant margins. The reporting period runs from July 1 through September 30, and the Federal Election Commission required them by Oct. 15.

In the state’s nationally watched U.S. Senate race, GOP Sen. Dean Heller reported raising less than a third of the haul reported by Democratic challenger and Rep. Jacky Rosen, who brought in more than $7.1 million. And House Democratic candidates Susie Lee and Steven Horsford about tripled the totals raised by their respective Republican opponents.

Still, spending from outside groups and PACs will likely even the balance over the final weeks before the midterm election, and all three races are expected to be close.

Here’s a closer look at the fundraising totals reported by each major candidate.

Rosen raised $7.1 million over the three-month fundraising period, more than doubling the $3.5 million she raised in the last fundraising quarter. At the same time, Republican U.S. Sen. Dean Heller only raised $2.2 million. Rosen’s haul includes $6.3 million in direct contributions and about $770,000 in transfers from other committees while Heller’s includes $2.1 million in total contributions and roughly $67,000 in transfers.

Heller’s haul included about 175 contributions of the maximum allowed $2,700, while Rosen received nearly 500 max contributions. Rosen ended the quarter with more $2.6 million in available campaign funds, while Heller ended it with $2.7 million.

Democrat Susie Lee more than doubled the contributions of Republican opponent Tarkanian, raising a massive $1.78 million over the fundraising quarter to his smaller $660,000 haul. Lee spent $2.14 million over the same time period and ended the quarter with $787,000 in the bank, while Tarkanian spent about $840,000 with $480,000 on hand.

Lee received about $1.13 million from individuals, $250,000 from PACs and $400,000 in transfers from other committees. Almost all of Tarkanian’s contributions this quarter came from individuals, with only $8,700 coming from PACs.

Former Rep. Steven Horsford reported raising $929,000 in the last quarter and spending $747,000. He started the month of October with $380,000 cash on hand heading into the final stretch of the campaign.

Horsford’s campaign also drew money from a long list of PACs, including ones for MGM Resorts, the League of Conservation Voters, abortion rights group NARAL, tobacco company Altria, Barrick Gold, the Humane Society and a variety of unions.

More than $111,000 of Amodei’s contributions came from individuals, while $86,000 came from political action committees.

His general election opponent, Democrat Clint Koble, reported raising just over $45,000 over the fundraising period while spending more than $53,000, leaving him slightly more than $2,000 in available campaign funds.