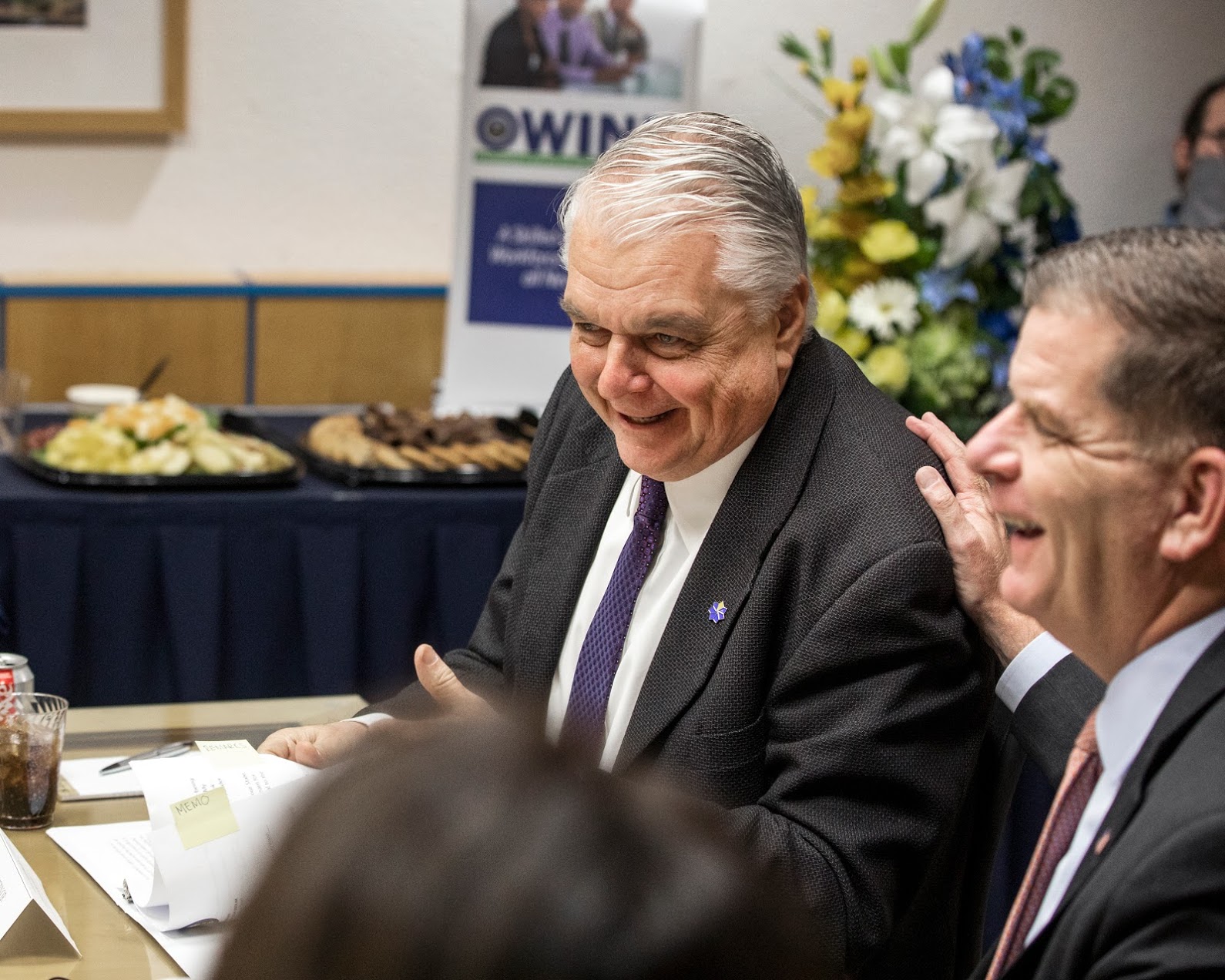 A little more than three months before the general election, Democrats running for statewide and legislative offices lead fundraising efforts, but Republicans are not far behind. Both parties are spending big in the hopes of gaining an advantage.

Friday marked the second campaign finance deadline of the year, with candidates required to submit their reports for fundraising and spending activity from April through June.

The reports revealed that some Republican candidates for statewide offices managed to win their primary races, despite being outspent by other primary contenders.

Name recognition often plays a significant role in elections, especially in down-ballot races. In an election year when statewide and legislative races are among the most likely to be affected by a possible red wave, fundraising and spending on outreach could mean the difference between success and failure.

Here are the highlights from the latest campaign finance reports for statewide and legislative races.

Democratic Gov. Steve Sisolak raised almost $1.7 million from April through June. He heads into the general election with more than $10.7 million cash on hand — the most of any candidate running for statewide office. His fundraising totals in 2022, amounting to roughly $3.2 million, outstripped that of other gubernatorial candidates.

Behind Sisolak was Clark County Sheriff Joe Lombardo, who emerged victorious from the Republican primary after raising more than $822,000 in the last quarter. The amount placed him above other Republican gubernatorial hopefuls but short of Sisolak by about $906,000. He ended the quarter with roughly $1.2 million in the bank.

Though Lombardo has remained largely noncommittal about his stance on protecting abortion rights, his expense report showed a $1,500 payment to the anti-abortion organization Nevada Right to Life categorized under “special events.”

As an incumbent with no significant primary challengers, it wasn’t surprising Sisolak has an enormous war chest in the race for governor. Still, he faces an uphill battle amid rising inflation, high gasoline prices and President Joe Biden’s low approval ratings.

A poll released by Emerson College last week showed Sisolak winning 44 percent to 40 percent in a matchup against Lombardo, a result within the margin of error. Polling also indicated that Sisolak has a disapproval rating of 48 percent.

Democratic incumbent Lt. Gov. Lisa Cano Burkhead raised nearly $285,000 in the second quarter of 2022 and she heads into the second half of the year with roughly $57,000 in the bank. Burkhead has been in office for almost eight months after being appointed by Sisolak in December.

Her Republican challenger, Las Vegas City Councilman Stavros Anthony, raised almost $78,000 during the fundraising period and has $75,000 in cash on hand.

The two candidates have spent more than $400,000 each since their campaigns began.

After another strong fundraising period that saw Democratic Attorney General Aaron Ford bring in nearly $860,000, Ford ended the quarter with more than $2.3 million in the bank — the second highest amount among all candidates for Nevada’s statewide offices in Nevada, trailing only Sisolak.

Though Ford faced no primary election opponents, he spent nearly half a million dollars during the second quarter. That total included sending more than $188,000 to the Democrat-aligned Leadership in Nevada PAC, which in turn, supported other PACs that meddled in the Republican primary to bash Lombardo and in opposition to a ballot measure proposing to establish a ranked-choice voting system.

On the Republican side, Sigal Chattah won the June primary election by more than 11 points, despite her opponent Tisha Black outspending her by about $278,000 during the second quarter.

While facing no primary election opponents, former Nevada Athletic Commission Chair Cisco Aguilar continued to build his cash advantage during the second quarter. He raised more than $450,000, and spent roughly one-third that amount. Entering July, Aguilar reported having $859,000 in cash on hand, which is $844,000 more than his Republican opponent Jim Marchant.

Marchant — a former assemblyman who has denied the legitimacy of the 2020 election — won the GOP primary by more than 17 points over second-place finisher Jesse Haw. Marchant ended the quarter with just $15,000 in the bank after raising about $258,000 during the period and spending nearly $300,000. The vast majority of his spending, $264,000, went to McShane LLC, a Las Vegas-based political consulting firm.

Haw, a Reno-based developer, significantly outspent Marchant in his losing bid, expending more than $463,000 during the quarter.

Those sums compound earlier contributions to the PAC from both the America Project and TradeBloc, which gave roughly $83,000 and $15,000 in the first quarter, respectively.

Fiore won treasurer primary despite being outspent by 3-1 margin

Like other Republican primary winners, Las Vegas City Councilwoman Michele Fiore ramped up spending during the second quarter, disbursing more than $168,000, while raising $159,000.

Though she was significantly outspent by her primary opponent Manny Kess, who reported spending nearly $500,000 during the quarter, Fiore won the election by more than 31 points. She ended the quarter with about $17,000 in cash on hand.

In the race for controller, Democrat Ellen Spiegel and Republican Andy Matthews raised nearly identical amounts during the second quarter, just under $40,000. After Spiegel spent more than twice as much during the period, Matthews entered the second half of the year with an advantage in cash on hand ($171,000 to $117,000).

Assemblyman Steve Yeager (D-Las Vegas) topped the list of fundraisers in the Legislature with more than $175,000 raised during the second quarter. Yeager is expected to take the role of Assembly Speaker following Assemblyman Jason Frierson’s (D-Las Vegas) confirmation as U.S. Attorney for the District of Nevada. Yeager has raised more than $268,000 since the beginning of the year and had a war chest of $528,000 heading into July.

With most Republican caucus leaders not returning to the Assembly, eyes are turning to newer members such as freshman Assemblywoman Heidi Kasama (R-Las Vegas) to take the reins. Kasama, a former president of Nevada REALTORS, received more than $10,000 from PACs connected to the realty industry during the second quarter and has a cash-on-hand balance of more than $140,000.

In a bid for Senate District 2, Assemblyman Edgar Flores raised more than $84,000 between April and June and has about $139,000 in the bank heading into the general election. He will face bus driver Leo Henderson who raised almost $2,000 during the second quarter but has no cash on hand. The seat was represented by state Sen. Mo Denis (D-Las Vegas), who was termed out.

Though Sen. Marilyn Dondero Loop (D-Las Vegas) didn’t have a primary, she raised the most money of any state senator on the ballot, bringing in $135,000 and boosting her cash on hand to $308,000.

As Republicans target Dondero Loop’s swingy Senate District 8 as a seat to flip, Joey Paulos, the leading fundraiser on the GOP side, won the nomination. Paulos raised more than $77,000 in the second quarter and spent $138,000, leaving him with roughly $33,000 in the bank at the end of June.

In the Senate District 16 race, Assemblywoman Lisa Krasner (R-Reno) defeated appointed Sen. Don Tatro (R-Reno) during the primary, despite Tatro’s significant cash advantage. During the second quarter, Tatro raised nearly $106,000 and spent more than $253,000 — well above the $104,000 Krasner spent, as she pulled in less than $20,000 in fundraising during the period.