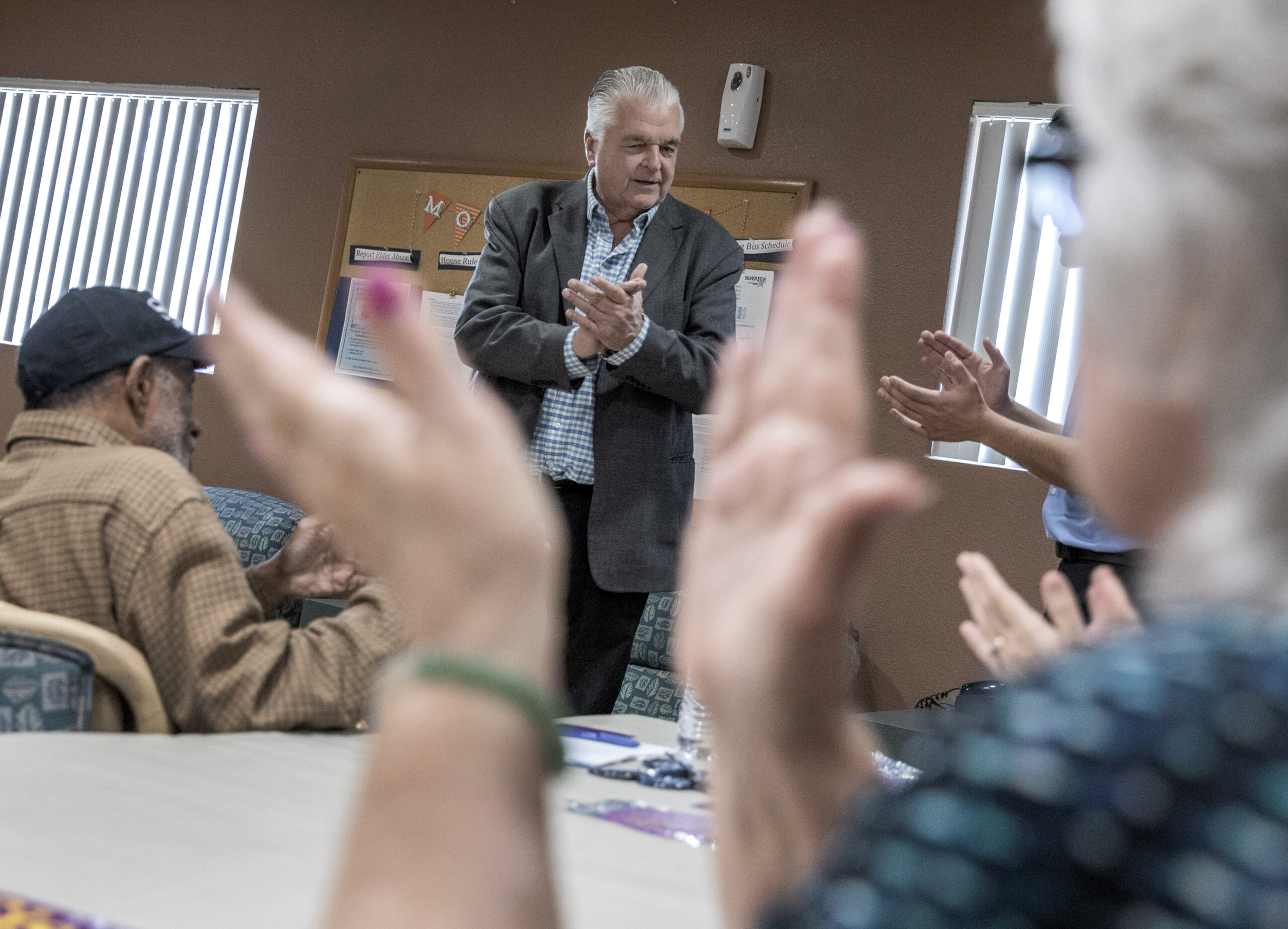 Early voting may be over, but political candidates are still spending millions of dollars to sway voters with only a few days to go before Election Day.

Democratic candidates for lieutenant governor, treasurer and secretary of state also outraised their Republican opponents. The closest race was in the state’s bid for attorney general, where Republican Wes Duncan raised $279,000 and Democrat Aaron Ford brought in $271,000.

All gubernatorial candidates spent more money than they brought in during the last three weeks — highlighting the mad dash to the election finish line. The fundraising period covers the short span from Oct. 13 through Nov. 1, which includes most of the state’s two-week early voting period. State law sets a $10,000 limit on donations to individual candidates for a single entity, but no limit is set on contributions to political action committees.

Read below for highlights from each race:

Republican Attorney General Adam Laxalt reported raising a little more than $1 million over the last three weeks. He spent about $1.5 million over that same time period. Over the course of the calendar year, he has raised $6.2 million and spent $8.9 million.

Democrat Steve Sisolak, who chairs the Clark County Commission, outdid his Republican competitor — banking nearly $1.5 million this period. That brings his total fundraising haul to $7.4 million this year. He reported spending $2.9 million over the last three weeks and nearly $13.3 million this year.

Rancher Ryan Bundy, who’s running as a nonpartisan, reported raising $1,700 this period, bringing his total contributions this year to nearly $67,000. He spent nearly $18,000 during the last three weeks and about $63,000 this year.

Republican Wes Duncan reported raising $279,000 this period, bringing his total haul this year to nearly $1.9 million. He also spent nearly $2.3 million this year, including $770,000 during the last three weeks.

Democrat Aaron Ford raised just a little less than his opponent this period — $271,000. His fundraising total this year sits at $1.8 million. He also spent almost $899,000 over the last three weeks, pushing his expenses to nearly $2.2 million this year.

Republican Barbara Cegavske, who’s running for re-election, raised $22,000 and spent $5,000 during the final reporting period. Overall, she received contributions totalling nearly $248,000 this year, while her expenses clocked in at $284,000.

Democrat Zach Conine far outraised his opponent in the treasurer’s race, bringing in nearly $51,000 this reporting period. He has raised nearly $381,000 this calendar year, while spending about $359,000 during that same time frame. He reported roughly $127,000 worth of expenses during the last three weeks.

The intense fight over the Energy Choice Initiative, which would amend the state’s Constitution to require a retail electric market by 2023, again saw massive spending over the last three weeks covered in the reporting period.

Nevadans for Affordable, Clean Energy Choices, the PAC supporting the ballot question, reported raising $150,000 over the reporting period in an in-kind contribution from NRG Energy, and spent more than $7.9 million. Overall, it’s raised $33 million and spent $21.6 million in 2018.

Opponents — the Coalition to Defeat Question 3 — reported raising $300,000 in the reporting period, all from the International Brotherhood of Electrical Workers, and reported spending $810,000 over the reporting period. This year, it’s raised a record-breaking $63.5 million and spent $63.3 million.

Backers of the other energy-related ballot question, Question 6, reported raising another $4 million from the Democratic billionaire Tom Steyer-funded NextGen Climate Action. The measure, if approved in 2018 and 2020, would amend the state’s Constitution to increase the state’s Renewable Portfolio Standard to 50 percent by 2030.

View a full spreadsheet of statewide and legislative candidate contributions below: