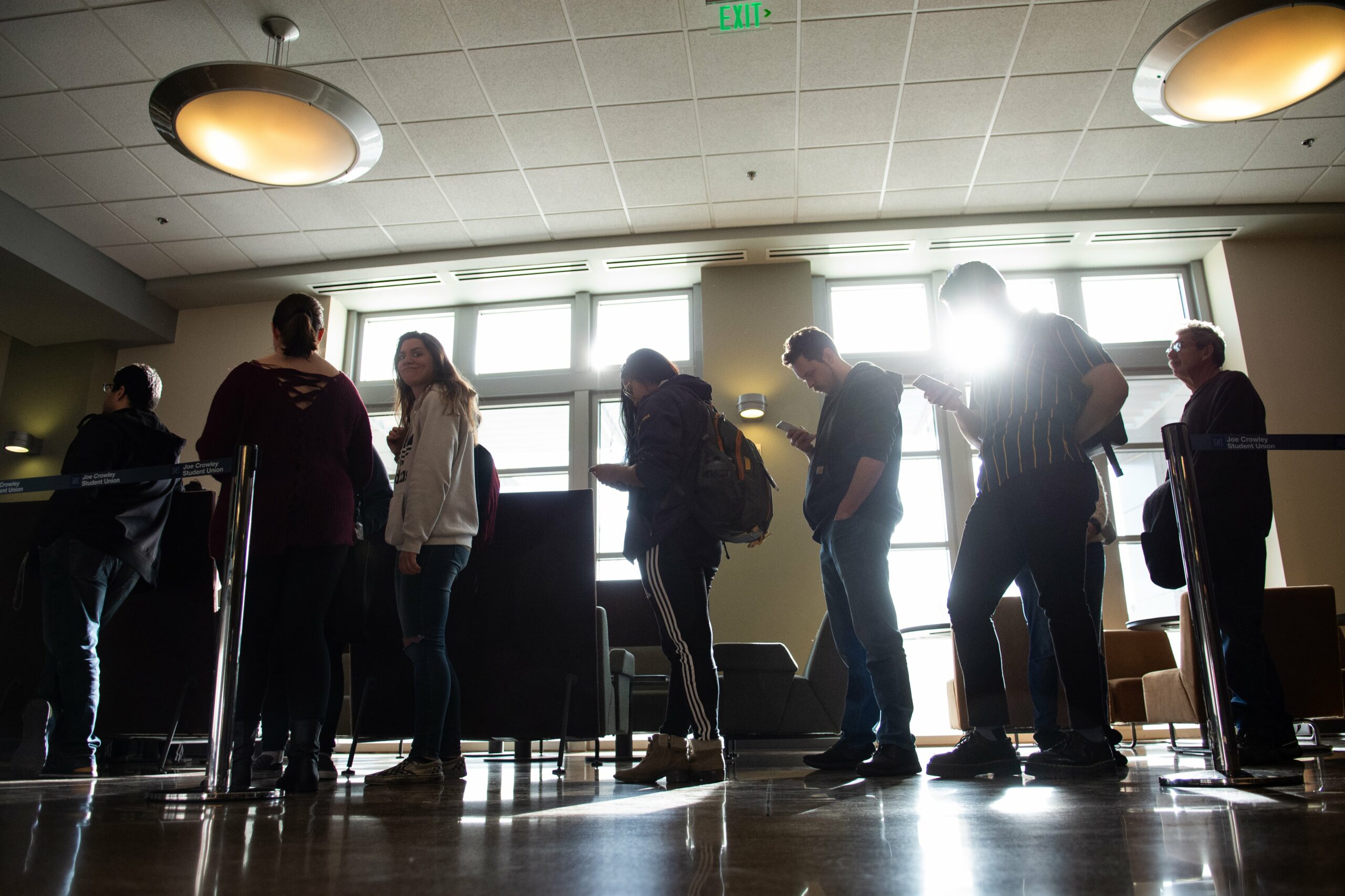 The Nevada Independent is releasing two Reno City Council election previews Thursday and Friday giving an overview of the two candidates, their campaign funding standings along with each candidate’s platform and stances.

The at-large council position represents residents of the entire city, but in 2024, the city will redraw wards, adding a sixth geographically distinct ward and eliminating the at-large position in the process. Lorton is looking to replace Reese on the council for the next four years.

Previously, Reese ran as a Democrat for state Senate in a tight race in 2016. He said he is running for the at-large position because it is geared toward finding opportunities to collaborate and building unity on the council. He added that it also gives him the chance to help the city where he grew up.

“I always view problems as opportunities to engage our community in finding solutions,” Reese said in a recent interview with The Nevada Independent. “As elected officials, we listen, we need to understand where people are coming from, that we gather a diverse set of ideas and solutions because oftentimes it’s in that listening phase and hearing what people’s issues are that we’re able to identify solutions that maybe weren’t on our radar.”

Reese describes himself as a bridge-builder and says he wants to continue the council’s current trajectory, pushing it further by prioritizing housing, support for housing-insecure populations and help for businesses and working families navigating through the pandemic and recovery. He said another one of his goals is to work with the county and other entities to address problems on a region-wide basis.

Such an approach to addressing homelessness is necessary because many struggles facing the community extend beyond the city’s border, Reese added. He noted that working with unsheltered communities too often falls on the shoulders of law enforcement when more social workers and community advocates should be involved and the county has more funding and resources that could be devoted to that work.

Reese said he recognizes the historical discrimination against Black communities, but does not support removing more funding from the police department. He noted that police officers deserve respect and pointed out that police have lost funding in the last 25 years because of  budget cuts due to a structural problem with property taxes.

Reese explained that because of the state’s taxation formula, property tax revenue is decreasing while costs for the city are increasing. To change the property tax structure, Reese said the Legislature would need to propose reforms and put it to voters. He added that it would be difficult to increase sales taxes because the city has tapped out that source so many times.

The Reese-Lorton campaign is perhaps the most vitriolic, as Lorton has consistently attacked Reese in social media posts, the most notable being a video featuring Reese’s brother, Sean Reese, airing family drama and accusing Reese of evicting him after he stopped making rental payments.

Reese responded to the video in a post online, calling it a “tasteless attack video” that exploited his brother who has struggled with mental health issues and substance abuse. He asserted that the video made false claims and that while he wanted to set the record straight, he did not want to make his family collateral damage in a political back-and-forth.

“While I picked a life in the public eye, [my family] did not. Although he has chosen to take part in this sick, baseless smear, I still believe that Sean’s personal struggles do not deserve to be aired further,” Reese wrote.

In an interview with The Nevada Independent, Reese declined to comment further on the attack, citing an adage that his parents taught him: “Never wrestle with pigs. You both get filthy and the pig likes it.”

Donations to Reese’s campaign for the second quarter totaled about $72,400, with one in-kind donation of $1,500 listed as a billboard from Lamar Companies. The largest contributions came in the form of three $10,000 donations from developers in Northern California.

In response to a question about whether the contributions present undue interest, Reese said campaign finance reform is needed, but right now candidates running for office don’t have much of a choice in terms of sources of funding, and the alternative is that only wealthy people would run.

He also said that he has received broad bipartisan support and funding from individuals, labor unions, businesses and other groups, and he said that the contributions do not influence his decisions and are disclosed and available to the public.

Reese spent around $60,400 during the second quarter, mainly on consultants, advertising, and a $250 donation to the Karma Box project, a community initiative that provides non-perishable food, first aid supplies and toiletries to vulnerable populations. The candidate has a healthy cash on hand balance of more than $76,000.

Lorton has more cash on hand, but that is almost entirely from $100,000 he loaned himself in February.

The highest donation Lorton’s campaign received in the second quarter was $5,000 from Don Roger Norman, a Reno real estate magnet and a partner behind the massive Tahoe-Reno Industrial Center that houses the Tesla Gigafactory.

When Lorton, the owner of a carpet cleaning business and investor in real estate, unsuccessfully campaigned against Hillary Schieve for mayor in 2014 and 2018, he ran on a platform advocating that the city sell surplus property and move the homeless shelter out of the downtown area.

Lorton ran for the mayoral seat after he filed a lawsuit in 2013 contending that council members could not run for mayor once they had served a full 12-year term because the mayor was a member of council.

Sferrazza’s departure from the race subsequently made way for Schieve’s candidacy. Schieve held the council’s at-large seat from 2012 to 2014.

Lorton declined an interview for this article, claiming that “the Independent is a bias[ed] news source … incapable of fair unbias[ed] journalism,” because Jon Ralston, the editor, is Sferrazza’s ex-husband.

On Lorton’s website, he has an agenda called the “Reno 2022 Plan,” with almost identical campaign goals and ideas as a “Reno 2022” plan he presented in 2018.

He seems to be reusing other campaign materials, too, listing the position he is running for on his campaign finance report in the first quarter as “Mayor, Reno” and hyperlinking a 2018 Gold Star Families Endorsement on his website — until he removed the link sometime after an op-ed criticizing the candidate and pointing out the link was posted on This is Reno in May. The endorsement is still listed on his website, but the link is no longer there.

Lorton says that homelessness in Reno is a problem the county should take responsibility for, and in a campaign announcement in February said that he also wants to focus on pedestrian safety.

“It is no secret that I have unsuccessfully thrown my hat in this ring before. But it’s not how many times you get knocked down that matters, it’s how many times you get back up,” Lorton wrote in the announcement. “It is my hope that I will be able to continue helping citizens understand matters that come before the Council, while also starting a new chapter in helping community members engage directly and more regularly with our elected leaders.”