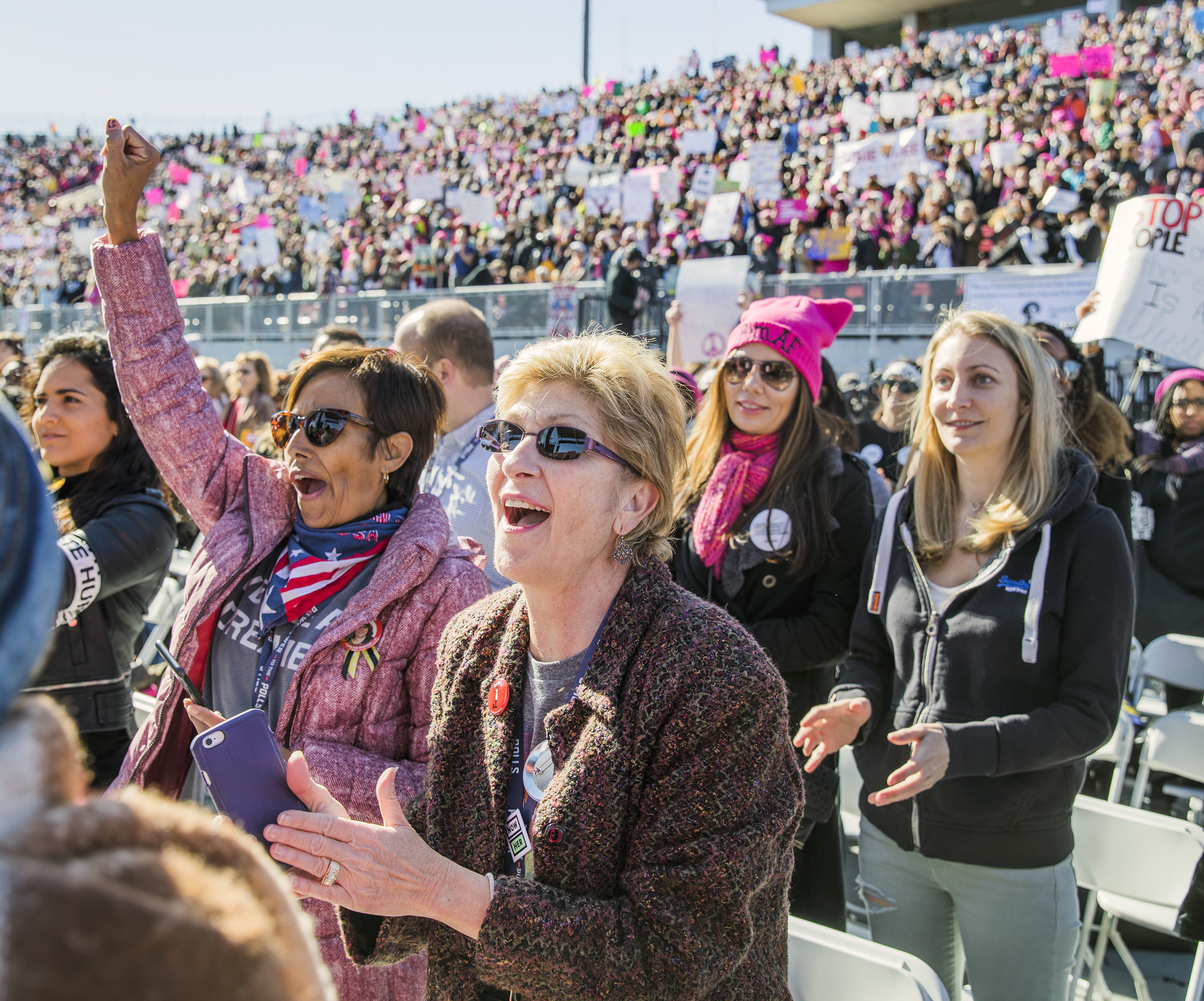 Copies of at least two mail pieces sent by an organization affiliated to EMILY’s List and obtained by The Nevada Independent show the national group taking steps to bolster Giunchigliani’s candidacy with less than a month before the primary election.

The mail pieces were sent by a PAC called “Women Vote!,” which is registered to an employee of EMILY’s List and last updated its registration with the secretary of state earlier this month. A spokeswoman for EMILY's List said the two were part of a 10-piece mail program supporting Giunchiglinai.

EMILY’s List endorsed Giunchigliani in January 2018, with organization President Stephanie Schriock calling her a “fierce leader and strong champion for Nevada women and families.” Schriock is also scheduled to headline a fundraiser for Giunchiglinai on May 19.

Giunchigliani’s campaign has also been bolstered by help from another outside group — the Nevada State Education Association, which launched a 7-figure ad buy earlier in May supporting her and attacking primary opponent Steve Sisolak. 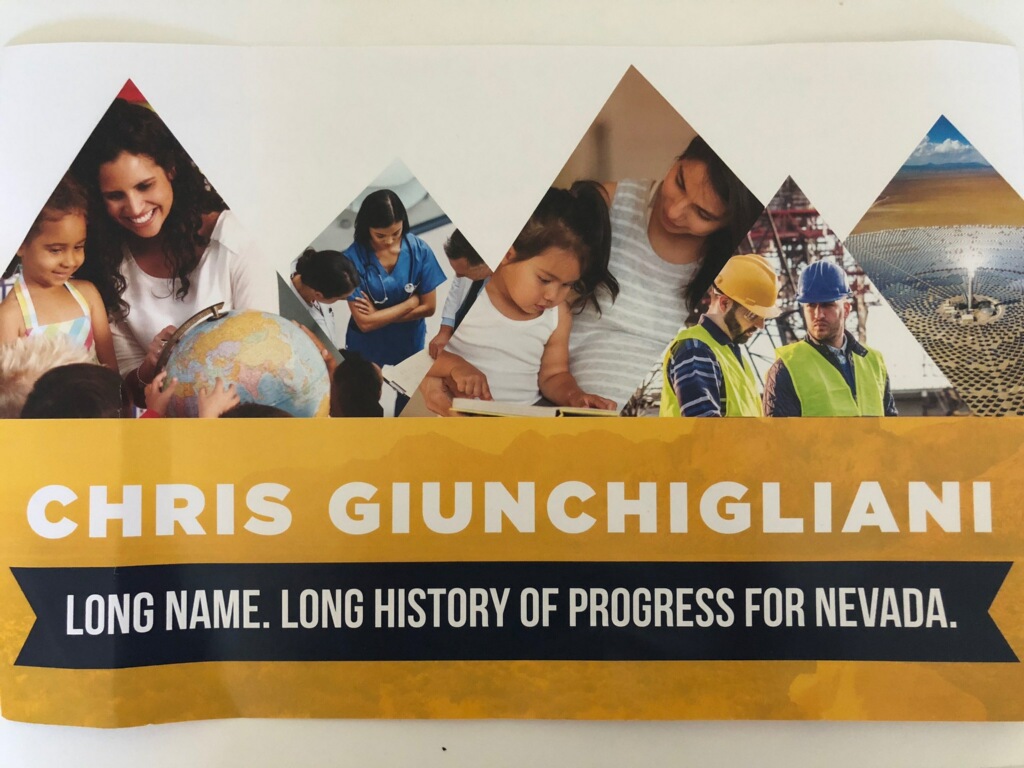 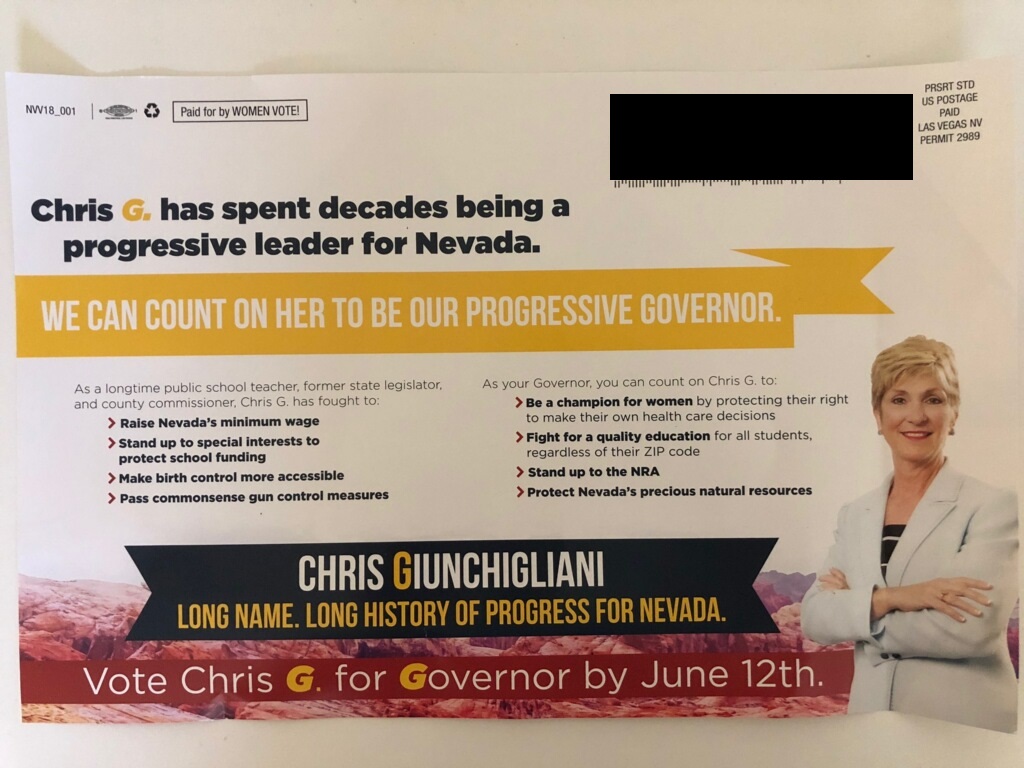 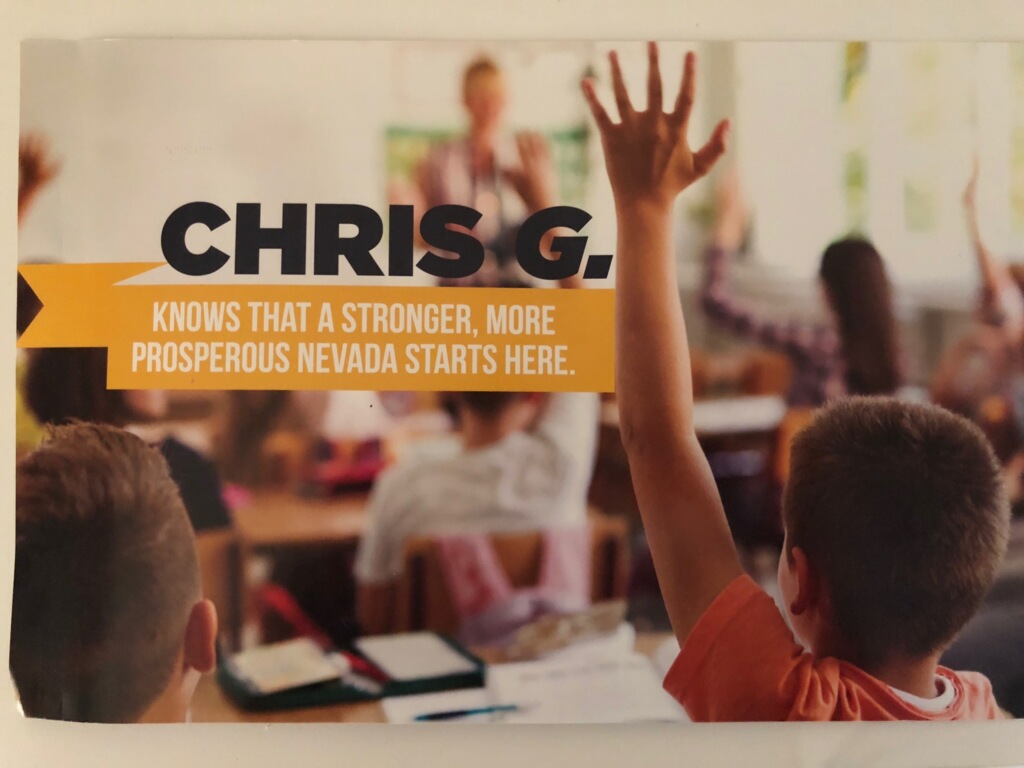 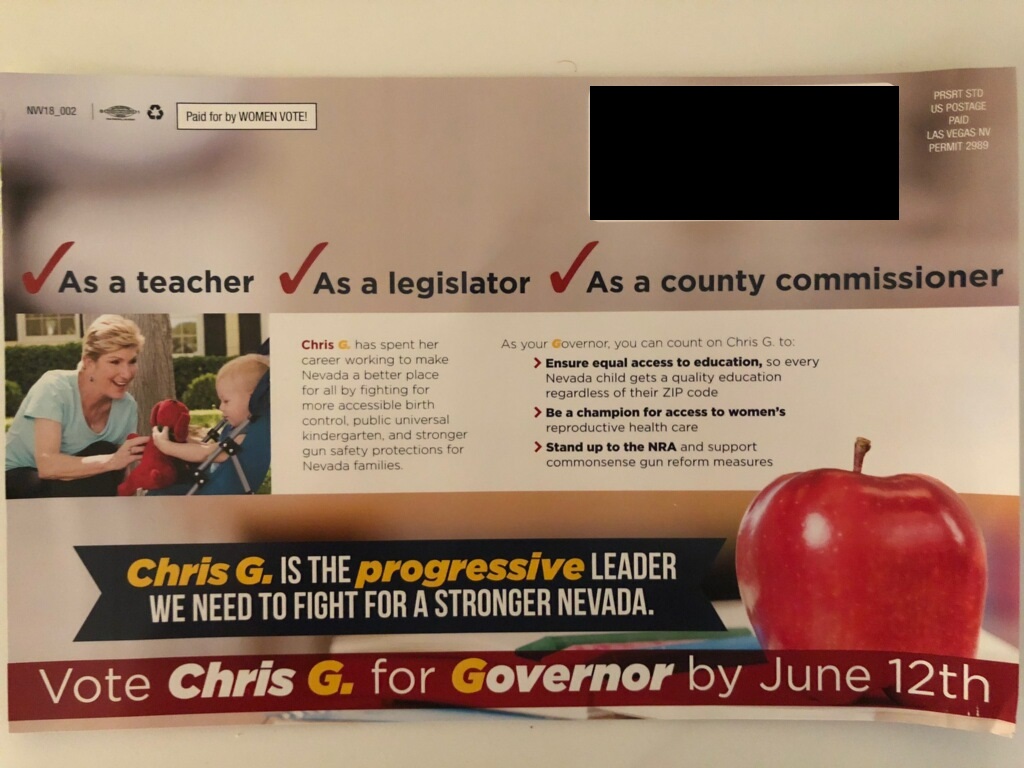