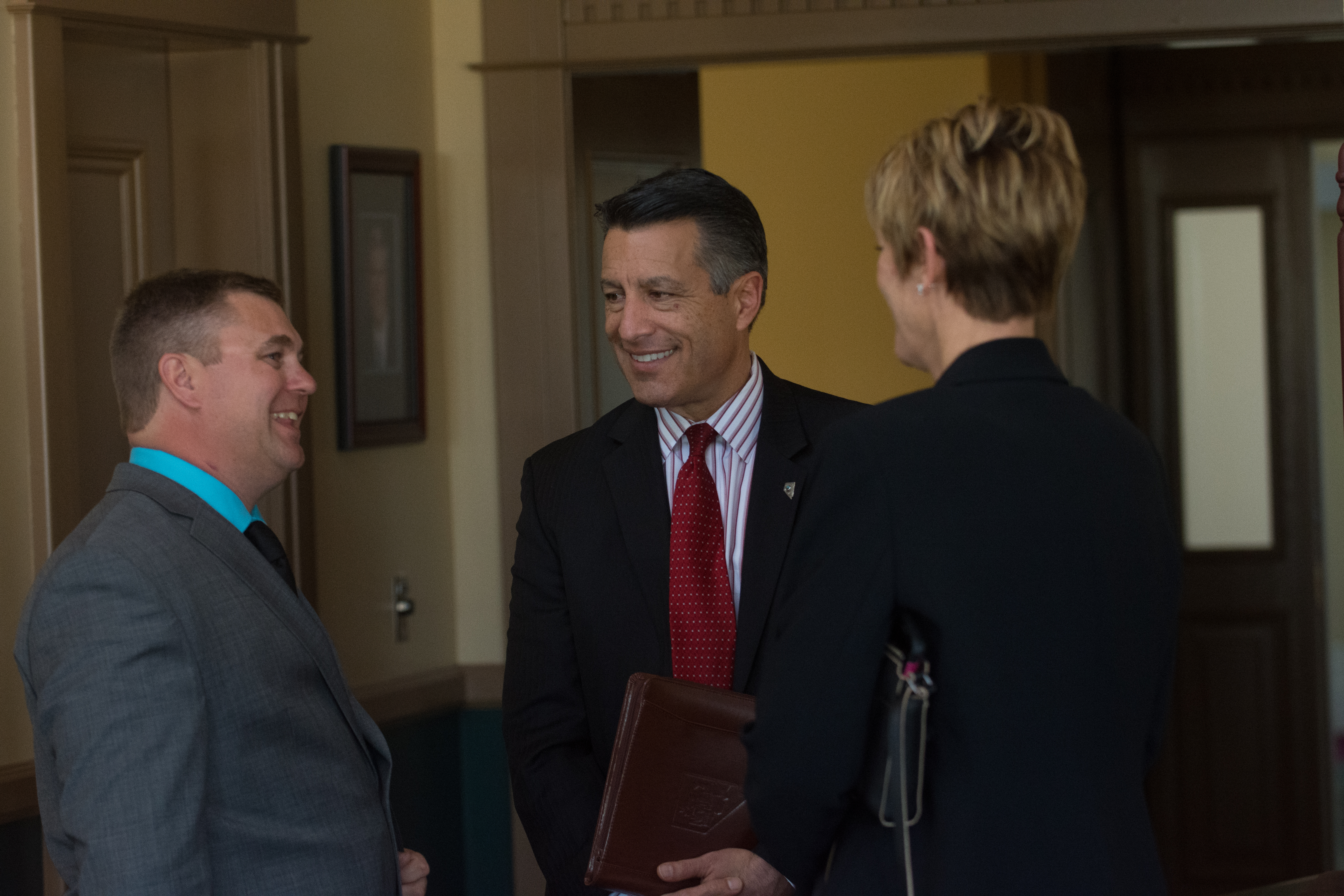 The Statewide School Safety Task Force will deliver an initial report — including a review of current school safety-related laws and a summary of recommended immediate actions — to Sandoval by Aug. 1. Those immediate actions could address bill draft or budgetary requests, an additional executive order to carry out other recommendations or proposed policies that school districts could adopt, among other things.

“The safety of our schoolchildren is a matter of unparalled importance,” Sandoval said in a statement. “It is imperative that the state devote its resources toward making schools as safe as possible and it is my firm belief that this Task Force will help us do just that.”

The task force members have not been selected yet, but the governor’s office said it will likely include the following people or representatives:

It’s unclear how soon the task force will convene, although the governor indicated last week that he wants it to happen as quickly as possible.

The executive order coincided with Clark County Superintendent Pat Skorkowsky sending a memo to principals on Monday, advising them to contact a school associate superintendent or school police before granting an employee's request to carry a weapon on campus.

The directive comes amid mounting conversation about arming teachers as a way to prevent school shootings. Under Nevada law, firearms and other dangerous weapons are banned from school property unless they’re in the possession of police officers or security guards. Principals also can give written permission for certain people to carry weapons on campus.

Sandoval acknowledged last week that he's "aware" of some school districts in Nevada that have armed staff members on campus, but he declined to say which districts or schools, citing safety reasons.

Skowkowsky's memo notes the district is working on guidelines to address the matter, taking into consideration factors such as what weapons would be deemed appropriate, what kind of background checks and training would be needed and the liability the situation puts on the school district. The issue will be discussed with the school Board of Trustees and school police, he said.

This story has been updated to include information about a memo sent to Clark County School District principals on Monday.