Federal moratorium isn’t enough to prevent some evictions in Nevada 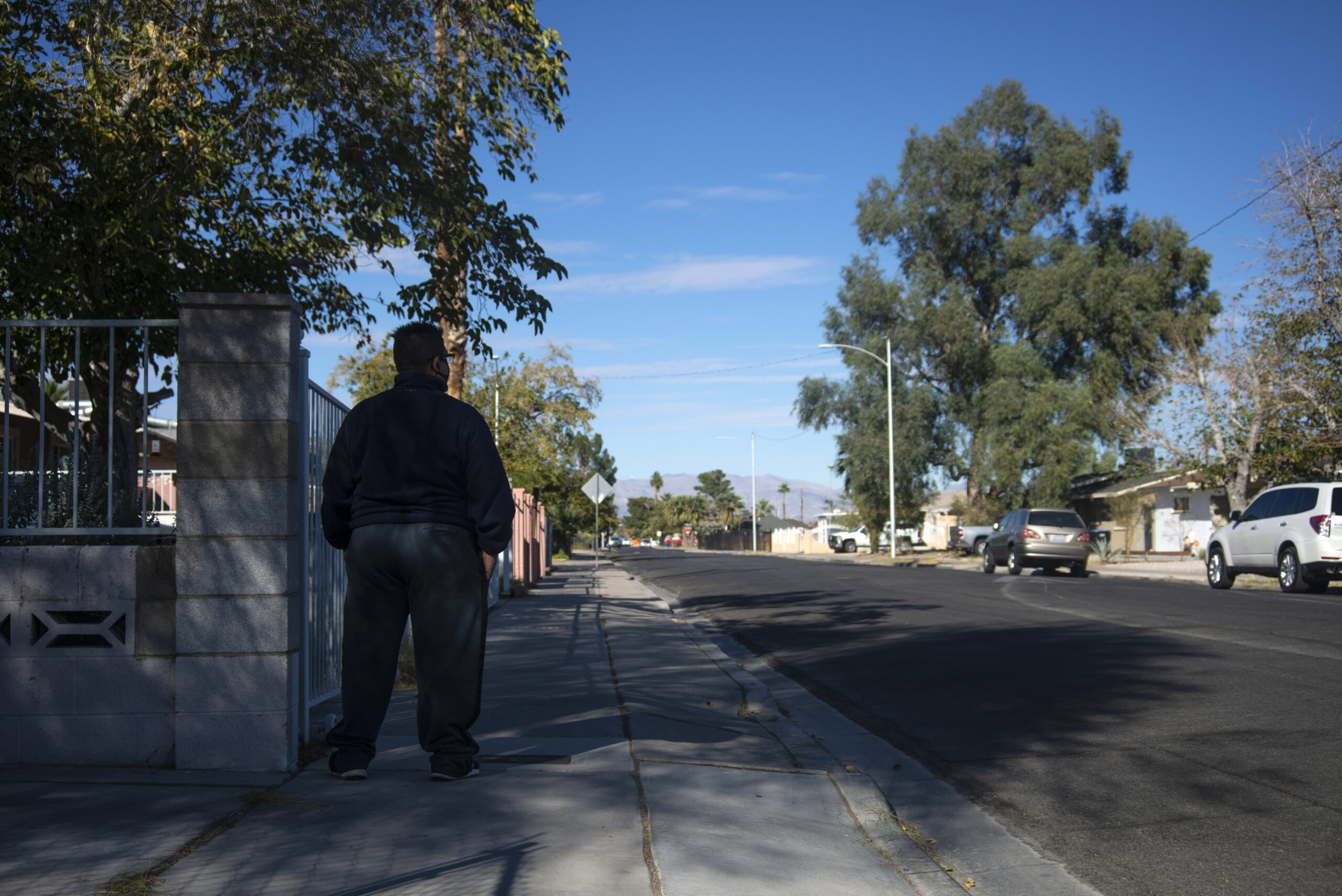 Enrique González was already facing tough times when he had his hours as a cook at the Aria Resort and Casino cut to two or three days a week and saw the unemployment checks that buoyed him earlier in the pandemic dwindle to nothing some weeks.

But he was still shocked last Tuesday morning when authorities showed up to his door, gave him 15 minutes to grab essentials and booted him from the home he’s lived in for five years. González has a pending application for government-funded rental assistance and has invoked a federal eviction moratorium in effect until the end of the year, but it was still ineffective against a court order that he be removed.

“I lived there for so many years. It’s a part of your life. I never expected this, much less this way,” he said in Spanish. “I didn’t take out clothes, anything, or blankets. I don’t have anything to cover myself. I have to begin again from zero, but the important thing is to keep going.”

The 51-year-old González, an immigrant from El Salvador, is just one of the Nevadans facing dire consequences after falling behind on rent while the state’s tourism-dependent economy remains a shell of its former self. While a statewide eviction moratorium lapsed in mid-October, Gov. Steve Sisolak has said the Centers for Disease Control and Prevention’s moratorium should help families still on the brink of losing their homes.

But many evictions are taking place anyway, amid what appears to be a difference in opinion between courts and tenant advocates over how broad the CDC moratorium’s protections extend.

“It's very hard to place a blanket statement over every single lease throughout the valley and determine whether or not it's going to be applicable to every single person,” said Christopher Storke, an attorney with the Legal Aid Center of Southern Nevada, which is advising many tenants. “It's just best to analyze their particular situation as thoroughly as possible to determine what would be the best course of action.”

González said he fell behind on August and September’s rent, after a more generous, $600-per-week federal add-on to unemployment benefits lapsed, but was able to make a payment in October. He had tapped into some help through an emergency fund from his employer, MGM Resorts, but he said the company didn’t fulfill his entire request.

The landlords first served Gonzalez on Sept. 14 with a 30-day “no cause” eviction notice — which can be served on someone like González, who was on a month-to-month arrangement after a longer-term lease had expired. At the end of that month, he was served on Oct. 15 with a five-day notice of unlawful detainer.

He didn’t answer those notices; he argues he was not properly served notice because the documents were not signed by a person indicating service, indicating it may have been a threat from the landlords rather than a legitimate filing.

“They didn’t want to accept any fix. They stuck the papers on the door, they left me papers in the mailbox,” González said. “They didn’t do it formally until now. They knocked on the door and left me the news.”

Most recently, he got an order dated Nov. 5, alerting him that Las Vegas Justice Court Hearing Master David Brown had granted his landlords a summary eviction and that the eviction would take place around 8 a.m. on Nov. 10. When officials showed up, he had time to grab important documents but little else.

“My wife is so stressed. We never thought that this was going to happen, but it happened and it is sad,” he said. “I understand that these are their laws and the police have to work, but sometimes — how is it that it doesn’t touch their hearts?”

The couple’s landlords did not return a voicemail seeking comment on Monday.

González is a native of El Salvador and has legal status through the Temporary Protected Status (TPS) program — a program that has also had an uncertain future under the Trump administration, which has sought to cancel it. He says he’ll find ways to try to make ends meet.

“I don't stand idly by. Whatever happens, I'll find a way to eat,” he said. “Despite my physical problems, I do mechanic work, landscaping ... I have learned in life to know how to handle myself. I appreciate what it is to know how to work honestly.”

What can be done

In the fight against what some researchers predict will be a tsunami of evictions — a scenario in which more than a third of Nevada renter households may struggle to pay rent by the end of the year — the CDC moratorium has been a significant relief. It applies to people who are unable to pay rent, have tried to make partial payments, sought rental assistance, make less than $99,000 a year and could be homeless if evicted.

But a month since the statewide moratorium lifted and left only the federal protection, Storke is seeing its limitations.

“Legal Aid Center of Southern Nevada has a bit of a broader interpretation ... of being a covered person under the CDC moratorium,” he said. “What's become clear to us is that the court may not necessarily have as broad of an application for that. It kind of creates a little bit of a problem with regards to assisting tenants and ensuring that they can prevent the eviction.”

Groups representing landlords were publicly supportive of the statewide moratorium in its initial phases, but have since soured on the concept. Teresa McKee, CEO of the Nevada Association of REALTORS, said at an Economic Forum meeting last week that the moratorium “made it impossible for a seller or homeowner to gain access to a property even if it was in terrible condition. The landlord's hands were tied.”

She said some smaller landlords struggled to pay the mortgages on their rental properties and argued that some tenants were not putting their unemployment benefits or other money toward rent.

Storke advises tenants to ensure they are eligible for the CDC moratorium’s protections before invoking them, and to answer any notices of eviction through a court filing. In Las Vegas, that is a process that can now be done online.

Taking that step can secure the tenant a hearing in court where they can push back against the eviction proceeding. Failing to answer can limit a tenant’s legal options.

But Storke also cautions that the CDC moratorium is set to lift in six weeks and tenants who are chronically struggling to make rent should consider a longer-term solution, such as a new place.

“They really need to take stock in their finances. They really need to figure out what they are going to be doing in their particular circumstance because ultimately right now the CDC moratorium just provides a so-called stop gap,” he said. “Ultimately, even though they're asserting the CDC moratorium, they're only really kicking the can down the road to an ultimate eviction.”

Nevadans can still seek help through several programs to avoid evictions. One is a rental assistance program funded with more than $70 million in federal coronavirus relief dollars.

Recent changes have aimed to make it easier for applications to get through the process, although statistics current through Nov. 6 show it’s still been a struggle to get funds disbursed before the deadline for using them, which is the end of calendar year.

An eviction mediation program is also up and running, and can bring tenants and landlords together to seek a compromise other than eviction. More than 100 mediators are trained to conduct the sessions.

Through the week of Nov. 6, there had been 209 cases referred to the program.  The majority of those — more than 170 — were in Clark County.

Still, some people are falling through the cracks, like González. He said his landlords were not interested in waiting for his application for rental assistance to come through and cover some of his debt.

He’s looking for a place to stay now, and hopes he and his wife can find their own housing rather than trying to stay with friends. He said the experience of being ousted from his own home was unnerving.

“You feel helpless seeing that they are wanting to get into something that was part of you,” he said. “It is not the material things, nor what is inside, but respect.”