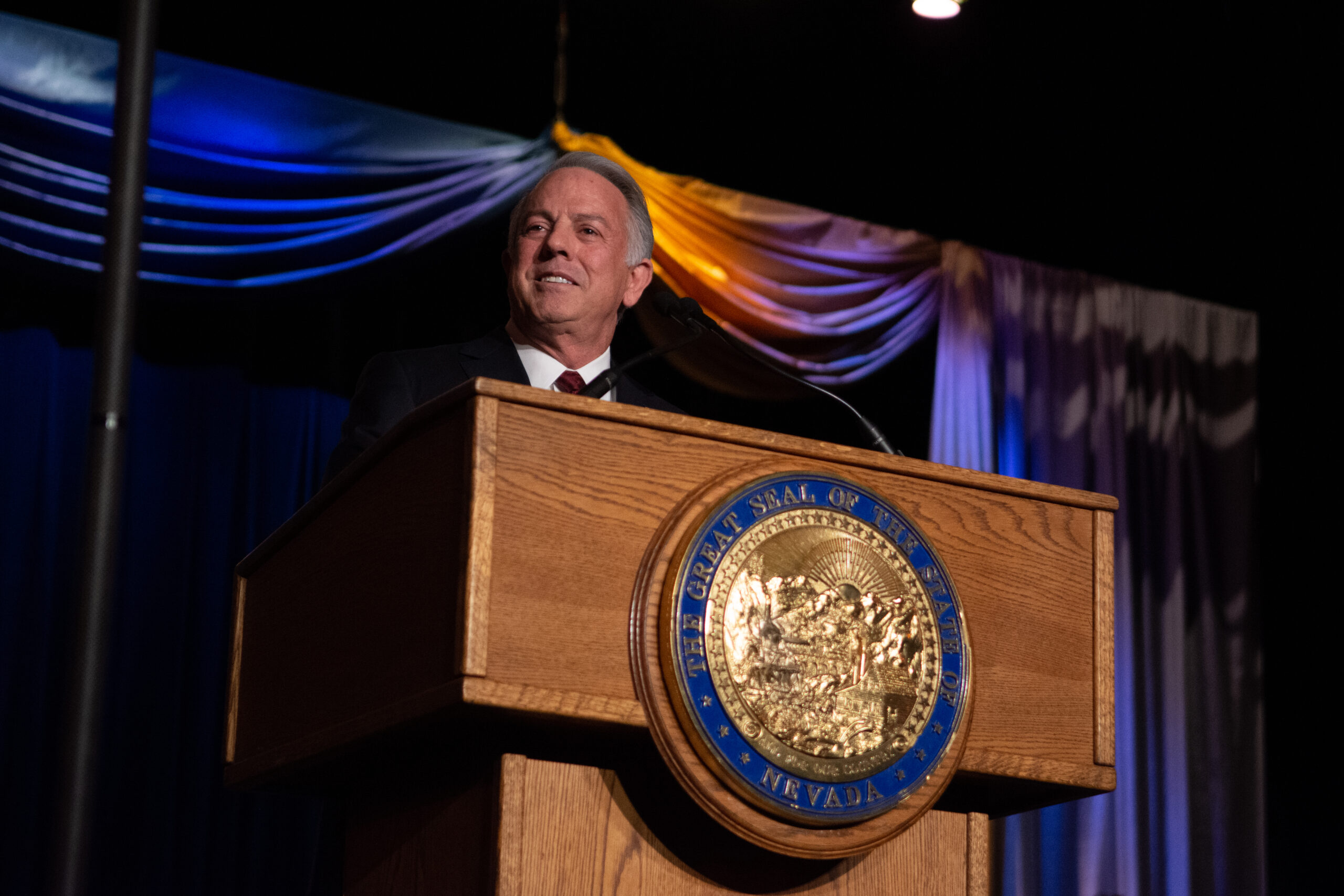 More than 700 people braved icy roads to gather at the Carson Community Center on Tuesday to celebrate the swearing-in of the state’s 31st governor, Republican former Clark County Sheriff Joe Lombardo, who declared the state was on the “threshold of another great Nevada era.”

Though Lombardo, 60, officially took his oath of office in a much smaller ceremony on Monday, the celebratory inauguration ceremony allowed him to share his vision for the state’s direction over the next four years. In a roughly 13 minute-long speech focusing on the “Nevada way,” Lombardo reiterated campaign promises of no new taxes, expanding school choice and eliminating “soft-on-crime” legislation while calling for unity among Nevadans regardless of political affiliation.

Lombardo said he would “carry the cause of conservative ideals” as governor, including “personal responsibility, fiscal discipline and limited government interference.”

The newly inaugurated governor also invoked the spirit and history of a defiant state born in battle.

“As we reap the promise of a new day, I want you to know I’m fully committed to putting the future back to where it belongs — in the hands of the people,” Lombardo said. “That is the Nevada way.”

The celebration was a light-hearted affair, featuring lawmakers from across the political spectrum mingling with one another and Lombardo ribbing several former governors, asking whether they remembered parts of their own speeches from years ago.

Lombardo took his oath as governor on Monday in a small ceremony with family, friends and staffers alongside four other state constitutional officers. State law stipulates that the governor must take “official oath … on the 1st Monday of January next succeeding his or her election.”

Ford said he held his own ceremony so his extended family could attend and he could share a message. The event included the song "Lift Every Voice and Sing" led by Reno-based Pastor DeSean Horne.

During Tuesday’s ceremony, Lombardo took a ceremonial oath of office administered by Nevada Supreme Court Justice Lidia Stiglich, and he shared with Nevadans a message of strength and unity.

"If we believe in ourselves sufficiently enough, and trust one another to overcome adversity, no matter the magnitude, we will never fail," Lombardo said.

In November, Lombardo won the race for governor by 1.5 points, defeating Sisolak, the first Democrat to hold the position in two decades. Sisolak was the only incumbent governor to lose this election cycle.

On the campaign trail, Lombardo promised to be the next “education governor,” touting school choice and voicing opposition to non-punitive disciplinary measures in schools known as “restorative justice.” He echoed that and other campaign promises during the Tuesday event, additionally pushing to re-energize the states’ economic and workforce development.

In the coming weeks, Lombardo has inaugural balls planned for Northern and Southern Nevada. On Jan. 23, Lombardo will deliver a State of the State speech to the Legislature where he is expected to share specific priorities for the upcoming legislative session.