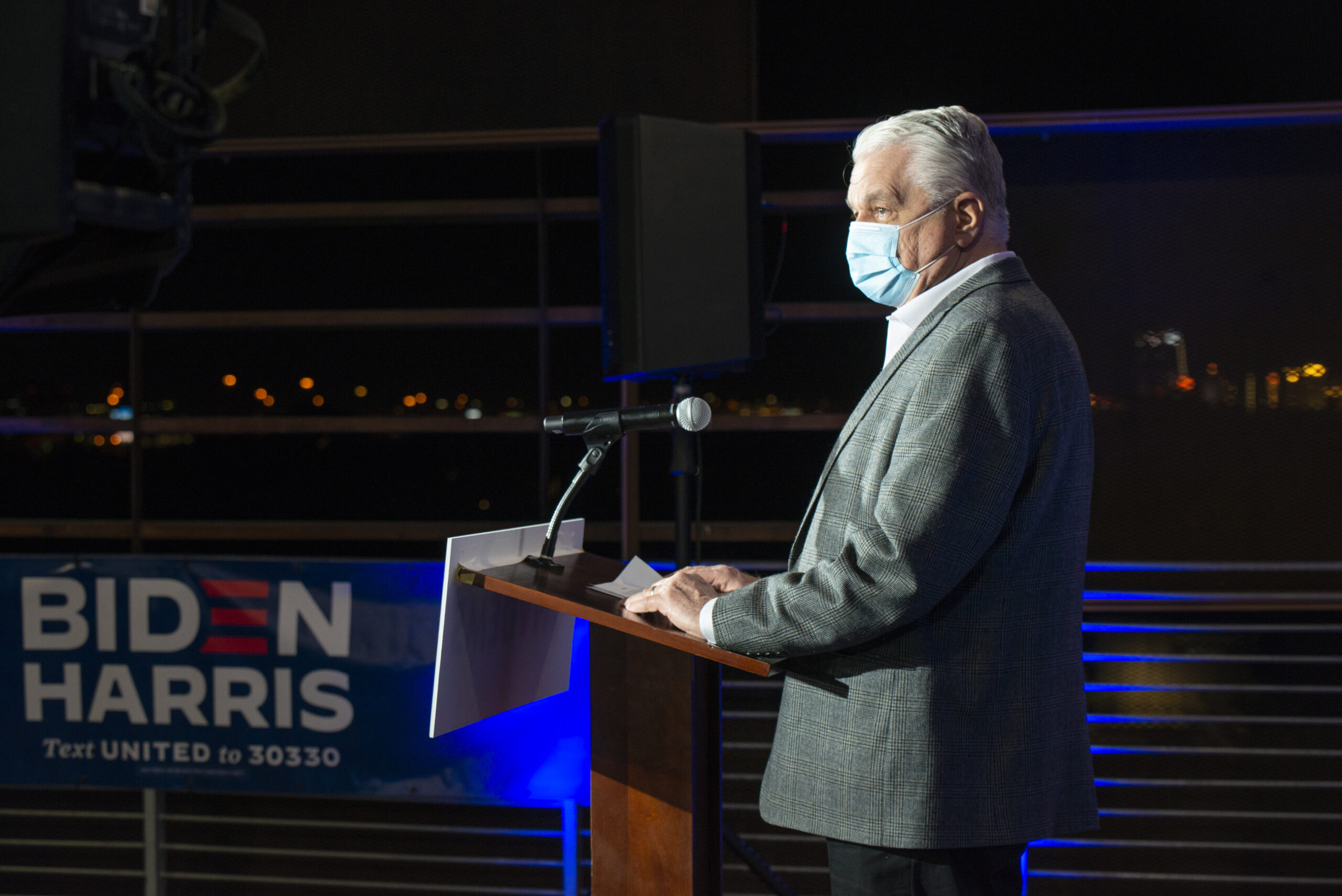 Democratic Gov. Steve Sisolak has reported raising upwards of $2.4 million for his re-election bid next year, an amount that roughly doubled the size of his campaign war chest to more than $4.53 million.

Sisolak’s 2020 haul, reported to the secretary of state Wednesday, is roughly 50 percent more than the $1.6 million he raised through 2019, though it remains a far cry from the more-than $11.3 million he raised during his contentious bid to win the seat in 2018.

Sisolak’s fundraising report comes amid national unrest related to the 2020 election and follows several failed recall efforts attempting to oust the governor that came after a number of restrictions were put in place in the earliest days of the pandemic. The report also arrives as the 2021 legislative session approaches and with it, a budget crisis stemming from economic damage caused by coronavirus shutdowns.

Though many of the individual contributions made to the governor’s campaign came in small dollar amounts, the vast majority of Sisolak’s 2020 fundraising — $2,356,277 — came in the form of contributions greater than $100, with 124 contributors giving the governor the $10,000 maximum donation. Taken together, those largest contributions total more than half of all the money Sisolak raised last year at more than $1.2 million.

When accounting for other donations, including those totaling $5,000 (143 total), and $2,500 (52 total), the amount raised through top-dollar contributions alone increases to roughly $2.05 million.

Of the largest contributions of $10,000, nearly a quarter-million came solely from gaming companies, manufacturers or trade groups, including:

Together, the gaming industry formed the single largest industry bloc of the governor’s donors. However, these totals likely only represent part of the overall contributions made by gaming companies or individuals related to the industry, as it does not include contributions made by industry executives or related LLCs. That includes a number of esoterically named holding companies or development companies, which often contribute in smaller amounts.

Notably absent from Sisolak’s 2020 filing are the state’s largest mining companies, which will likely find themselves at the center of a legislative fight to raise the state’s tax revenue in 2021 — a fight that comes after mining taxes first came back to the fore during a special legislative session last summer.

Their absence, however, is likely little more than a coincidence of campaign contribution timing. State law limits maximum contributions by campaign cycle, not by year, and several major mining companies — including Newmont and Barrick Gold — maxed out their contributions to Sisolak in 2019.

Other notable names for those who contributed the maximum of $10,000 include Marc Badain, chairman of the Raiders; Key and Rory Reid, sons of former Democratic Sen. Harry Reid; Clark County Commissioner Michael Naft, whom Sisolak appointed; and an LLC tied to Elaine Wynn, a businesswoman and philanthropist.

Sisolak also saw major contributions from seven companies linked to Las Vegas Golden Knights owner and Fidelity chairman Bill Foley, as well as a maximum contribution from Foley himself, for a total of $80,000.

With no campaign to mount through the 2020 cycle, Sisolak reported comparatively little in campaign spending, about $229,900.