Hail Eris! Meditations on using politics to serve the goddess of discord 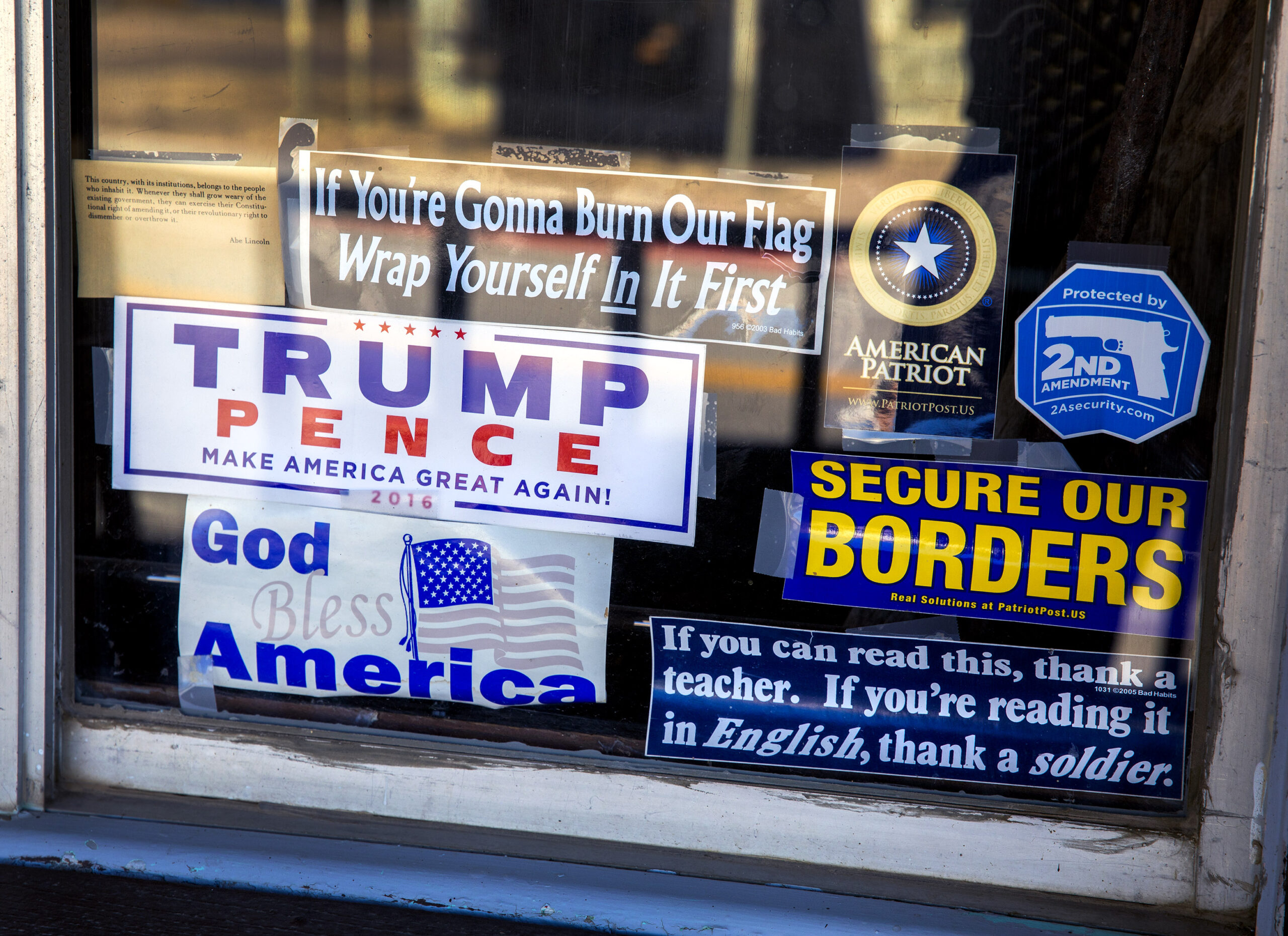 According to Greek mythology (and, much more importantly, the Principia Discordia), Eris, the goddess of discord, once rolled a golden apple into a crowded banquet hall, then walked away while her fellow goddesses fought over it. This, according to legend, led directly to the Trojan War.

Every now and then, when I’m feeling extra cynical about politics and life more generally, I imagine what I might do if I had near-limitless money and a political action committee to funnel it through. In these dark moments, while I despair over the political process being unable to help anyone without hurting at least a dozen others, I occasionally fantasize about running a political action committee according to Erisian principles — one run solely to sow discord and cause trouble.

If I’m feeling especially cynical, I tell myself that such an organization would likely be every bit as effective as every other political organization at its stated goals, and would be more likely than not to bring peace and goodwill instead of chaos and discord to all.

Just to be on the safe side, however — and with an eye on the calendar (April Fools’ Day is only just behind us) — here are some of the worst (best?) ideas I’ve jotted down for my Erisian PAC to pursue once someone magically bestows the wealth of King Midas into my checking account. As you read them, please remember that I am not a lawyer, campaign and election laws are complicated and multilayered, none of these ideas are morally sound, and several of them may not be particularly legally sound, either. All ideas are presented for parodic purposes only. Please do not try any of these at home.

There are several laws governing the placing of campaign signs. According to the secretary of state’s Campaign Guide 2022, there are laws governing whether signs can be placed within highway rights-of-way (generally speaking, don’t), how close to an election such signs are allowed to be posted without a permit (per statute, no more than 60 days prior to a primary election and all signs must be removed within 30 days after the conclusion of the election), and even whether landlords may prohibit their tenants from displaying campaign signs (as long as the sign isn’t too large, they can’t).

There are not, however, any laws requiring campaign signs to be designed by the campaigns themselves. If you want to design your own campaign sign to support your favorite candidate, nobody’s going to stop you, no matter how, ah… helpful your sign proves to be.

This logic, of course, neither starts nor ends with campaign signs. PACs routinely place ads on television, the internet, radio, social media, and so on to support or oppose candidates and policies. As a general rule, however, such advertisements are earnest and straightforward.

There’s no reason they have to be, though.

Several years ago, Kevin Drum, a liberal journalist for Mother Jones, identified and labeled the practice of “nutpicking” — in other words, of finding a few anonymous nuts in a crowd and then elevating them as “representatives” of whatever movement they claim to support. Usually, this practice is employed earnestly by one partisan side against another. Christopher Rufo, the conservative pioneer of labeling anything people don’t like as “critical race theory,” has built himself a career around nutpicking through our nation’s patchwork of over 10,000 school districts and treating examples of ideologically blinkered behavior in some college town as if they’re somehow representative of anything happening in a school in Caliente. Similarly, it’s always tempting to find a vocal Hitler supporter at a conservative rally (there’s always one) and hold them up as proof that everyone at the rally is either a neo-Nazi or supports neo-Nazis.

But why be earnest or selective about it? For that matter, why point against the gadflies when it’s clearly so much more fun being one?

With that in mind, one of Assemblywoman Lisa Krasner’s (R-Reno) legislative accomplishments during the last session was the creation of a statewide task force on human trafficking. One of recurring shibboleths adopted by QAnon, a conspiracy theory-driven political movement, meanwhile, has been the need to “#SaveTheChildren” against widespread child sex trafficking — a noble cause, to be sure, were their efforts less focused on banning face masks on children or conspiracy theories around online retailers selling children inside overpriced furniture and more focused on literally any actual human trafficking that occurred anywhere.

Is Krasner a member of QAnon? Is her desire to reduce human trafficking motivated by her belief in abstruse online conspiracy theories? No, I don’t think so.

Are QAnon supporters more likely to vote for Krasner in her state senate campaign against appointed incumbent Sen. Don Tatro (R-Reno) because of her outspoken advocacy against human trafficking? Perhaps so.

So what’s stopping anyone from putting up signs “supporting” Krasner’s primary campaign by claiming she “trusts the plan,” or handing out fliers that claim, where she goes one, we go all?

Nothing I can see, except perhaps a sense of good taste and propriety.

Why stop with Krasner, though? The Nevada Democratic Party, an organization currently run as a de facto front for the local Democratic Socialists of America, endorsed Henderson Mayor Debra March for lieutenant governor before Gov. Sisolak ultimately appointed Lisa Cano Burkhead to the seat vacated by former Lt. Gov. Kate Marshall. Even now, with a sitting Democratic incumbent in the lieutenant governor’s seat, state party leaders are hosting fundraisers for Burkhead’s primary challenger — or, at least, trying to, in much the same way minor party events with seven people “try” to do anything.

(Before anyone gets the wrong idea about the crowd, I’m merely suggesting that putative leaders of a major party should be better at bringing a moneyed crowd together than the opinion columnist you’re currently reading. It might be a higher bar than I can personally clear, but I assure you — it’s not a high bar, especially for someone who wants to be the chairwoman of Nevada’s largest party. But I digress.)

Getting back to the Nevada Democrat-endorsed primary challenger of a Democratic lieutenant governor, there’s absolutely nothing stopping anyone from putting up signs, advertisements, or distributing literature from “Communists” claiming to support March. The copy writes itself — the Long March of the Chinese Communists through 4,000 miles of countryside serves a similar role in the mythology of the People’s Republic of China as George Washington’s army’s harsh winter encampment from Valley Forge serves in ours. It also serves as fertile soil for humor’s highest form — name-based puns.

Will Nevada’s communists help Debra in her Long March to Carson City? Do they even want to? I have no idea. The only thing worse than an actual dyed-in-the-gray-wool Maoist is having to spend more than two seconds with a confused college kid who thinks buying a long-discredited ideology as a consumer good is an acceptable substitute for the self-reflection and personal growth required to develop an interesting personality.

Regardless, I’m pretty sure she wouldn’t appreciate the “support,” real or otherwise.

If there’s one thing I absolutely love, it’s when partisans, faced with an embarrassment on their side, suddenly announce that the embarrassing person is a “paid actor” or a “shill”. It ranks right up there with those who think that large crowds of people who disagree with them are “paid by NGOs/George Soros/the Koch Brothers to be there” — because, after all, everyone they know agrees with them, so how could anyone outside of their small social circle develop a different opinion?

I love it so much, in fact, that I think someone actually should pay actors — unionized, SAG-AFTRA card-carrying actors, to be more specific — to heckle elected officials.

The reason I want to use paid, unionized actors to heckle elected officials is because today’s volunteer hecklers are simply too amateurish to get the job done right. At one extreme, they threaten to lynch those they disagree with. At the other, they put no effort or thought into their heckles and blurt out less clever invective than my friends and I used to scream at referees during college sporting events.

Where’s your Nazi uniform? Really? That’s the best the heckler at the most recent IndyTalks event could come up with against Sheriff Joe Lombardo? Your cops beat their spouses is easier to chant and would have actually pointed to a real issue — a topical one, even. It also would have demonstrated some awareness of history and reality beyond the last time the United States fought a war against cartoonishly villainous bad guys. With a bit of workshopping, they could have even worked in the recent arrest of another Metro officer for allegedly sexually assaulting a pre-teen.

Seriously, it’s not like Metro is run so competently that anyone who runs the organization should be considered fit for wider office, regardless of party affiliation. Are we next going to promote Clark County School District superintendents and board trustees to the Governor’s Mansion? For all of Nevada’s faults, I don’t think our state is that bereft of competence and talent.

Be all that as it may, by hiring unionized actors to heckle instead, we can leverage their professionalism, their knowledge of dramatic timing, and their ability to read an audience. If they’re not comfortable working a heckle as an improv exercise, we could even expand the talent pool to include paid writers — unionized, card-carrying members of the Writers Guild of America West, naturally — to provide effective heckling scripts for actors to recite.

Why the insistence on union labor? By hiring union labor for the important task of heckling elected officials, volunteer efforts to heckle will compete against better paid, professional union labor. As a general rule, it is my understanding that unions are not particularly fond of such competition, especially when it’s not getting paid. It’s really difficult to compete against “free,” after all, even if you’re producing an obviously superior work product.

Consequently, union labor would be incentivized to take every step possible to ensure nobody heckles our politicians amateurishly without, at a bare minimum, paying their dues first.

Besides, heckling is dangerous work. Things go wrong, the police sometimes get called, people get hurt. It’s important for hecklers to know they have the peace of mind of union-provided health insurance coverage before they get in some random elected official’s face.

Meanwhile, whenever some heckler blurts out something embarrassing, the partisan on their side could rest assured that their conspiratorial instinct is factually correct — of course that was a paid actor. I (or, rather, my imaginary PAC) paid them. Would you like to review our collective bargaining agreement?

Would paid hecklers and vocal support from imaginary and intentionally dodgy allies make our politics better? Would it bring moderation and collegial comity to the halls of our public institutions?

Well, no… but it’s not like anything we’re doing today is helping with that, either.

Not by me, alas. It’s probably for the best.

Perhaps you, dear reader, will have better luck.
David Colborne ran for office twice and served on the executive committees for his state and county Libertarian Party chapters. He is now an IT manager, a registered nonpartisan voter, the father of two sons, and a weekly opinion columnist for The Nevada Independent. You can follow him on Twitter @DavidColborne or email him at [email protected].