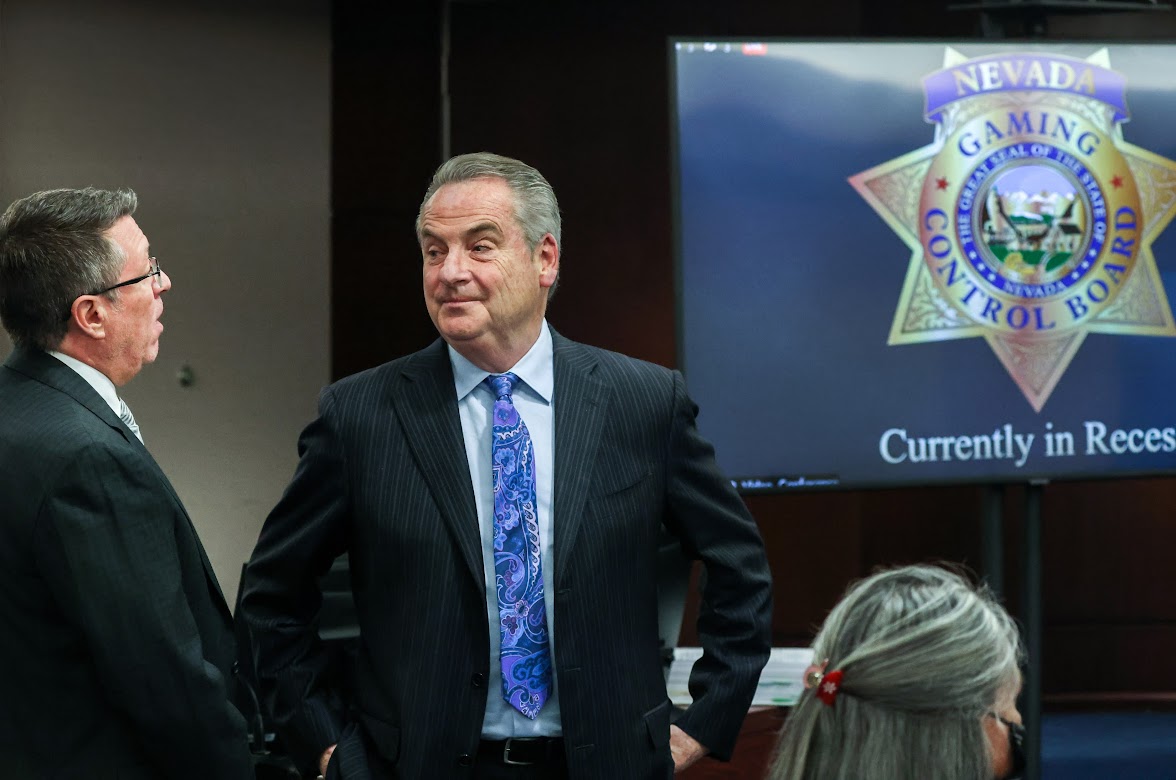 Hard Rock International CEO Jim Allen told the Gaming Control Board Wednesday the company will take much of next year to finalize plans for a complete remodel of The Mirage, which will eventually be renamed Hard Rock Las Vegas.

The company, which is owned by Florida’s Seminole Indian Tribe, is buying the operations of the Strip's 33-year-old hotel-casino from MGM Resorts International for nearly $1.1 billion. Allen said the property would operate as The Mirage through 2023 before it’s closed and renovated over the course of a 26-month to 30-month project.

“We anticipate spending billions of dollars [to develop] a new destination resort on the Strip,” Allen said.

The transaction was announced almost a year ago. Allen said the sale could close 48 hours after approval by the Nevada Gaming Commission on Dec. 22.

During a nearly three-hour presentation, Allen told the control board The Mirage would be stripped down to its concrete shell. Much of the surrounding spaces, such as the pool areas and outside grounds along the 77-acre site, will be demolished and reconfigured.

One of the new features is an all-suite guitar-shaped tower at the front of the property alongside the Strip. That means the faux volcano, a focal point of the tropical island-themed Mirage when it was opened by Steve Wynn in 1989, will be demolished.

Earlier this year, fans of the volcano conducted a “save the volcano” petition drive, collecting as many as 5,000 signatures. But Allen, who also serves as chairman of Seminole Gaming, said the property “sits on the 50-yard line” of the Strip, which calls for an iconic feature.

Hard Rock initially proposed a 998-foot, guitar-shaped hotel tower, but the concept was rejected by Clark County. Allen said the tower, which is similar to one built at the company’s flagship Hard Rock Hollywood near Fort Lauderdale, Florida, will be between 500 feet to 660 feet tall. Allen said the Strip development will be a tourist destination with a step-and-repeat platform near the building, allowing visitors “to take selfies” from the Strip.

Allen said an infinity pool deck would be built adjacent to the guitar-shaped tower.

Two other features at The Mirage, the Secret Garden and the Dolphin Habitat, have been closed to the public and will be demolished as part of the redevelopment. Allen said the animals will be relocated to new homes, “where they will continue to be loved and cared for by well-trained, highly respected animal care professionals and veterinary experts.”

He said that process could take six months to complete.

“Everybody wants to know what we’re going to do with The Mirage,” Allen told the control board. “When it was designed, it changed the industry.”

But the building, he said, is out of date. Allen noted the Mirage still has catwalks hidden above the casino that served as areas for surveillance, which he said is the reason the building’s ceilings are low.

Plans call for the remodeled Hard Rock to have 3,700 rooms and suites, a 174,000-square-foot casino, an additional 50,000 to 85,000 square feet of convention space, 21 restaurants and a new Hard Rock Live entertainment space. Allen said The Mirage villas would remain but be remodeled and modernized.

The opening of The Mirage attracted international attention and marked the first new Strip resort in 15 years. Built at a once unheard-of cost of $630 million, the opening kicked off a building boom on the Strip that lasted several decades.

The Seminoles are trying to become the first American Indian tribe to operate a casino on the Strip.

In March 2021, the gaming arm of Connecticut’s Mohegan Indian Tribe opened the casino inside Virgin Hotels Las Vegas along Paradise Road and Harmon Avenue, just east of the Strip.

Southern California’s San Manuel Indian Tribe reopened the off-Strip Palms Casino Resort in May after acquiring the property for $650 million from Red Rock Resorts. The hotel-casino is on Flamingo Road, roughly a mile west of the Strip.

Control Board member Philip Katsaros noted the historic nature of The Mirage acquisition by the Seminole Tribe.

“This property is iconic as it seemed to trigger the rebirth of the Strip that we see today,” Katsaros said. “This is going to elevate the game for everybody on the Strip.”

Katsaros and Brittnie Watkins were the only two control board members to rule on The Mirage acquisition. Watkins was named acting chairwoman last month following the resignation of Brin Gibson. She also mentioned the history behind recommending the approval of the Seminole Tribe.

It will be up to Gov.-elect Joe Lombardo to decide whether Watkins, who has more than two years left in her term on the control board, will remain as board chairwoman. Katsaros’ term expires in January, giving Lombardo two appointments.

Hard Rock has long coveted a spot on the Strip. Allen said he first spoke with former MGM Resorts Chairman and CEO Jim Murren years ago about the availability of The Mirage. Murren left the company in 2020. Allen said overtures were made to other casino companies, but he didn’t disclose which properties caught the company’s attention.

“We wanted ample grounds to do this properly,” he said.

Allen told the control board The Mirage’s 3,600 employees will continue to operate the hotel-casino through 2023. He said a deal was signed with Cirque du Soleil to keep “The Beatles Love Show” in place through the end of the year.

Hard Rock Atlantic City executive Joe Lupo has been brought in to serve as general manager of The Mirage and oversee the transition to Hard Rock Las Vegas.

The Mirage property is owned by real estate investment trust VICI Properties and Hard Rock will assume the 25-year lease on the site. VICI and Hard Rock have a similar landlord-tenant relationship with Hard Rock Casino Cincinnati.

MGM Resorts will retain the name Mirage for future use.