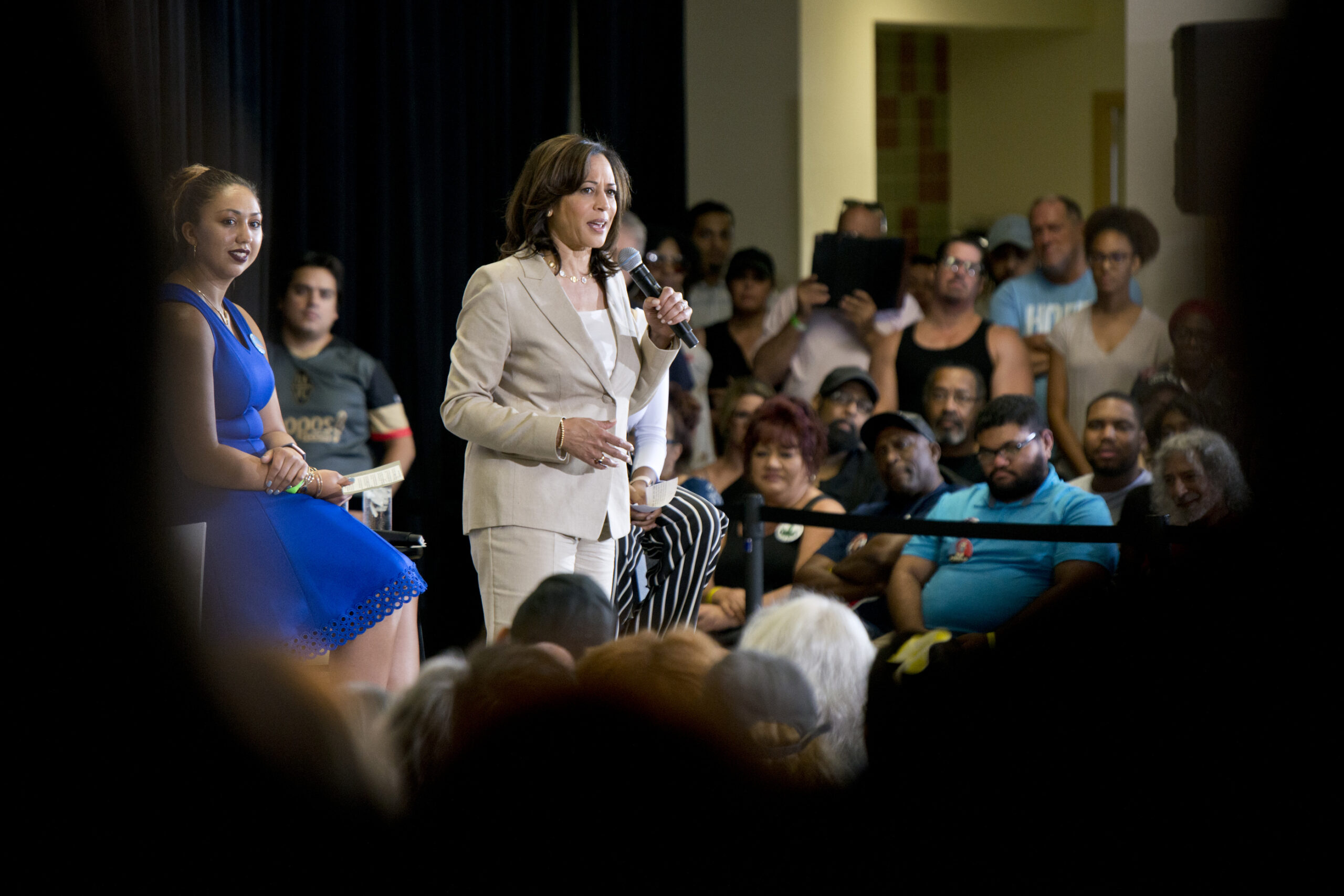 U.S. Sen. and Democratic presidential hopeful Kamala Harris said Wednesday that the House’s formal impeachment inquiry against President Donald Trump will be a “full and righteous airing” of what she described as the “corruption and misdeeds” of the president and his administration.

Harris, speaking to Nevadans during an afternoon tele-town hall, framed allegations that Trump pressured the president of Ukraine to open a corruption investigation into former Vice President Joe Biden, a leading 2020 contender, and his son as “colluding with a foreign leader” to “manipulate the outcome of our election.” House Speaker Nancy Pelosi formally announced the impeachment inquiry on Tuesday after mounting calls to do so from House Democrats as they sought a whistle-blower complaint detailing the allegations withheld by the White House.

Harris first came out in support of impeaching the president in April following the release of special counsel Robert Mueller’s report on Russian interference in the 2016 election.

“As a former prosecutor, I will tell you that my entire career has been fighting for justice and Donald Trump has clearly thought of himself — as soon as he told us he could shoot somebody on Fifth Avenue and get away with it — as someone who thinks he is above the law,” the California senator and former San Francisco district attorney said.

She cautioned, though, that even if the Democrat-controlled House chooses to move forward with drafting articles of impeachment, the Republican Senate is unlikely to convict the president, with the body needing two-thirds support to do so.

“Based on the two years and some months that I have been in the United States Senate, I have seen countless examples of the majority in the Senate coddle the bad behaviors of this president and not hold him accountable,” Harris said. “I can be very candid with you, I don’t know that if and when it comes over to the Senate that there would actually be a finding of guilt.”

But she didn’t rule it out entirely.

“I also think that there is reason to think that perhaps people have the ability finally to put country above party,” Harris said, “and we will see.”

Beyond impeachment, Harris discussed during the wide-ranging tele-town hall her plans to reduce prescription drug costs, ensure college affordability and address climate change. She also reiterated her support for the legalization of marijuana and an assault weapons ban.

The tele-town hall was attended by about 1,000 likely caucusgoers, according to the Harris campaign.

Harris will return to Nevada on Oct. 2 for a presidential gun safety forum hosted by March for Our Lives and Giffords in Las Vegas.