Heller: Trump's budget is anti-Nevada, promises to lead on Yucca 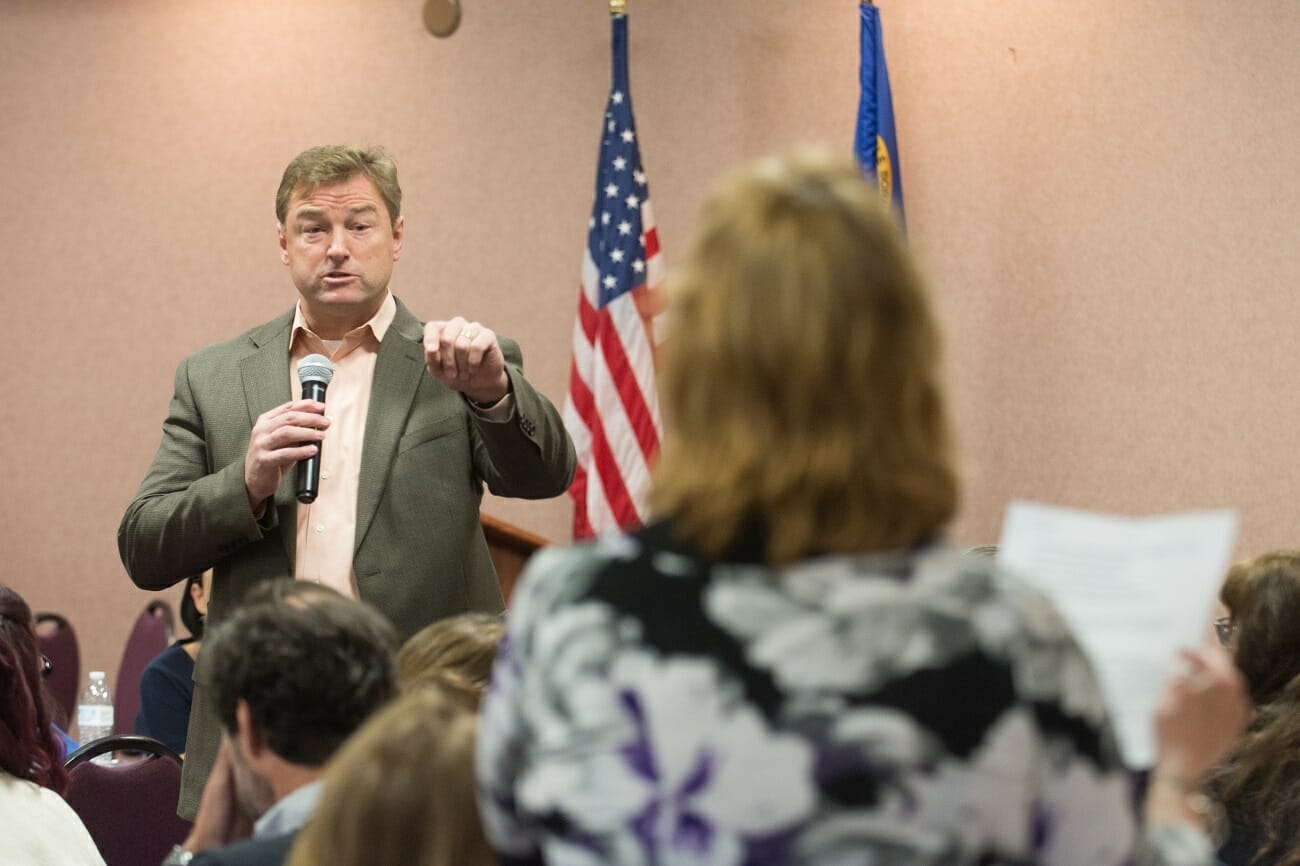 GOP Sen. Dean Heller painted himself as an independent voice in Congress on Monday, telling state lawmakers in a speech that the White House’s proposed budget is “anti-Nevada” and he’d work to change the minds of his fellow Republicans on issues when their policies hurt the state.

The comments from the state’s senior senator, who is facing re-election in 2018, came as he criticized the Trump Administration’s “reckless” push to open a nuclear waste facility at Yucca Mountain and efforts to defund the Southern Nevada Public Lands Management Act, which allows the Bureau of Land Management to sell public land within a specific boundary of Las Vegas.

“The administration's budget in my opinion is anti-Nevada and I'm not happy about it,” Heller said. “Not one bit."

Protests continued with a rally in front of the Legislative Building in Carson City ahead of his speech. While demonstrators carried signs into the balcony during the address, they didn’t disrupt the speech.

In his address to the Legislature, Heller sought common ground with Democrats by touting his work to preserve a renewable energy tax credit, his efforts  on veterans issues, his partnering with Democratic Sen. Dianne Feinstein to reauthorize the Lake Tahoe Restoration Act, his promotion of economic development through Interstate 11 and his support of measures to help people who gained insurance through Obamacare.

He said he brought a letter from Democratic Senate Majority Leader Aaron Ford and Assembly Speaker Jason Frierson asking about how Nevadans would be affected by a possible repeal of the Affordable Care Act to Secretary of Health and Human Services Tom Price’s confirmation hearing. Democratic caucus staff said on Twitter during the speech that neither Heller nor Price had ever reached out to Ford or Frierson about the letter.

Heller, who never publicly endorsed then-candidate Donald Trump during the 2016 election but has supported all of his Cabinet nominees, mentioned the president by name only once in the speech.