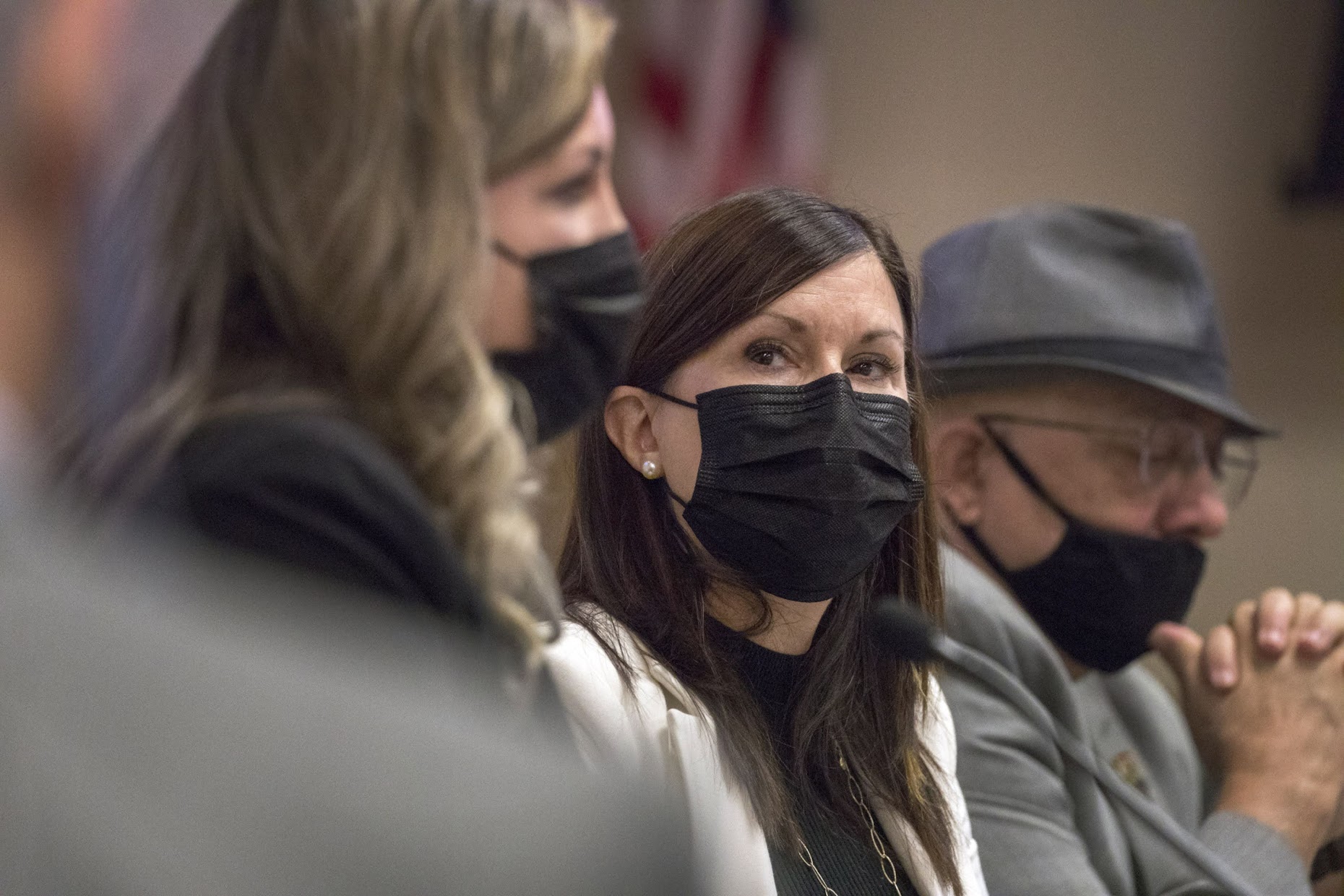 Nevada System of Higher Education (NSHE) Chancellor Melody Rose signaled she would resign her post via separation agreement Monday, a sudden exit that marks an end to months of tension between the chancellor and the Board of Regents and caps her four-year contract after just 19 months.

The announcement — which, if approved, would be effective April 1 — came by way of a public meeting agenda posted late Monday afternoon that includes details of a possible resignation agreement to buyout roughly half of Rose’s remaining contract, or $610,000.

The agreement also includes a non-disparagement clause that would prevent Rose and the regents from making any statements disparaging “the honesty, integrity, ethics, or professional competence and reputation of one another.”

Regents are set to meet in Las Vegas on Friday to consider those terms.

For months, Rose has been in the center of an ongoing dispute with top regents, after she alleged in a wide-reaching hostile work environment complaint last October that Board Chair Cathy McAdoo and Vice Chair Patrick Carter had discriminated against her because of her sex and sought minimize her influence within the system, part of an effort to have her fired.

An investigation into that complaint completed by an outside law firm in February found “insufficient evidence” of gender discrimination. However, the report described increasing factionalism and behind-the-scenes tension between some regents and the chancellor, and that some of the incidents alleged by Rose in her complaint could constitute ethics violations.

The investigative report made no determinative judgments about those ethical issues, however, and it is not clear if the state ethics commission is investigating issues raised in the report.

Still, top business groups and the AFL-CIO — longtime critics of the Board of Regents and backers of the failed Ballot Question 1 — petitioned the ethics board to investigate the matter in a public statement last month.

Rose was appointed by regents in June of 2020 and formally took over the role September, when she replaced outgoing Chancellor Thom Reilly after roughly three years on the job. Taking the post in the middle of the COVID-19 pandemic, and just before the winter surges of that year, Rose’s early tenure was defined in large part by the higher education system’s pandemic response.

In 2021, Rose — alongside institution presidents and the internal NSHE COVID task force — was frequently at the center of efforts to draft or consider mandates for COVID vaccines for students, and later an employee mandate approved by regents.

That student mandate became a pressure point for NSHE last summer, amid an immediate lack of legal clarity over whether or not regents or the system could unilaterally impose a mandate as the Delta -variant loomed.

Jurisdiction ultimately fell to the state Board of Health, which unanimously approved an emergency mandate in August that went into full effect in November, in essence to create a mandate for the upcoming spring semester.

However, amid worsening partisan divides on vaccination mandates, state lawmakers in late December on the Legislative Commission deadlocked on a vote that would have preserved the student mandate, in effect letting the requirement expire.

During her tenure, Rose also worked on creating a higher education mental health task force and spearheaded a still-ongoing process of drafting a new, long-term strategic plan for the system.

In the fallout of her workplace complaint and the investigation that followed, she becomes the latest in a line of high-profile resignations and ousters at the top levels of the higher education system.

That list includes former Chancellor Dan Klaich in 2016, following pressure over allegations he misled legislators during negotiations over funding formula revision in 2011 and 2012; and former UNLV President Len Jessup in 2018, who left Nevada amid rapidly worsening friction between himself, regents and then-chancellor Reilly.

In the case of Klaich, regents paid out the remainder of his contract in an “early retirement” lump sum of $309,000.

Update: 3/28/22 at 5:38 p.m. — This story was updated to include additional details, including on a petition from business groups for an ethics inquiry into regents, and the length of Chancellor Thom Reilly's tenure.