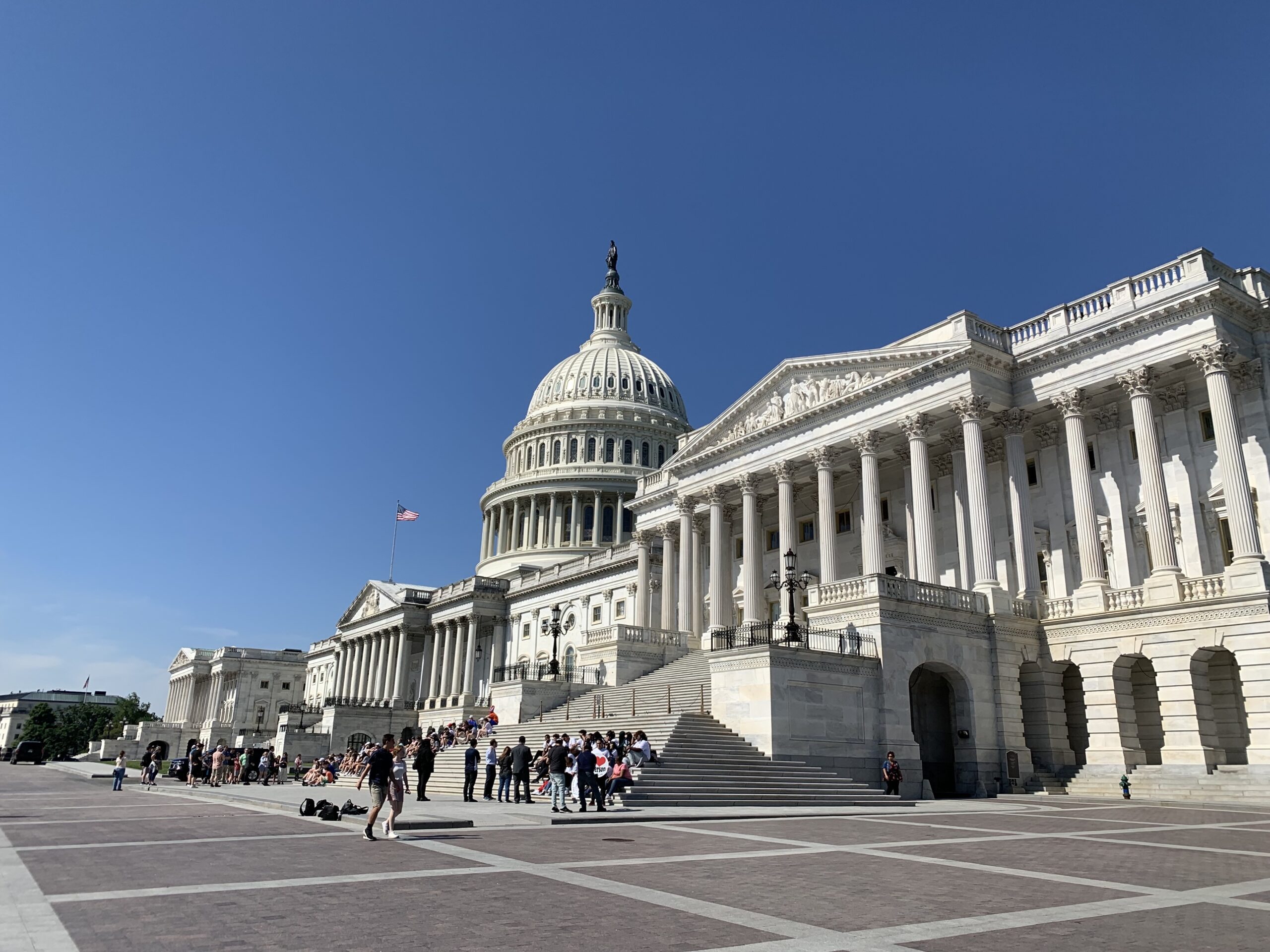 Abortion rights in the Silver State could be in jeopardy, Nevada’s U.S. House and Senate Democrats warned after congressional Republicans unveiled legislation this week to ban abortion after 15 weeks of pregnancy.

“If it passes, this bill will preempt the laws in states across the country where abortion is still legal — including my own state of Nevada,” Cortez Masto said in a speech on the Senate floor on Wednesday.

Abortion in Nevada is legal for up to 24 weeks, despite the Supreme Court’s Dobbs v. Jackson ruling overturning a nearly 50-year constitutional right to the procedure established under Roe v. Wade.

But abortion law in Nevada, which only a referendum can change, would be superseded by the proposed federal ban after 15 weeks.

Democrats hope the issue will fire up their base and incentivize them to get out and vote.

“As one of the most competitive races in the country, Susie Lee’s race will help decide control of Congress and the fate of reproductive rights across the United States,” Lee’s campaign said in a release.

In her speech, Cortez Masto took issue with the primary rationale for the Dobbs decision — that it would return the matter for the states to decide.

“[T]his was never about states’ rights, really, to my right-wing colleagues who want to restrict a woman’s fundamental rights,” Cortez Masto said. “And we know that because now they are pushing for a national abortion ban.”

Asked about how he squares that  argument —leaving the decision to states — with efforts by the GOP to push for a federal abortion limit, Sen. Lindsey Graham (D-SC), who introduced the Senate version of the bill, said he brought forward the bill to show where he and his GOP colleagues stand on the issue.

Graham characterized his bill as more in line with the mainstream, noting that most European countries have similar bans and it is the U.S. that is out of step.

“We welcome the debate,” Graham said, adding that under a GOP-led Congress, the measure would likely get a vote.

But only three Republican senators co-sponsored the bill, and some Republican candidates have sought to soften their position on abortion. In Kansas, the bill has split the two GOP senators, with the one up for re-election in November, Jerry Moran, withholding his support.

April Becker, who is running against Lee, told NBC News recently that, while pro-life, she would not vote for a federal ban because it would be unconstitutional. Lee took issue with Becker’s position, as did national anti-abortion groups.

Sen. Jacky Rosen (D-NV) also issued a statement signaling her opposition to Graham’s bill, which she called a “dangerous nationwide government mandate (that) would take away women’s fundamental freedom to make decisions about their own bodies, and put them and their doctors at risk of being thrown in jail.”

The letter called on Becerra to update the HIPAA privacy rule, via the rulemaking process, to broadly restrict regulated entities from sharing individuals’ reproductive health information without explicit consent, particularly for law enforcement and civil or criminal proceedings focused on abortion care.

The letter noted that some states have sought to prosecute abortion seekers and providers and that there has been confusion about what information providers must share with investigators.

“Stakeholders have told us about providers who have felt uncertain about whether they must turn over personal health information to state and law enforcement officials, including cases where providers believed they had to turn over information when doing so is only permitted — but not required —under the HIPAA Privacy Rule,” the letter states.

The letter also urged HHS to educate providers and patients on the HIPAA privacy rule, including what is required and best practices.

The House on Wednesday approved the Senate versions of three bills introduced by Titus, including legislation that creates a working group at the Federal Emergency Management Agency (FEMA) to review best practices and current federal guidance for sheltering and evacuation of pets and livestock..

“This will ensure first responders and federal disaster response workers can help pet owners plan to keep every member of their family, even the furry and feathered ones, safe during a disaster,” Titus said in a speech on the House floor.

All the bills — approved under suspension of the rules — needed a two-thirds majority to pass and now  go to President Joe Biden for his signature.

Titus introduced the bills in her capacity as chair of the House Transportation Committee’s  Economic Development, Public Buildings, and Emergency Management Subcommittee. The panel has jurisdiction over FEMA and the General Services Administration (GSA), which manages all of the properties owned by the federal government.

Another measure would direct GSA to install the most life-cycle, cost-effective and energy-efficient lighting in public buildings. Titus said replacing compact and linear fluorescent bulbs with LEDs could save taxpayers up to $15.6 million yearly.

The final bill would protect FEMA reservists from losing their full-time employment when assisting communities during disaster responses. FEMA reservists are on-call employees deployed to respond to flooding, severe storms, wildfires, and other natural disasters or national emergencies. FEMA has about 12,000 reservists.

Unlike military reservists, FEMA reservists are not afforded protection under the Uniformed Services Employment and Reemployment Rights Act (USERRA) of 1994, which ensures members of the armed forces have the right to be reemployed at their civilian jobs following a deployment. The bill would extend those protections to the FEMA reservists.

The U.S Department of Transportation awarded the state DOT $88.9 million to build additional lanes for U.S. 395 in Washoe County and improvements to North Virginia Street.

The funds, made available by the Infrastructure Investment and Jobs Act, are part of the Nationally Significant Multimodal Freight & Highway Projects program, also known as INFRA, which doled out $1.5 billion for 26 projects.

Both Cortez Masto and Rosen welcomed the funds.

Cortez Masto announced Friday that the Department of Energy (DOE) had completed its removal of half a metric ton of weapons-grade plutonium from the Nevada National Security Site.

The Nevada Democrat brokered a deal in April 2019 with former President Donald Trump’s energy secretary, Rick Perry, to remove the plutonium after the agency revealed in January 2019 that it secretly shipped the plutonium to the site sometime in 2018.

“When I heard that the Trump Administration secretly shipped weapons-grade plutonium to our state, I acted immediately to ensure it was removed,” Cortez Masto said, adding that all of the plutonium has been removed in accordance with the agreement.

DOE’s decision to temporarily store plutonium in Nevada resulted from the agency’s failure to meet a deadline to complete construction on a South Carolina facility that is meant to repurpose excess plutonium into fuel for nuclear reactors. A federal judge in May ordered that one metric ton of plutonium be removed from the site by 2019.

S.4857 – A bill to amend the Securities Exchange Act of 1934 to require companies to file public reports after meeting certain quantitative thresholds, and for other purposes.

S.4862 – A bill to establish a commission on long-term care.

S.4863 – A bill to amend the Small Business Act to improve the Women's Business Center Program, and for other purposes.

H.R. 8862 – To invest in real pro-life policies that support the American family, and for other purposes.

H.R. 8813 – To direct the United States Government to support extending the mandate of the Independent International Fact-Finding Mission on Venezuela which is set to expire in September 2022.