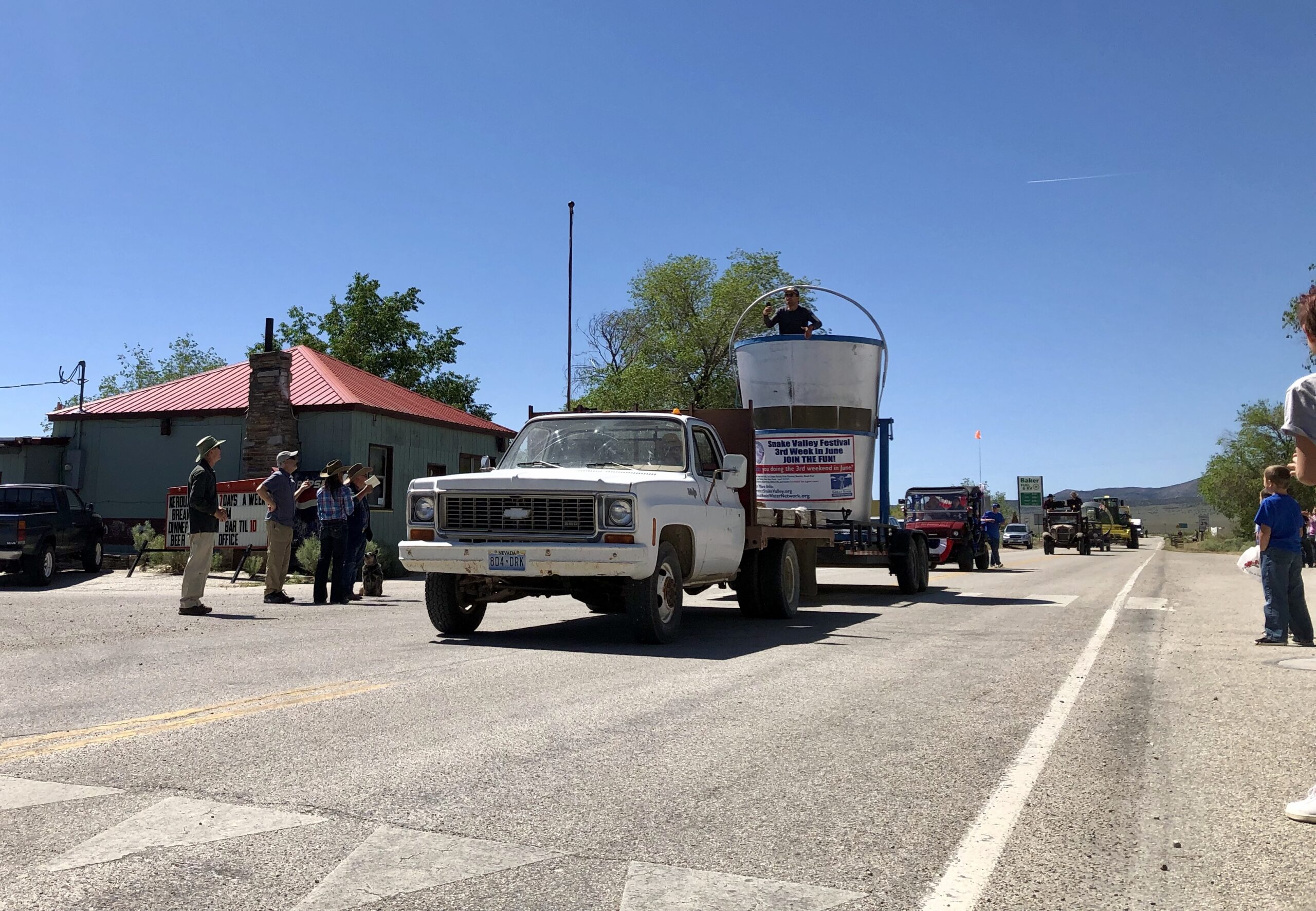 To get this newsletter in your inbox, subscribe here. As always, we want to hear from readers. Let us know what you’re seeing on the ground and how policies are affecting you. Email me with any tips at [email protected].  Message me for my Signal or PGP.

Debating the existential character of any big water project is to debate a straw man. In the West, pipelines always seem to reawaken. So let’s settle on shelved, and shelve those terms with it.

Last Thursday, the Southern Nevada Water Authority confirmed what was suspected when an appeals deadline passed days earlier. It was walking away from water it had fought to secure for about three decades. The agency announced it would not appeal a court ruling denying Las Vegas water rights to siphon groundwater 300 miles from rural Nevada to Las Vegas.

That is a big deal.

It means one of the most controversial projects in the Southwest will not happen in its current form. The plan is going in a drawer. It means a district court ruling, unfavorable for the water authority, stands. The ruling that denied the agency the water it sought for years and years.

The fact is that last week’s news, and the implications of it, mark a resounding victory for those who have fought for three decades to kill a pipeline that would have started near Ely and snaked its way through Lincoln County to Las Vegas. There are too many activists and groups to name.

But in the megadrought West, pipeline stories end up turning into zombie stories.

One day, only with the state engineer’s approval, those applications could become water rights. The water authority still owns ranches near Ely, purchased for the project it is now shelving. The ranches are associated with water rights that could be developed, also with the state’s approval.

Could someone build a reconfigured pipeline out of all that one day?

Perhaps. But the blowback would be immense.

First, the state engineer would have to approve of everything, and that did not turn out so well in court the last time around. Not to mention the political shifts. More environmentally-conscious legislators don’t want to touch it. And it turns out Gov. Steve Sisolak is an opponent of the plan.

Looking back at my notes, an interview I did with Gov. Brian Sandoval back in late 2018 feels relevant again. “I’ve had conversations with the SNWA,” Sandoval told me. “That is something that is 30 to 40 years down the line, if ever. Essentially they are looking for an insurance policy for the people of Clark County…This is decades away, if ever. It’s a remote possibility.”

Underneath all the calculus, there is a layer of interstate Colorado River politics, a changed dynamic with Las Vegas going from arguably the least water secure city in the Colorado River Basin to the most secure, ensuring its supply of water under the most apocalyptic conditions.

Then there are the economics of large faraway projects. They often don’t pencil compared with other options. As an energy lobbyist once told me, the cheapest and cleanest electron is the one that is not used. A similar idea is true with water, which can be conserved and reused.

The water authority now does both things.

Could it come back like other zombie pipelines? Of course. Nothing is ever dead. It might not even be the water authority that brings it — or some version of a Las Vegas pipeline — back.

A big question moving forward is what exactly happens to the millions of gallons that the water authority laid claim to years ago. Who will apply to claim that water now?

Opponents of the pipeline are right not to call it “dead,” maybe not ever. And the water authority should be held accountable for what it does with the other entitlements and water applications associated with the project. There is the federal right-of-way, and there are the ranches, too.

But after all of those litigious decades, the agency seems ready to move on — for now.

Lake Tahoe homeowners sue Nevada: Homeowners facing increased fees for piers and buoys sued the state, according to a complaint filed in a Washoe County court.

The lawsuit moves a longtime fight from the Legislature to a new arena, the courthouse. In August last year, the Legislative Commission approved regulations increasing pier and buoy fees on state lands for the first time in more than two decades. Conservation groups supported the move, and the increased fees would help bolster invasive species and water quality programs at the lake.

The lawsuit challenges the validity of the regulation, arguing that the increased fees subverted the Legislature’s intent that fees be “based upon the fair market value of the use.” State officials declined to comment on ongoing litigation, but the state registrar, charged with administering the fees, argued they were “fair and accurate” before the Legislative Commission last year.

In an email, Kyle Davis, a consultant for the League to Save Lake Tahoe, said that “the increase in fees was reasonable, assessed in comparison to California fees and other fees throughout the state of Nevada for the use of public lands, which belong to all Nevadans.”

Energy efficiency rollback lawsuit: Nevada is one of 13 states that sued the Department of Energy over a final rule, released in January, that could undermine federal energy efficiency standards for appliances, The Hill reports. Environmental groups also sued the department.

Las Vegas air quality: The Las Vegas metro area was ranked in the top ten for worst ozone pollution, according to an annual American Lung Association report of the air pollution in the country’s urban centers. Moreover, the 2020 report showed an increase in days with unhealthy levels of ozone pollution compared to the 2019 report, my colleague Kristyn Leonard reported this week.

Clark County pushed back on the report, noting that ozone pollution in the Las Vegas area had decreased by 12 percent since 2007. Opponents of the Clark County lands bill have urged the county to improve air quality by emphasizing infill development to reduce sprawl.

State officials: “Climate change is a first order public health issue,” they write in an op-ed.

Growth and the Truckee Canal: This is a good primer in the Sierra Nevada Ally on a lot of the intricacies involved in one of the first federal water projects in the West.

One interesting quirk is that Truckee Canal water, while mainly agricultural, has supported a municipal water supply for decades. Because sections of the canal are unlined, water flowing in the canal seeps into the ground. It then becomes part of the aquifer below domestic and municipal wells. That is one of the reasons lining the canal is so controversial. If water cannot seep through, then it reduces the amount of groundwater available. And how does that square with water rights and well rights? It is another way that groundwater and surface water (even after it is diverted) are connected.

Clean water: The Trump administration finalized a rule this week that narrows the number of streams and wetlands protected under the Clean Water Act. The rule follows years of litigation — unlikely to end here — and replaces an Obama-era rule that expanded the Clean Water Act to wetlands and seasonal streams that flow in response to precipitation. In Nevada, ephemeral springs comprise the majority (about 85 percent) of mapped streams used in an EPA analysis (see pg. 220). Although the state uses an expansive definition for the types of water it regulates, Sisolak tweeted in January that the state was “evaluating the full impact of the Administration’s rollback in Clean Water Act protections to determine what actions may be necessary to protect NV waters.”

As E&E News explains, it remains unclear as to when the rule will be enforced, and it could vary across jurisdictions. The rule faces likely lawsuits from environmental groups and Democrat-led states. According to the publication, at least one conservative group is also expected to sue.

A megadrought West: New research published in Science finds that the 2000 to 2018 drought in the West was the second driest 19-year period since the 800s and that climate change played a significant role in creating the arid conditions. Human-attributed climate trends, they wrote in their abstract, pushed “an otherwise moderate drought onto a trajectory comparable to the worst [southwestern North America] megadroughts since 800 CE.” The findings suggest that the West is on course for a severe “megadrought,” typically considered a dry period that lasts at least 20 years. But significantly, the study found that climate change is responsible for making it worse.

The Navy expansion: The Reno Gazette Journal published a feature about fierce opposition from local tribes and tribal members to the Navy’s proposed Fallon Air Station expansion. It is a forceful story with strong quotes that underscore larger issues. One that stuck with me: “It is not just about the Fallon or the Nevada Indians, it is about all natives. We’ve been shuffled, we’ve been disassociated with our original tribes, we’ve been hunted, we’ve been killed, we’ve been colonized. When is it going to stop?” We wrote a story earlier this year, looking at this issue and frustrations about the proposed expansion, which now must get congressional approval.