Indy Environment: What happens when rare plants, at the center of a state regulatory process, are destroyed? 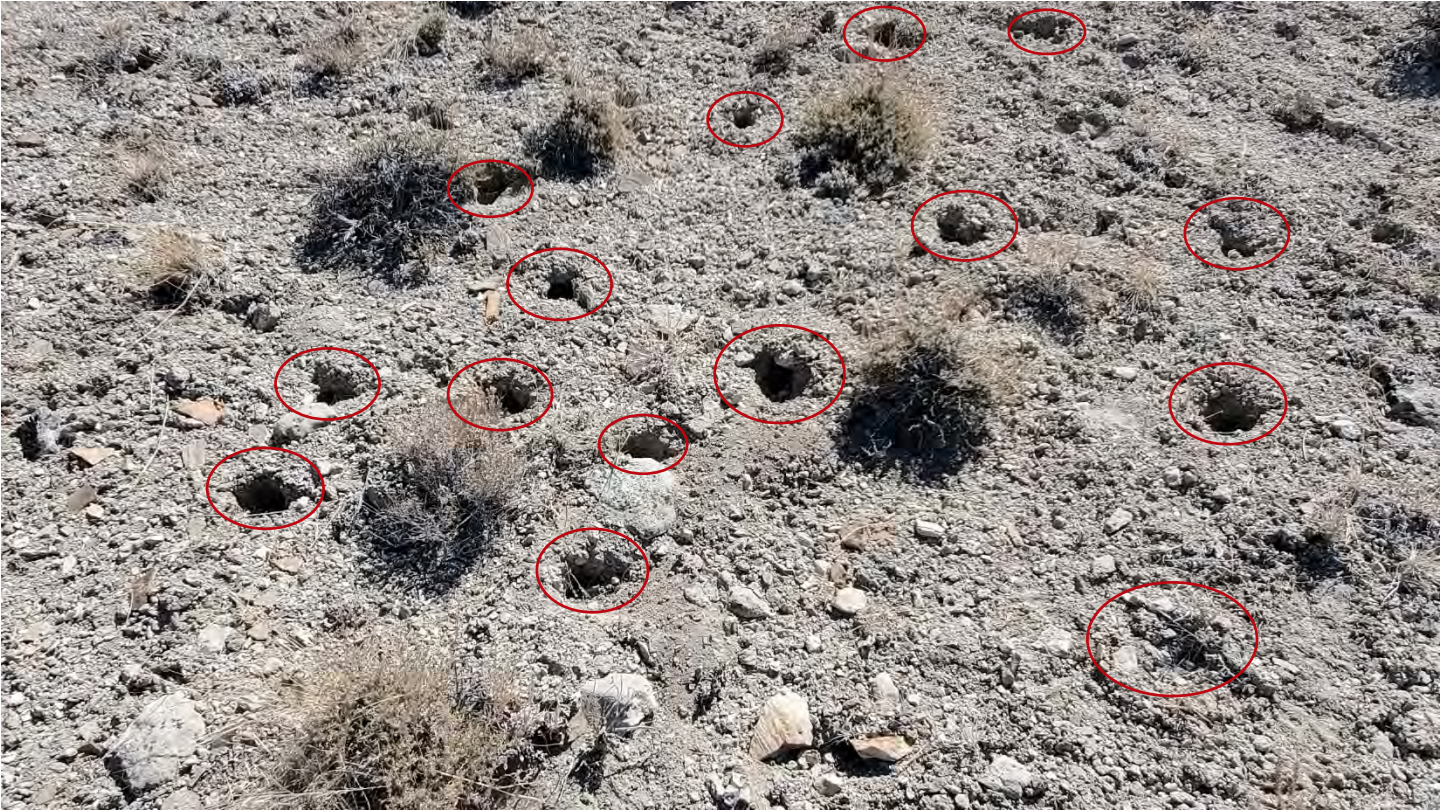 The sight was grim: Thousands of rare plants destroyed.

Over the weekend, conservationists confirmed what state and federal agencies had known for at least a week. What they found was the mass removal of Thiem’s buckwheat, a plant species found only in a small stretch of Nevada. About 40 percent of the surveyed population was gone.

In a statement, Patrick Donnelly, state director for the Center for Biological Diversity, said the damage appeared to be “a premeditated, somewhat organized, large-scale operation aimed at wiping out one of the rarest plants on Earth, one that was already in the pipeline for protection.”

Donnelly and Naomi Fraga, director of conservation at California Botanic Garden, submitted a report to state and federal agencies chronicling the population loss and calling for “immediate, corrective protective and restorative action.” The report notes that plants were broken off from their taproots and that there were new foot trails, suggesting evidence of recent human activity.

Even before the incident, the Center for Biological Diversity had filed petitions asking state and federal agencies to list the plant as threatened. The petitions cited proposed lithium mining.

The report noted that, earlier this year, the mining company’s consulting firm posted a “missing” sign for the buckwheat at a local store. It offered a $5,000 reward to anyone who found a new population of the rare plant, which evolved to survive under only specific geologic conditions.

State regulators had already started a regulatory process to determine whether the rare plant merited protection. Its only known habitat spans fewer than 10 acres, land that overlaps with the proposed mine. Now Donnelly and Fraga are calling on state and federal agencies to immediately confer endangered species protections to the plant and fence off the habitat.

A spokesperson for the Department of Conservation and Natural Resources said there is an investigation and the agency “will assess if more immediate action is required” once it is over.

But the department’s statement Wednesday morning said that “as of yet, we are not aware of any evidence that this damage was caused by direct human activity.” As evidence, the agency noted small rodent burrows and “unidentified mammals scattering” on an access road.

Similarly, an executive for the mining company, Ioneer, said that although the investigation is ongoing, the “initial reports show that the cause of this unfortunate situation is a rodent attack.”

“There is no suggestion nor indication that this attack was perpetrated by humans as falsely stated by Center for Biological Diversity,” James Calaway, director of Ioneer USA Corporation said in a statement, accusing the group of “outlandish claims” and “spreading false information.”

Calaway said the company is “deeply committed to the long-term viability of Tiehm’s buckwheat in its natural habitat” and is assisting regulatory agencies with the investigation of the issue.

The idea that herbivores caused this type of damage is difficult for Ben Grady, a botanist and an assistant professor at Ripon College, to imagine. As the president of the Eriogonum Society (eriogonum is the scientific name for the buckwheat genus), Grady has surveyed numerous populations across California and Nevada. Never has he seen this type of ground disturbance.

Based on the pictures, “it certainly looks like human damage,” he said.

If it is human damage, the motive is unclear. In all the years the species has been surveyed, why is population loss being recorded now? The mining company has invested in studying the plant and collecting seeds in an effort to propagate new populations, a mitigation plan that has been criticized by botanists but still one that promotes growing the population, not reducing it.

“The significance, whether it is human or not, is major on the species as a whole,” Grady said in a phone interview. “If this was human activity, this is deviousness to a level that I haven't seen. I don’t know who would benefit from this. When I found out about it, I felt sick.”

The destruction of the plants, Donnelly said, highlight the need for immediate protection.

“We’ll fight for every single buckwheat,” he said.

The climate change mirror: State officials hosted the first of two listening sessions on climate change this week (the third is this afternoon). I’ll write more on these soon, but a few interesting notes. A) There was a big response. B) The comments showed how climate change is a mirror to our current systems. Many speakers discussed issues that have been debated for years now outside of the context of climate change. Property tax. Energy choice. Solar access. Infill. They all got a mention. To honestly tackle climate change is to tackle a lot of other issues along the way. C) The variety of speakers reflected that. It was a range, from climate activists to energy developers to NV Energy. The Southern Nevada Homebuilders spoke, as did the farm bureau.

Colorado River modeling: Federal water managers released new modeling Tuesday showing a nearly 80 percent chance that low reservoir levels will trigger a shortage declaration on the Colorado River by 2025. Water managers in the Southwest, faced with two decades of drought, have been preparing for this moment, including with the Drought Contingency Plan. That plan offers a very specific set of rules that helps the states plan during a shortage and avoid making the problem worse. But there is a broad recognition that additional planning is necessary.

Wildfire power outages: “With a weather system expected to arrive in the region that will bring gusty winds with it, NV Energy says it will likely cut off power in the Incline Village area of Lake Tahoe on Friday to reduce the risk of wildfire caused by power lines,” Jeff Munson with the Nevada Appeal reports.

Largest utility credit: My colleague Riley Snyder recently reported that NV Energy customers are getting a $53 credit on their October bill, the largest one-time bill credit ever.

Migratory birds are dying in New Mexico: And wildlife biologists have yet to determine the exact cause. There are a number of potential causes that are being investigated, from drought to wildfire. A professor at New Mexico State University called the die-off “unprecedented,” Algernon D’Ammassa for the Las Cruces Sun-News reported.

Stericycle lawsuit: Storey County residents are asking a district court to review the County Commission's decision to approve a special use permit for a medical waste incinerator. The company behind the proposed facility, Stericycle, has faced criticism over its track record on environmental and regulatory compliance. More context in our story about the approval.

Coming up: The Nevada Supreme Court plans to rule today on what role the state should play in protecting water for the “public trust” (environment, recreation, etc…). The decision has the potential to touch water rights across the state. Here’s the background.

What I’m listening to this week: Washington reporter Ashley Ahearn is out with a podcast about the Greater sage grouse. The first two episodes are available, and I’ve listened to both. It is a well-reported, honest and thoughtful look at a unique species that reflects the tension between development and conservation on public land. I highly recommend it.