Indy Gaming: Caesars pulls the plug on its three-year plan to sell a Strip casino 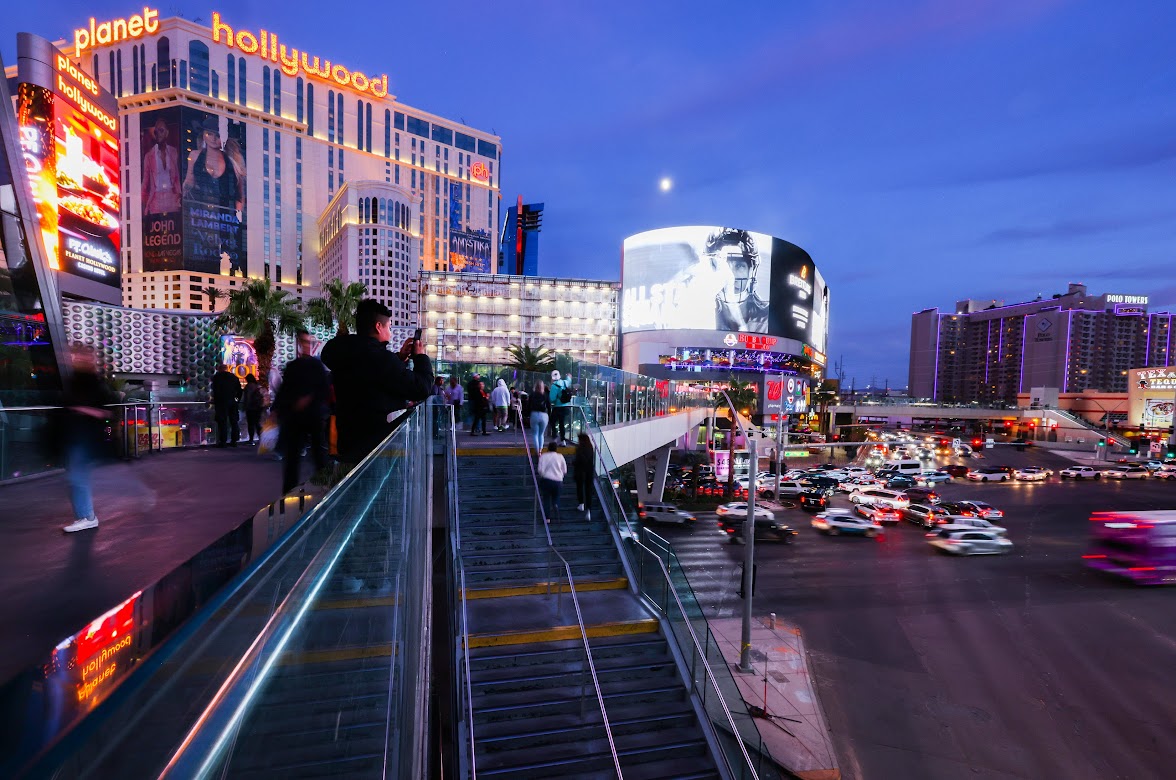 Caesars Entertainment CEO Tom Reeg wanted to sell one of the company’s Strip properties long before he even became the casino operator’s top executive.

When Reno-based Eldorado Resorts announced in June 2019 that it was buying Caesars in a $17.3 billion transaction, Reeg – then Eldorado’s CEO – told analysts that nine resorts on or near the Strip were too many.

“That’s more Strip exposure than we would need to accomplish our goals with our regional database,” Reeg said at the time. “I would expect we would be a seller.”

Three months later, Caesars did Reeg a favor by selling the off-Strip Rio Resort to a New York real estate investment firm for $516.3 million. Caesars leased the property back from the new owner and is operating the hotel-casino through 2023.

Still, Reeg thought Caesars should sell another one of the eight remaining Strip properties. He announced the start of a sales effort a year ago, 16 months after the Eldorado-Caesars merger closed.

Last week, Reeg said the attempt ended without a deal. He apologized to shareholders, saying the speculation created an “unnecessary overhang” on the company’s stock price.

“That was a self-inflicted error and that was on me,” Reeg said on the company’s third-quarter conference call. “We will be keeping our Vegas Strip assets as we move forward.”

Caesars never revealed which hotel-casinos were being shopped, although speculation centered on Planet Hollywood, the Caesars-owned casino farthest south on the Strip. The neighboring Paris Las Vegas is connected to Bally’s (soon-to-be Horseshoe Las Vegas). Across Flamingo Road, Cromwell, Flamingo, Linq and Harrah’s are connected to the Linq Promenade.

Real estate investment trust VICI Properties had the right of first refusal on any sale of a Caesars Strip property, which complicated the process.

“We ran into a market where the cash flow of the asset continued to increase,” Reeg said. “That made it a very easy decision for us to keep (the property).”

Analysts pointed out that investors figured a casino sale was a long shot given the amount of time that had ticked off and the existing capital markets environment.

The only large-scale Strip casino sale currently pending is Hard Rock Entertainment’s $1.1 billion purchase of The Mirage from MGM Resorts International, which was announced a year ago and is expected to close in December after Nevada gaming regulators rule on the transaction.

Stifel Financial gaming analyst Steven Wieczynski said a casino sale “would have been a huge deleveraging catalyst for Caesars,” which is carrying $13.3 billion in long-term debt on its balance sheet.

“We believe Caesars is making the correct call here and is willing to hold their Strip assets until the capital markets cool down and prospective buyers can obtain financing at more appropriate rates,” Wieczynski told investors in a research note.

In the meantime, Caesars expects to spend $800 million redeveloping several of its properties over the next year, including Caesars Atlantic City and Horseshoe Lake Charles in Louisiana, and will be adding a hotel tower to Harrah’s New Orleans and expanding a racetrack casino in Pompano Beach, Florida. The changeover from Bally’s Las Vegas to Horseshoe Las Vegas is expected to be complete before the end of the year.

The company is opening temporary casinos ahead of planned permanent properties in Danville, Virginia, and Columbus, Nebraska.

Houston furniture store owner Jim “Mattress Mack” McIngvale made national headlines this month by collecting his $75 million payout – the largest ever for U.S. legal sportsbooks – on the Houston Astros winning the World Series.

But for the six sports betting operators in three states that took McIngvale’s combined $10 million in wagers, the payouts could be the difference between whether their fourth quarter numbers show a profit when they’re released after the end of the year.

Penn’s Barstool Sportsbook in Louisiana was on the hook for $10.6 million of the payout, the third highest of the six wagers made between May and July.

“I think most of you are aware, we've got a fairly high-profile liability out there with the Astros. So that will be a swing factor in whether the fourth quarter is positive as a whole,” Reeg said.

CBRE gaming analyst John DeCree told investors in a research note Monday the majority of the World Series wagers were on the Astros, meaning the event was a bust for the sports betting industry.

“Even with a widespread hit from the World Series outcome, in the long term, we anticipate the viral sensation of Mattress Mack’s payout to be an effective marketing headline, as well as further evidence of the wide social acceptance of sports betting,” DeCree wrote.

Caesars Sportsbook wrote a $30 million check to McIngvale, which came out of the company’s Louisiana operations.

“What can we say? We just wrote the biggest check in sports betting history to Mattress Mack for $30 million,” Ken Fuchs, head of sports for Caesars, said in a statement. “Would we do it all again? You bet.”

WynnBet paid out $12 million to McIngvale. Other payouts, in addition to Caesars and Barstool, were from BetMGM ($10 million), Unibet ($5 million) and Betfred ($5 million).

The BetMGM wager was the only one placed in Nevada.

“It was the worst single result for BetMGM,” BetMGM’s vice president of trading, Jason Scott, told the Las Vegas Review-Journal’s Todd Dewey in a text message.

DeCree said the World Series “will likely affect every sportsbook’s fourth quarter contribution and margin, even those without Mack’s wagers.”

Colorado-based Century Casinos did not lay out a timeline for completing its $195 million acquisition of the Nugget Casino Resort in Sparks, but the company’s co-CEO said the Northern Nevada resort won’t need a massive overhaul.

“With the Nugget, we are purchasing an existing operation with a long operating history,” Hoetzinger said of the 1,382-room resort that is currently operated by Marnell Gaming. “We do not expect any extraordinary replacement (capital expenditures) for the first year.”

One of the goals is integrating the Nugget, Marnell Gaming’s single casino, into Century’s company-wide systems.

The Nugget is one of Northern Nevada’s largest hotel-casinos with 110,000 square feet of meeting space, nine restaurants, a 700-seat showroom and other amenities.

Once the deal is finalized, the Nugget will become Century’s flagship resort. The company operates two casinos in both Colorado and Missouri and one casino in West Virginia. Century is also in the process of acquiring the operations of the Rocky Gap Casino Resort in western Maryland from Las Vegas-based Golden Entertainment as part of a $260 million deal with real estate investment trust VICI Properties.

Century also operates four casinos in Canada and is attempting to sell its casinos in Poland. Hoetzinger said the Nugget and Rocky Gap deals allow the company to focus on North America with a portfolio “that reaches from east to west.”

In an interview in August, Century Executive Vice President Andreas Terler, who oversees the company’s U.S operations, said the company is focused on finalizing the Nugget acquisition.

“If you’re a gaming company, wouldn’t you want to be in Nevada?” Terler said. “It’s basically been a dream for us and we’ve been looking for the right opportunity.”

Stifel Financial gaming analyst Jeffrey Stantial told investors in a research note that Century may not be finished acquiring available “small-to-mid-size” casinos in the U.S.

Century had operating revenue of $112.6 million in the quarter that ended Sept. 30, a decline of 4 percent from a year ago, with cash flow of $20 million, a 22 percent drop.

The company is in the process of moving the gaming operations at its property in Caruthersville, Missouri, from a riverboat to a land-based facility. The location was also affected by low water levels along the Mississippi River, requiring the casino to be downsized and moved to a temporary location while the permanent site is constructed.

Century added a hotel to the Caruthersville casino and is also building a hotel at its second Missouri casino in Cape Girardeau.

JMP Securities gaming analyst Jordan Bender expects 2023 to be “another busy year” for Century, telling investors in a research note he also expects the company will continue to expand.

“Given the timeline of closing a transaction in gaming, the company could look to acquire another asset in mid-2023 and close in early 2024,” Bender said.

Penn National CEO Jay Snowden said a $206 million expansion of the M Resort in Henderson, first announced in October, will begin late next year. Penn will add a 378-room hotel tower and other amenities, marking the property’s first major renovation since its 2009 opening. When complete, M Resort will have 774 rooms and suites, making it the largest hotel-casino in Henderson.

“M Resort needed more rooms for years. That part of the Las Vegas Valley is growing like crazy. When you fly in, you just see all the rooftops continuing to go up surrounding the property.”

Golden Entertainment operates casinos in Las Vegas, Laughlin and Pahrump, and a slot machine route operation that services taverns and other locations throughout Nevada. Management was asked about any signs from the gaming customer as to the future of the state’s broader economy.

“My experience has been that these things kind of take on the personality of what's going on in the macro environment. The wealth effect is more of an effect on our consumers. Do they still have equity in their homes? Do they still have spendable income in their pocket after inflation? In my career, I'm (always) amazed at the resiliency of the gaming consumer, particularly in the local market.”

California Indian tribes and national sports betting operators have spent more than $400 million on two competing ballot questions to legalize sports betting in the state. Both the tribal casino-backed Proposition 26 and mobile-only Proposition 27 are seemingly headed toward defeat. Even with the expected loss of their initiative, tribal leaders are claiming victory.

“(The sports betting operators) were warned. It’s one of those things in gaming where it’s like, you know: Don’t stare into the sun, you look both ways before crossing the street, and you don’t f--- with the California tribes.”

Palms Casino Resort reopened Vetri Cucina on the off-Strip property’s 56th floor – the same location the Philadelphia-based Italian restaurant had when it opened in 2018. The restaurant, which features an intimate setting of 75 seats, has been closed since March 2020. The Palms, now under the ownership of the San Manuel Indian Tribe, reopened in May.

Vetri Cucina offers an à la carte menu with a unique taste of Italy, inspired by classic recipes and the culinary team’s extensive research and travels.

“We are in the hospitality business and we love creating memories for our guests and simply celebrating life. I’m extremely happy to open our doors once again and welcome friends and family back.”

New York is expected to award three gaming licenses for commercial casinos in the New York City area. MGM Resorts International, which operates Empire Casino in Yonkers, roughly 15 miles north of Manhattan, is expected to receive one of the licenses. The casino, which houses slot machine-like video lottery terminals, is part of Yonkers Raceway,

“We're hoping for 2023 in terms of being awarded a license. If you factor in the licensing fee and the initial expansion, we're looking at about a $2 billion to $2.2 billion investment.”