Century Casinos executive: ‘If you’re a gaming company, wouldn’t you want to be in Nevada?’ 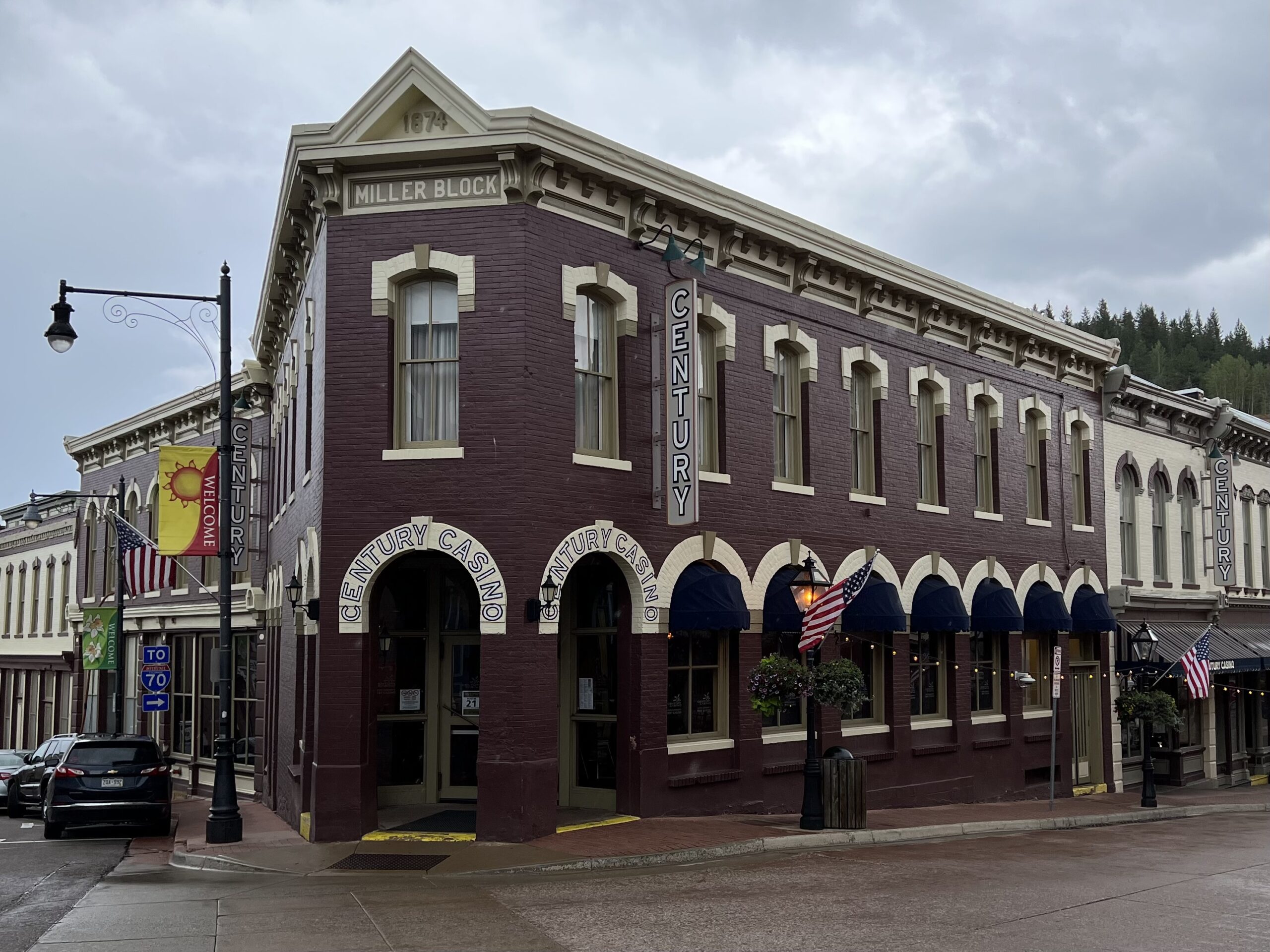 The regional casino operator, which began in Europe, doesn’t have what gaming observers consider a flagship resort. Its two casinos in the historic Colorado mining communities of Central City and Cripple Creek are repurposed storefront-style buildings with a combined 52 hotel rooms that are primarily set aside for casino players.

“Colorado was effectively Century’s beachhead to begin expanding in the U.S,” Stifel Financial gaming analyst Jeffrey Stantial said. “At the time, Colorado was the only state that was willing to license a brand-new international entrant.”

Century’s casinos in West Virginia and Missouri are one-to-two-hour drives from metropolitan communities and the locations are not considered major tourist destinations.

The company, which went public in 1994 and opened a corporate office in Colorado Springs, has historically focused its growth internationally, including a collection of gaming operations in Alberta, Canada and Poland.

The interest changed in 2019 when Century spent $107 million to acquire the operations of two Missouri properties and the West Virginia racetrack casino.

Northern Nevada provides Century an opportunity to prove its operational expertise in a destination market.

The Nugget has 1,382 hotel rooms, more than triple the combined hotel rooms Century has in its U.S. portfolio. Gaming analysts believe the Nugget will account for an estimated 20 percent of Century’s total annual cash flow once the sale closes in early 2023.

“We have never operated a casino which has so much non-gaming revenue,” said Century Executive Vice President Andreas Terler, who oversees the company’s U.S operations. “The property has a wonderful team and the Northern Nevada market has a lot of potential.”

Terler, who lives in Vienna, Austria but is a frequent traveler to the U.S., said Nevada was a target for Century since the company moved into Colorado.

“If you’re a gaming company, wouldn’t you want to be in Nevada?” he said. “It’s basically been a dream for us and we’ve been looking for the right opportunity.”

The Nugget was developed by Northern Nevada gaming pioneer John Ascuaga, who died in June 2021 at age 96. Las Vegas-based Marnell Gaming acquired the property in 2016 for an undisclosed price.

“I have a lot of respect for John Ascuaga,” Terler said. “We are not very different from private owners. We love the properties and we spend time trying to improve them. Anthony and his team have done a great job with the property.”

He said Century has historically kept a property’s management team on board following an acquisition and the same approach is planned for the Nugget.

In the deal with Marnell Gaming, Century is paying $100 million for the operations of the Nugget and $95 million for 50 percent ownership of the real estate. Century has a five-year option to purchase the remaining 50 percent of the site, located just off of Interstate 80 and roughly three miles from Reno-Tahoe International Airport.

Expanding in the U.S.

Transitioning to a casino company focused on U.S. operations took longer than expected.

Larger operators are now focused on paying down debt on their balance sheets and launching digital-focused gaming activities, such as sports betting and online casinos.

“It’s opened up an opportunity for Century to grow in the U.S. as evidenced by the Nugget deal,” Stantial said.

JMP Securities gaming analyst Jordan Bender said Century’s 2019 deal to buy the operations of the Mountaineer Casino and Racetrack in West Virginia and two Missouri riverboat casinos in Cape Girardeau and Caruthersville as part of a $385 million overall transaction with the then-Eldorado Resorts was the turning point in the company’s direction.

The deal happened because Eldorado needed to unwind a potential antitrust issue in Missouri that could have affected the company’s $17.3 billion merger with Caesars Entertainment.

Real estate investment trust VICI Properties acquired the land and buildings for the three locations from Eldorado, and leased the casinos back to Century to operate.

Century and VICI teamed up again on Aug. 25 to acquire the Rocky Gap Casino Resort in Maryland from Las Vegas-based Golden Entertainment for a combined $260 million. Century is kicking in $56.1 million for the operations, while VICI will pay $203.9 million for the land and buildings. Century will pay VICI $15.5 million annually through a lease agreement to manage Rocky Gap, increasing its total annual rent payments to the REIT to $41 million.

“VICI has been a very good partner for us,” Terler said prior to the Maryland casino transaction.

Terler said Mountaineer, which has nearly 1,500 slot machines, is the Century’s top gaming revenue producer. Cape Girardeau, which is located 120 miles south of St. Louis, provides Century with its single-largest annual cash flow total. The Cape Girardeau and Caruthersville properties are undergoing expansions that have been slowed due to supply chain disruptions.

“(The Missouri and West Virginia casinos) were very successful acquisitions and the company wanted to keep growing [its] footprint in the U.S.,” Bender said.

Terler suggested the Nugget will be the company’s new flagship hotel-casino.

“We’ve learned much in Colorado. We learned about operating in all our markets,” he said. “We have certain types of customers who appreciate smaller casinos. Sparks is a market that has tremendous potential.”

Under Marnell Gaming, the Nugget received upgrades to its management systems, hotel room renovations and construction of an 8,500-seat outdoor events center adjacent to the resort.

Bender said Marnell invested $90 million into the upgrades and the property is in good shape.

“There really will not be much investment needed from Century once they take full ownership,” Bender said. “Reno is more non-gaming focused and pulls a lot of destination customers from California for concerts, events and conventions.”

When the transaction was announced, Century cited Northern Nevada’s economic resurgence that saw several technology and manufacturing companies, including Google, Tesla, Switch, Amazon and Apple, move into the area.

Bender said Reno’s population growth of 15 percent between 2010 and 2020 exceeded the national average of 7.4 percent, and an increase in technology and manufacturing jobs has led to wage growth and home prices outpacing the U.S. average.

“That’s a positive tailwind for the market and the wallet size at the casino,” Bender said. “Additionally, wage growth for Reno feeder markets have all outpaced the U.S. average in the last five years and bodes well for spend at the casino as the market fully recovers.”

Terler said Century is still looking for other Nevada opportunities, although Las Vegas is not on the company’s radar even with Caesars looking to sell one of its Strip resorts.

“We’re conservative and cautious. We want to demonstrate that we can deliver,” Terler said. “Las Vegas is a different category. Let’s say that's a long-term goal.”

When the Nugget and Rocky Gap deals close next year, Century will operate 11 casinos that have 7,140 slot machines and 158 table games.

B Riley Securities gaming analyst David Bain noted the pending transactions will transform the Century into “a nearly North American pure-play” business, with 94 percent of all cash flow coming from its U.S. and Canadian casinos. In 2019, that figure was 78 percent.

Century has attempted to sell its casinos in Poland, but the country borders Ukraine and the conflict with Russia has slowed that process.

Century opened its first Century-branded Colorado casino in 2006 in Central City, located 45 minutes west of Denver. The company was involved with another casino operator in Cripple Creek, located an hour west of Colorado Springs, before expanding to an adjacent casino and adding the Century name to the property.

“As it sits today, Colorado is about 10 percent of the company’s earnings,” Bender said.

Terler said Century is satisfied with its operation in both markets. The small Central City casino has faced competition from large expansion projects in nearby Black Hawk, including a 536-room hotel tower at Ameristar Black Hawk, which opened in 2009, and a $442 million expansion at Monarch Black Hawk which included a 516-room hotel tower.

“We have a good base of repeating customers in Black Hawk, but these casinos are probably small for us now,” he said.