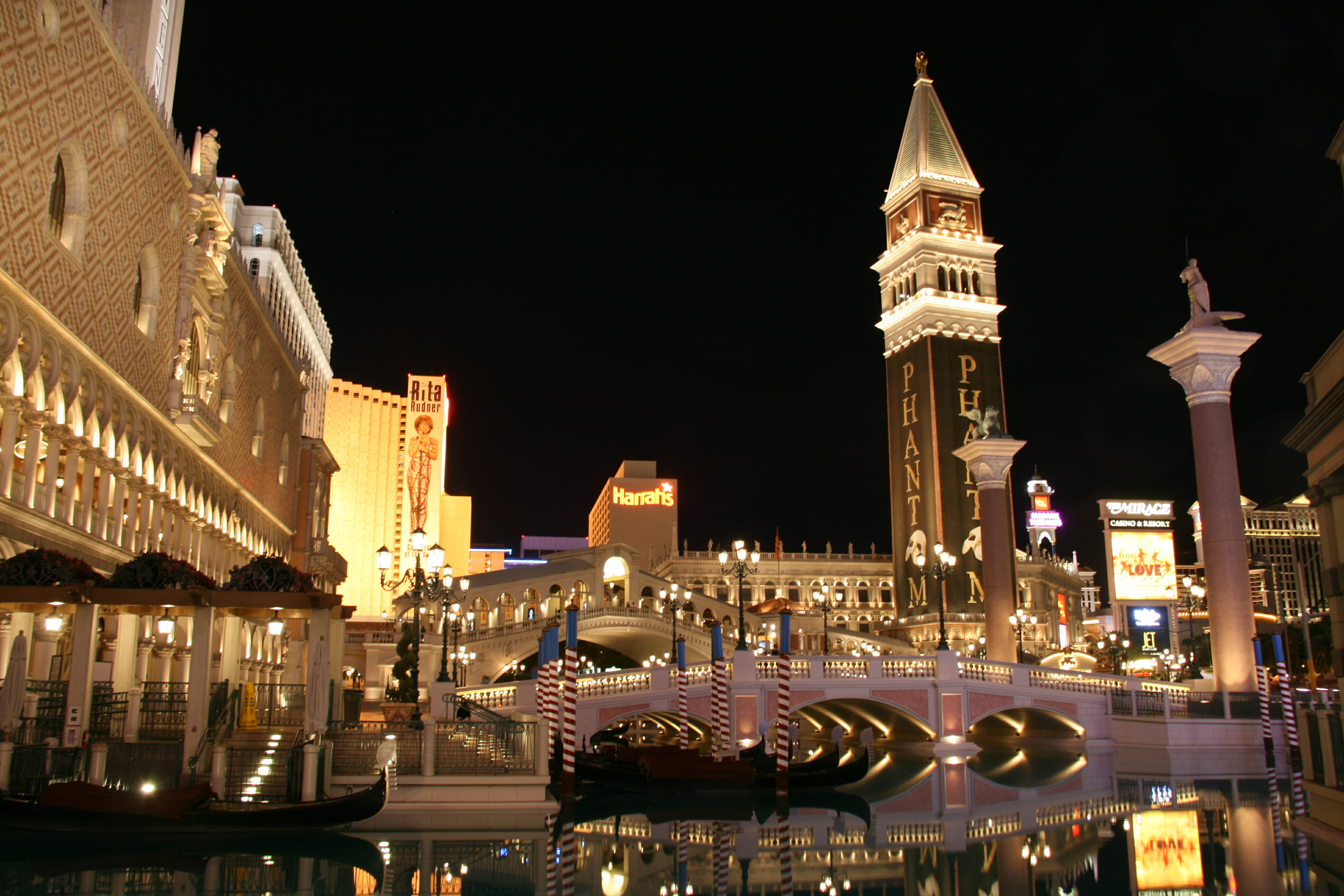 If a colleague or associate emailed this newsletter to you, please click here to sign up and receive your own copy of Indy Gaming in your inbox.

Las Vegas Sands is on its way to becoming just Sands.

The pending $6.25 billion sale of the Venetian, Palazzo, Sphere entertainment project and Sands Expo and Convention Center, announced in March, is expected to close later this year or in early 2022.

The transaction ends the company’s presence on the Strip that began in 1989 when the late Sheldon Adelson acquired the Rat Pack-era Sands Hotel for $110 million.

The deal doesn’t end the company’s interest in the U.S. gaming market, but the prospects are minimal.

Chairman and CEO Rob Goldstein said last week that the push for a New York City integrated resort opportunity was “shut down” because certain key issues weren’t resolved. In Texas, lawmakers once again rejected a Sands-backed casino gaming proposal during the recent legislative session. The issue can’t be raised there again until 2023.

But Florida is offering new possibilities. According to the Tampa Bay Times, Sands is spending $17 million to fund a 2022 ballot referendum that could bring the state three non-tribal gaming run casinos.

“In the U.S., that’s all at this point we’re looking at,” Goldstein said.

That lack of a U.S. presence concerns Stifel Financial gaming analyst Steven Wieczynski, especially if Sands is serious about online gaming and sports betting. The company said earlier this month it had put a team together to explore a business-to-business entry into the digital gaming world.

Sands, Wieczynski said, has a strong balance sheet with $6 billion in cash and another $6.25 billion coming from the Las Vegas transaction. He expects the company to return to paying shareholder dividends. However, he said, clarity is needed about the company’s core operating markets in Macau and Singapore.

Wieczynski said the digital world might not be the best investment for Sands.

“What we don’t want to see Las Vegas Sands do is chase this sports betting/iGaming euphoria, which is going on right now,” Wieczynski told investors. “Given their lack of a domestic presence, we believe they would just be overpaying for an opportunity which would probably not be overly relevant to their cashflow base at the end of the day.”

Goldstein isn’t deterred about the company’s late start in the online gaming business sector, though.

“It’s pretty slow to get there. But I think three years to five years from now you’ll see a real positive outcome,” he said.

The primary attention for Sands will be – and currently is – focused on resorts in Macau and Singapore. Goldstein said as much on the company’s second-quarter conference call.

Despite somewhat choppy news – pandemic-related travel restrictions continued to slow the recovery in Macau and the discovery of a COVID-19 cluster in Singapore forced a two-week shutdown of the Marina Bay Sands’ casino area – Goldstein and Sands President Patrick Dumont remain bullish on the two destinations.

Sands made zero changes to its plans to expand and renovate two key properties.

In Macau, the company is spending $1.35 billion to transform Sand Cotai Central into The Londoner, which is expected to be completed by the end of the year. A $3.3 billion expansion of Marina Bay Sands, which includes a 1,000-room all-suite hotel, a sports and entertainment arena and additional convention space won’t be completed until 2025.

“We remain very committed to Singapore to withstand our presence and footprint,” Goldstein said. “Obviously, COVID has thrown a monkey wrench, a big monkey wrench, into this whole thing.”

On the call, Goldstein cut off any talk about using the proceeds from the sale of the Las Vegas properties to fund a renewed effort in Japan. Sands departed from the bidding process in May 2020 after once vowing to spend $10 billion to $12 billion on a casino resort in Tokyo or Yokohama.

“We tried very hard. We left with a feeling that there was just too much uncertainty for us,” Goldstein said. “We can always revisit something based on a change in circumstance, but at this point, we remain on the sidelines.”

Caesars Entertainment is spending $325 million over the next few years to transform Harrah’s New Orleans into Caesars New Orleans. The plan is to give the resort near the French Quarter a second hotel tower, a redesigned interior and exterior, and new amenities.

Caesars is also looking to launch sports betting in Louisiana in time for the kickoff of the NFL and college football seasons.

So why not seek to attach the company’s name to the state's largest sports venue?

The Las Vegas-based casino company and the NFL’s New Orleans Saints formally announced a 20-year agreement on Monday that will brand the downtown stadium as Caesars Superdome.

The New Orleans Times-Picayune reported the naming rights deal was worth $138 million, a price tag that is in line with other stadiums in midsize cities. But the figure, the newspaper said, was far less than stadium naming rights in major markets such as Los Angeles and Houston.

The naming rights for Allegiant Stadium, home to the Las Vegas Raiders, were secured for between $20 million and $25 million a year by the Las Vegas-based parent of Allegiant Air, the Las Vegas Review-Journal reported in 2019. Neither the Raiders nor the airline has disclosed the financial terms nor the time frame. At 20 years, $20 million per year would be $400 million.

The Superdome, which has been the home of Saints football since 1975, is expected to host Super Bowl LIX in 2025. The stadium has hosted seven Super Bowls, a record for any U.S. venue. In 2022, the Superdome will host the 2022 NCAA Men’s Final Four, the annual Sugar Bowl and College Football Playoff contests.

Caesars CEO Tom Reeg said the company wants to expand its presence across the state.

“We’ve had a strong relationship with the New Orleans Saints for nearly two decades and we are thrilled with the opportunity to strengthen it and celebrate our commitment to the city, the state, and the entire Gulf Coast region,” Reeg said in a statement. “We understand that the Caesars Superdome is more than an iconic venue, it’s the symbol of a resilient and innovative community.”

Caesars Superdome, a partnership between the Saints, the State of Louisiana and the Superdome Commission, is undergoing a $450 million renovation that includes the addition of field level suites behind the end zone.

Second-quarter earnings season gets underway this week with five casino operators and gaming-centric real estate investment trusts. Truist Securities gaming analyst Barry Jonas said the most interesting news could come out of MGM Growth Properties, the gaming REIT that is 42 percent owned by MGM Resorts International. The REIT lost out on the acquisition of CityCenter to Blackstone earlier this month, but that could actually be a positive for the company, Jonas said. “MGM Growth management will now have to do third party deals outside of its single tenant of MGM to grow.” However, Jonas also noted MGM Resort’s interest in selling down its stake in the REIT “would potentially negatively impact valuation” if there is a secondary sale on the open market.

Chicago Mayor Lori Lightfoot said in April she hoped companies that ultimately bid on a potential $1 billion casino-resort in the nation’s third-largest metropolitan area will have Las Vegas on their return address. According to the Wall Street Journal, that isn’t likely to be the case. Shortly after Chicago announced its request for proposal, MGM Resorts International said it would pass on bidding on the project. Same with Wynn Resorts. Chicago-based Rush Street Gaming is still working to “evaluate” the opportunity, while the Seminole Indian Tribe-owned Hard Rock International isn’t commenting. “The challenge with Chicago is the sun and the moon and the stars really have to align to make it work,” Global Market Advisors Partner Brendan Bussmann told the newspaper.