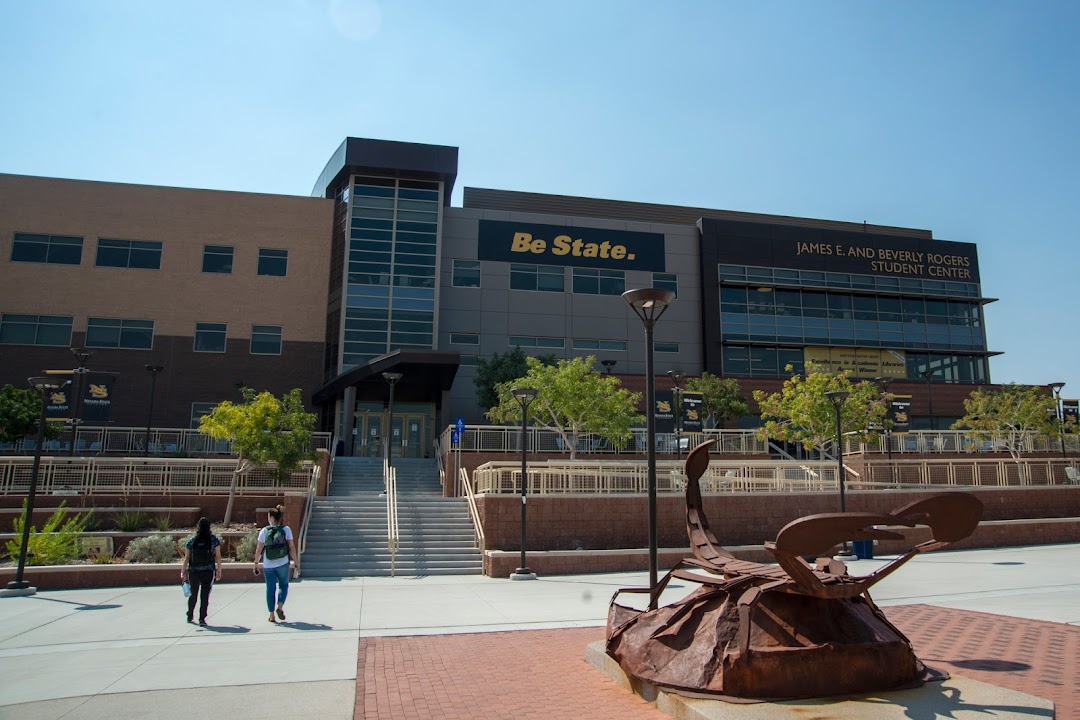 Rents are rising and inflation is pushing other costs higher. All the while, Nevada’s colleges and universities have been navigating deep pandemic-era funding cuts that — despite copious federal aid — still loom ahead of next year’s legislative session.

Those issues have continued to churn in the background, as the Nevada System of Higher Education has been roiled by internal disputes and political efforts continue to completely reshape the governing structures of higher education through the ballot box.

Amid that backdrop: What could the future hold for higher education in Nevada?

The presidents of Southern Nevada’s three institutions — that combine to represent more than two-thirds of all college students in the state — convened Friday at Nevada State College for a first-of-its-kind roundtable on “the future of higher education.”

Those leaders include UNLV President Keith Whitfield, College of Southern Nevada President Federico Zaragoza and Nevada State College President DeRionne Pollard, who all sat down with The Nevada Independent after the event for an exclusive discussion about the new contours of the higher education landscape — from uncertain budgets to the potential risk of regionalism between north and south.

Editor’s note: This interview has been edited for length.

The Nevada Independent: I want to start with the budget. Obviously, that’s a big concern right now with a new fiscal year and the Legislature coming up [in 2023]. So, the economy being what it is, how confident are you right now about what the budget is going to look like going into the next biennium?

Zaragoza: The assumption that we've been kind of working on moving forward is that, again, we have a baseline budget provided by the governor. And that's the starting point. And then I think that the economy is going to dictate whether we're gonna go up or down again.

Remember last time we had the projected [budget] number and then we had a 12 percent reduction within 90 days. So it's very uncertain. I mean, we're in that same cycle right now. And I'm holding my breath, I don’t know about the rest of you all.

Pollard: I think your point is a good one, I have no certainty about anything that’s taking place as someone who’s a new player here [Pollard is the most recently appointed president of the group, having taken her post in mid-2021] … But there are dollars that are there now, that are coming in through the federal government.

I think there's an opportunity to help ensure that the colleges have some level of support and protection to the extent we can on those projects that we know we have sitting there, that we could benefit and be of service to what those [federal] dollars were intended to do.

Whitfield: I would categorize [my view] as hopeful, hopeful that we can at least get back the full 12 percent that we lost. It’s for hiring, it’s for programs, it’s for so much — to really get to a sense of normalcy. If you think about it, that’s still two years old. I mean, that 12 percent that we’d get back to is still one that we can see inflation eating away at, and eats away at our ability to be able to do things.

So I'm just very, very hopeful that you know, when you see how well our city [Las Vegas] has been doing, that some of those dollars can then be put back into the budget.

Just because we were able to function with the cut doesn't mean that we were functioning well. It's just that I think we all were very very judicious with it.

TNI: One issue that’s come up [in budget discussions] is a concern that legislators would look at new funding levels, or funding levels that include federal aid, and say ‘institutions are doing fine’ — how concerned are you that lawmakers could keep the cuts in place?

Pollard: I think our job is to help them understand that, so that they aren't seeing the kind of distorted image of what we are right now.

The reality is that those were short-term monies, and they end. So whatever gaps we were able to fill, which is what the intent was there, [with federal aid] to fill gaps, those gaps will still exist when those resources are gone.

We've kind of been just kind of sitting here, hopefully trying to tread water. At some point, you need us to start being Olympic swimmers. And we can't be Olympic swimmers when we're pulling a lot of dead weight, which is going to happen here fairly soon.

Zaragoza: It’s unclear now whether the Legislature is going to be open to the same types of investments. So how do we grow our nursing programs? How do we create these new programs for manufacturing?

Staying the baseline is not responsive to the environment where we need to grow programs, in line with a diversified economy. The budget has to [go back to] baseline, but in addition to that, they’re asking us to do new things, and that’s unfunded at this point.

Their concerns are that they need adequate resources to do the work that they’ve been asked to do, and they want salaries and compensation that is reflective of the environment and economies that we’re in right now, that also recognizes that they’re trying to build roots here as well.

They want to buy homes … I actually had a colleague talk to me about selling plasma because they’re worried about gas money. We’re not just talking about them as these otherized ideas, these are people’s livelihoods, and they’re making the decision to leave the state and go to different places because they think that they can get better compensation or know they’re getting better compensation than we are here.

TNI: And speaking of faculty, some I’ve spoken to have explicitly cited the cost of living as the impetus for their leaving NSHE. Is the disparity between the rapid increase in the cost of living, from housing to energy, coupled to limited opportunities for raises and cuts to benefits created not just an impetus for faculty to leave, but a barrier to bringing new faculty in?

Pollard: It’s the number one issue.

Whitfield: If you're not competitive, you're either not going to keep them there, or [for nursing faculty, for instance] they're looking at saying, “Well, why should I do that? I can make more money being an ICU nurse than I can ever make being a professor.”

Pollard: The pendulum swings. I can remember a time when I might have been able to get two nursing faculty at one time instead of one. You remember those days, you know, 20 years ago, give or take.

But the reality is that right now, you're talking about a high-demand industry where you simply can't compete with the private sector in acquiring and retaining.

TNI: Switching gears, I wanted to ask about dual enrollment, specifically about the recent emergence of dual enrollment programs from UNR in Southern Nevada [allowing high school students to earn credit at UNR during high school]. Those programs are traditionally the purview, in Las Vegas, of CSN and NSC, so does that contribute to some new regional competitiveness between north and south?

Pollard: I think it speaks to a couple of things. One of these think tanks put out a report not too long ago, they talked about the need to understand [in Nevada], from a governance perspective and mission, who does what.

In my mind, I think that’s at the root. I’m always a “why” person, so why would UNR be interested in doing dual-credit here? Is there something that we’re not doing to meet the needs of the system? Is the perspective that [the Clark County School District] needs us to deliver something different than we have been? Or is there a capacity issue?

Once I understand that, then I’m able to give you a much more thoughtful answer. But those are the questions.

Zaragoza: I come at it from a different perspective. If I could meet 100 percent of the need CCSD has [for dual enrollment], I would be really concerned. I come from a state and a city [San Antonio, Texas] that was smaller than Las Vegas. When I left, we had 15,000 students in dual enrollment. We’re struggling, maybe, to be 6,000 in Las Vegas.

There’s a lot of students that aren’t getting into the pipeline. I think what’s important is that what we do has to be collective. There’s got to be “the why.”

Whitfield: I look at it from even another perspective, which is that I believe that some of our colleagues from the North may be [trying] to increase enrollment. And that is a good reason to do dual enrollment. I think that that makes perfect sense.

But I think … we have a bigger problem. We don't have as much of a problem, statewide, in terms of how many kids actually have credits before they start college. We have a problem with how many kids are going to college.

That's the reason why I chirp off all the time and say things like, “Stop putting all of your mind energy into dual enrollment.”

It's a great thing to do. But it doesn't even take that much to do. And it's solving a much smaller problem, which is to it, let's be honest, one of the things that dual enrollment helps to [fix] is affordability. And that's a great goal to have.

But I've got this number in mind that we only have like 16 percent of our kids being college ready. And we need to double, triple that. That’s a bigger thing, and you will see here, [CCSD Superintendent Jesus Jara] shake his head because he wants to see even more of his kids have the opportunity to be able to go and pursue higher education.

There is more than that. And the other piece — it’s about the community. Because it’s even about the expectation. About why only 16 percent of our kids go in [college ready], and our community should be in absolute uproar over that. And there's reasons why, and we need to figure out those reasons why.