Indy Q&A: Attorney Kathia Pereira on how the pandemic has changed immigration policy 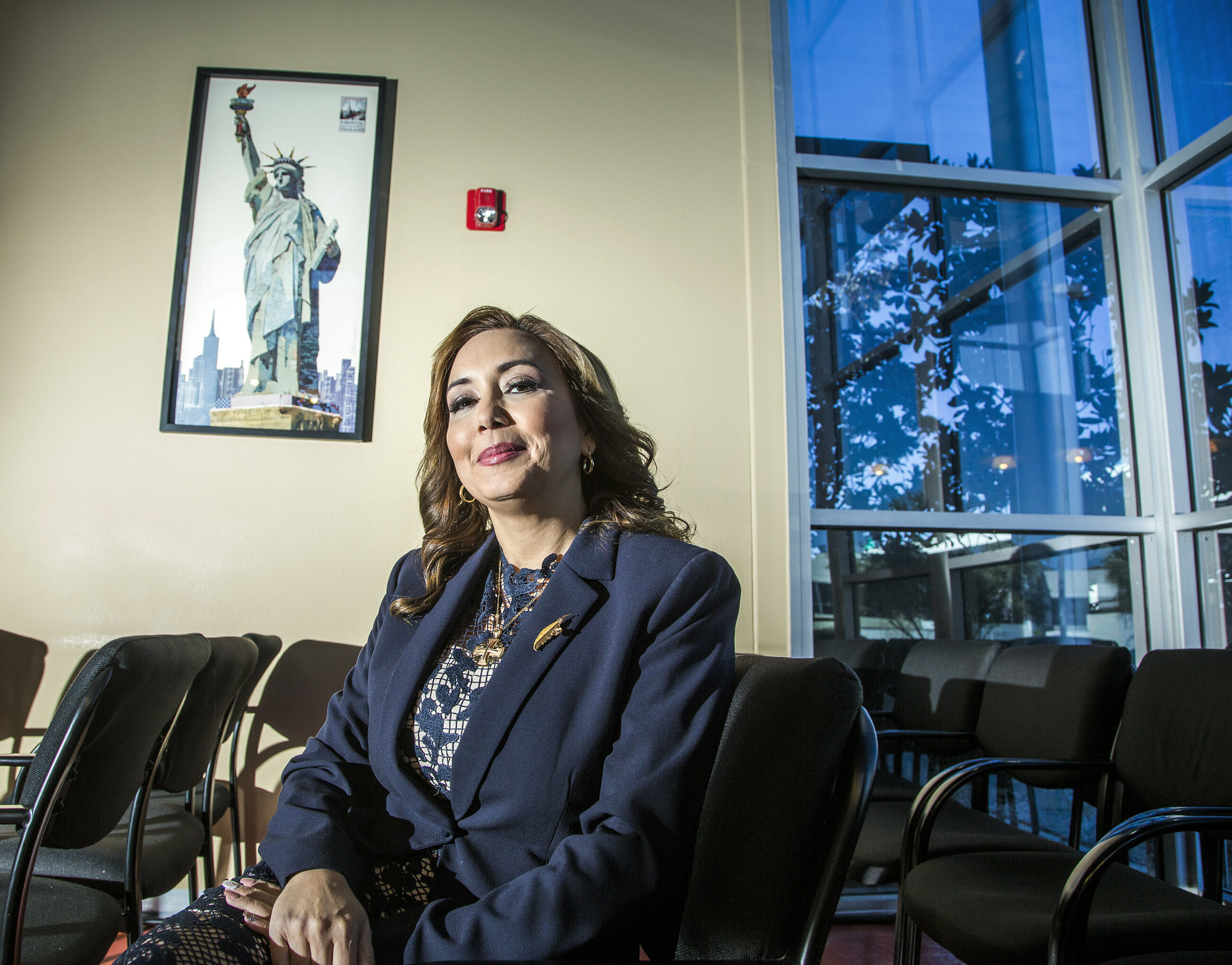 Coronavirus has prompted dramatic changes across society, and the immigration sphere is no exception.

From the temporary suspension of legal immigration to the U.S. to restrictions at the borders and closures of the offices that process immigration applications, the public health crisis has added new uncertainty to naturalizations, expiring visas and more.

In this interview, which has been translated from Spanish and lightly edited for brevity and clarity, Las Vegas-based immigration attorney Kathia Pereira answers questions about the latest policy developments, including the economic stimulus aid packages, the public charge rule and domestic violence measures. Pereira is a member of numerous immigrant advocacy associations including the American Immigration Lawyers Association and has been offering frequent updates to followers on her popular, bilingual YouTube channel about how immigrants can navigate the challenges of the pandemic.

Q: The Trump administration has made several policy changes aimed at limiting legal immigration, such as increasing fees for certain processes, or implementing the public charge rule (the policy of considering a person’s likelihood of using public assistance when deciding whether to grant legal residency). There are also limitations on travel across borders due to the COVID-19 outbreak. How much more will President Trump's proclamation suspending legal immigration change things?

A: I believe that the suspension does not make the situation worse. Maintaining the public charge rule, I think, could be a big problem after the pandemic, but we don't know until we face the situation, and it's still too early to know what the effect will be because immigration processes today are taking two and three years.

So with something that is happening right now, we will not feel the effect until that person who applies today gets to see an immigration officer in a year and a half or two years.

I hope by then that steps will have been taken to ensure immigration continues and does not stop any longer than it is already trying to be stopped now.

Q: Health officials have emphasized that people should seek out testing regardless of their immigration status. Are you seeing any evidence that people are afraid to seek treatment or testing because they fear it will affect their chance of getting legal status because under the public charge rule, or because they are concerned that they will be asked about their immigration status?

A: Of course. That fear is not only within the undocumented community, but in the immigrant community in general. Residents are afraid to go to a hospital because of the gigantic debt that would come from not having health insurance because they just lost their job, and the issue of public charge is latent.

I firmly believe that the government is not going to be able to use any medical aid received by COVID-19 against immigrants, because if the authorities try to do this, they will be subject to a lawsuit they will lose.

I think that even though families may be asking for food stamps and housing assistance, and this might be used against them as a public charge, I think that, in this time of crisis, your children’s food and health is more important than any legal consequence.

And, finally, if we put ourselves in the worst-case scenario, the public charge rule says that [immigration authorities] are going to look back three years, and so if you ask for benefits now will mean that we will have to rebuild  and go to the residency interview in three years.

So, these days, the public charge rule should not be an impediment for anyone seeking medical help or help to survive.

Q: In mid-March, the Justice Department shut down immigration courts across the country and postponed all hearings on cases of immigrants who were not detained. Before the pandemic there were already delays. What processes are being affected most significantly due to the current emergency?

For people who are asking for political asylum or a cancellation of deportation, it really is a blessing that those cases have been delayed, because the approval rate of those cases is extremely low — it’s between 3 and 5 percent.

In cases where an immigrant wants to apply for residency because they believe they meet the requirements, it’s really sad that the case has been delayed, because it means that the person isn’t going to have legal residency status for God knows how much longer.

But really, closing the courts was definitely an appropriate measure, because first and foremost, people's lives are at stake, with or without legal status.

Q: In mid-March, the Citizenship and Immigration Service announced the suspension of services in person, although on April 24 it announced that it is preparing offices to reopen on June 4, or later. How has this pandemic affected processes such as interviews and naturalization ceremonies?

A: It's a shame, especially in Las Vegas, because we were already behind with swearing-in appointments by two or three months, and then add to that this two-month shutdown.

Q: How has the COVID-19 affected undocumented immigrants who are being excluded from programs such as economic stimulus payments?

Q: The federal government announced April 22 that immigration to the United States will be suspended for 60 days, and noted that it could suspend or extend this order depending on the situation the country is experiencing. What does this proclamation really mean?

A: When the president first announced it, we thought it was really an immigration suspension, but in reality it is a delay of 60 more days for citizens who have a family petition for a spouse, or a parent who is a citizen and is petitioning a child under the age of 21. For everyone else, the process will take 60 days more.

It’s a shame, because there are people who are waiting for the appointment and now they’re going to have to wait for another appointment, because they can’t give it to them within the next 60 days. But you must keep moving forward.

Q: Who isn’t affected by the proclamation of temporary suspension of immigration to the United States?

A: It does not affect the petition of a citizen regarding his/her spouse, or his/her children under the age of 21. It does not affect a doctor or a nurse who is going to have an appointment in the next 60 days for their legal residence, investor visas, or temporary work visas.

It does not affect tourist visas. In other words, it basically affects green cards, family petitions for residency that belong to a preferential category, it affects the parents of citizens who planned to have an appointment within the next 60 days. They are the most affected.

Q: Under this proclamation, if someone is trying to bring their spouse into this country, do they now have to wait indefinitely until this directive is lifted?

A: No. If you are a citizen, this does not affect you at all. Only if you are a resident. You don't have to wait indefinitely. It's only 60 days.

Q: Is there any other issue that you consider relevant due to the situation that is being experienced because of the virus?

A: At this moment in which we are living in quarantine, one of the great ghosts arising in many households is domestic violence.

One of the visas that very few people know about is the VAWA visa [Violence Against Women Act], which aims to help those victims; not only those who are mistreated by an abusive husband or wife, but also by a child who might have mental problems or addictions, and who is mistreated their parents. If a person is involved in one of these situations, they must seek legal help.