It’s no longer as simple as Republican vs. Democrat 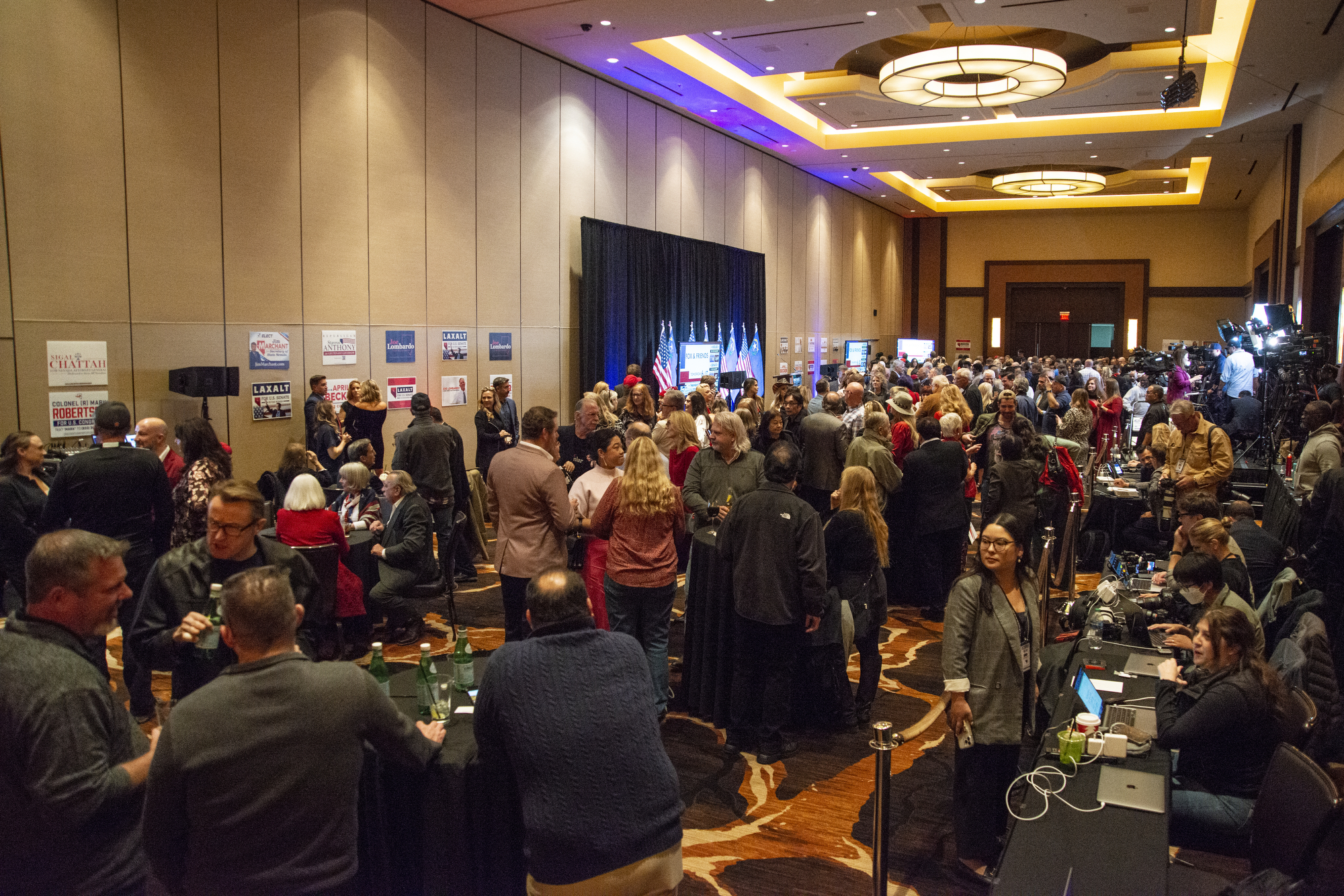 As if Nevada’s growth of non-major party registrations wasn’t evidence enough that partisan loyalty among certain voters might be waning, the results of the recent election ought to remove any remaining doubt.

Not only were “split tickets” apparently common enough to send Sheriff Joe Lombardo to the governor’s mansion while other statewide Republicans were sent home, but Question 3 managed to survive its first round at the ballot box as well.

Question 3, which still needs to survive another election if it’s going to be added to the state Constitution, would implement an open primary and “top-five” ranked-choice voting process. Much of its appeal comes from supporters’ assertion that such a system would alleviate the kind of partisan extremism that so often springs from the battles of closed primaries.

However, even beyond the success of Question 3 last month, there was ample evidence that voters have grown disdainful of the blind partisan loyalty political parties expect from the masses. Not only did a handful of prominent life-long Republicans openly declare their intention to vote for rival Democratic candidates, but the result of the election demonstrates they weren’t exactly alone.

Clearly, a large enough contingent of independents and partisans did the same, as is evidenced by Nevada’s newly elected government being divided between a Republican governor and a deeply Democratic Legislature.

While such election results might confound partisan loyalists (on either side) who can’t imagine voting for anything other than their preferred political party all the way down the ballot, it nonetheless represents the growing influence of more independently-inclined voters — both here in Nevada, and elsewhere. And in states where ranked-choice voting has already been implemented, this lesson seems even more obvious — provided one is willing to view things from outside the confines of traditional partisan thinking.

Alaska, for example, has elected Democrat Mary Peltola to the U.S. Congress just four months after she won a special election for the same seat. Having twice elected a Democrat since enacting ranked choice voting, the outcome of that election has sparked ire among Republicans who argue that the system is to blame for their loss in an otherwise deep red state.

To be fair, it’s easy to see why pundits and politicians would be so quick to blame the new ranked-choice voting process. After all, in the first round of voting, a clear majority of voters preferred one of the two Republican candidates — Sarah Palin or Nick Begich — over the sole Democratic candidate. As a result, many partisans have argued that the race’s outcome is a miscarriage of representative government — a ploy to undermine the Republican preferences of Alaska voters and put an unpopular Democratic alternative into office.

However, it’s worth noting that Alaska’s other statewide races — governor and U.S. Senate — didn’t suffer similarly “unrepresentative” losses for the GOP. If ranked-choice voting truly was some manipulative scheme to usher in a new era of unrepresentative Democratic rule in The Last Frontier, it’s quite clearly not very effective.

More importantly, however, pundits and politicians who obsess over “a majority of Alaskans” preferring a Republican miss the useable lesson from the state’s recent election outcome: Many voters simply didn’t believe being a Republican, in and of itself, was enough to earn their support — which is why a large enough contingent of voters ranked Palin lower than both her challengers, just as they did four months ago in the state’s special election.

Or to put it another way, party affiliation was not a saving grace for poor quality candidates — and voters refused to “rank the red” blindly when one of the Republican choices offended their sensibilities. Alaska voters were given a choice in November that went beyond the binary generic-ballot makeup of red vs. blue — with the results reflecting how voters felt about the individual candidates more than the party to which they belonged.

And while Nevada doesn’t yet have ranked-choice voting, similar streaks of independence were already on display here in the Silver State. As it turns out, not all voters view the ballot as a binary contest between two large political factions — some voters, apparently, care about what name is next to the letter that denotes a particular party affiliation.

Those voters who split their ticket should be considered a warning to partisans that the traditional team-sport approach to elections is going to have to change with a growing percentage of the public feeling disillusioned about our current state of political affairs.

And make no mistake, plenty of voters apparently feel disillusioned — the ever-increasing market share of unaffiliated voter registrations being one obvious manifestation of such discontent. As the most recent election results demonstrate, Nevada voters are apparently willing to carry their decidedly mixed political perspectives with them into the ballot box — much to the chagrin of partisan loyalists who undoubtedly hoped a national “red wave” would carry otherwise unqualified candidates into office.

Of course, many political insiders aren’t exactly in a hurry to internalize the prospect of a world where voters forgo party affiliation for candidate quality — even if their party just suffered an embarrassing loss in an otherwise winnable election year.

For the rest of us, however, such a brave new world of party disloyalty might just be reason for some cautious optimism. After all, an ever-growing class of voters who are disinterested in increasingly contemptuous partisan politics might provide quality candidates with an incentive to adopt more widely representative platforms.

Of course, that assumes quality candidates will actually be capable of winning their party’s nomination — which is something this last election year has given us reason to doubt.