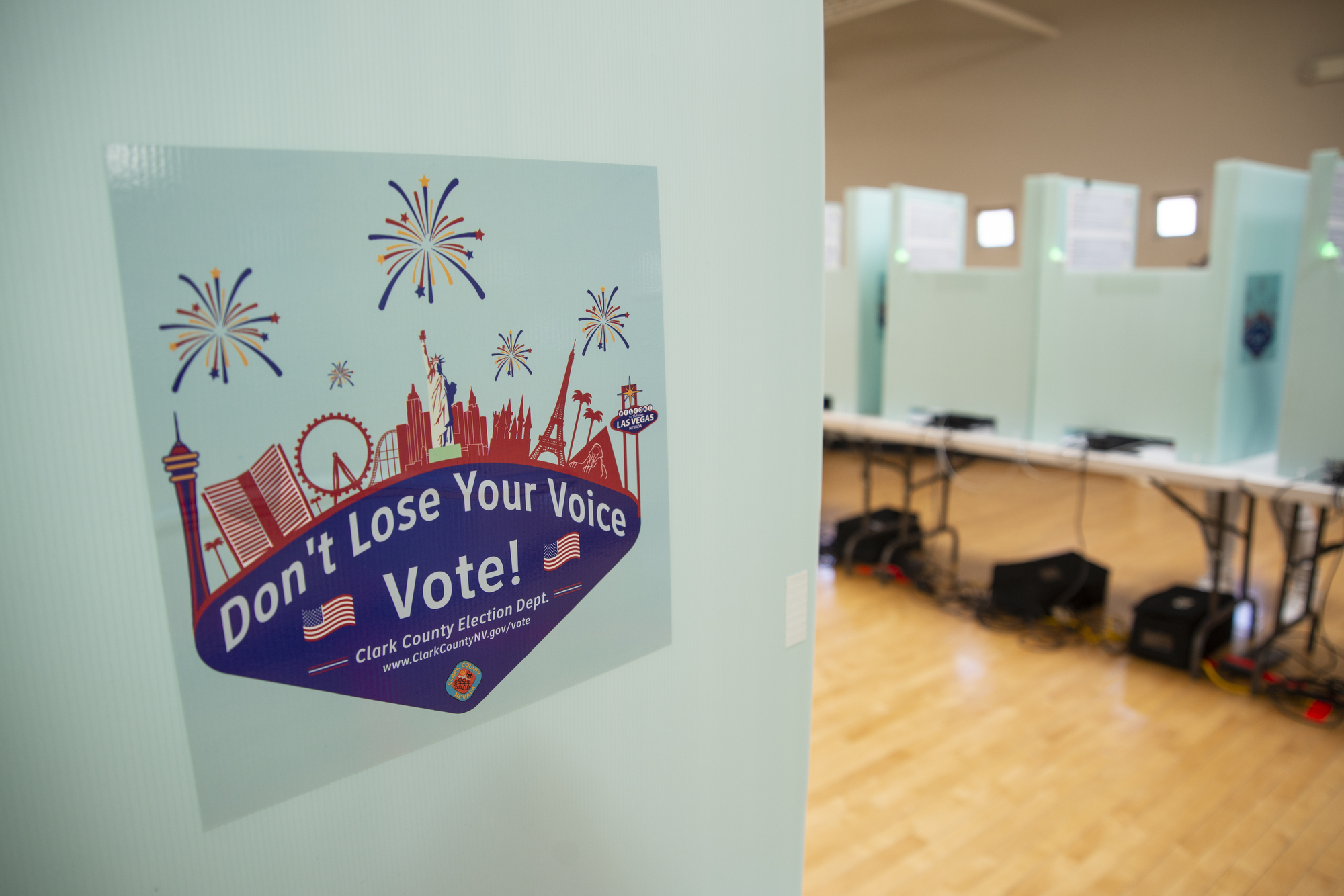 When it comes to election cycles, certain wonky phrases hit headlines and airwaves so much, they become recognizable in name alone — nevermind whether people actually understand what they mean.

We’ll nominate two phrases for that distinction in this particular cycle: “open primaries” and “ranked-choice voting.”

Those two terms are synonymous with a ballot initiative now known as Question 3, which will ask voters whether they want to overhaul the state’s election system and fundamentally change the way people cast votes.

In a so-called “open primary,” registered voters can cast a ballot for any candidate regardless of political affiliation. As it stands now, Nevada operates under a “closed primary” system, in which only registered voters of the same political party can participate in a primary and, thus, help determine who moves on to the general election. In other words, only registered Democrats can vote in Democratic primaries and, likewise, only Republicans can vote in Republican primaries. Registered nonpartisans or people affiliated with minor political parties do not participate in the process.

As the name implies, an open primary would — you guessed it — do away with partisan affiliation as a requirement for voting in primaries.

“Ranked-choice voting,” meanwhile, would allow people to select more than one candidate on the general election ballot. Instead, voters would mark candidates based on their order of preference, otherwise known as ranking.

Now, that we have the definitions out of the way, here’s what Question 3 would do:

This initiative would amend the state Constitution to require open primaries and then a ranked-choice voting method in the general election. It would affect most high-profile partisan elections such as U.S. House seats, Senate seats, statewide offices and legislative races —  though it notably excludes the presidential race.

All registered voters, regardless of political party, would be allowed to participate in primaries. The top five candidates who receive the most primary election votes would move on to the general election.

The ranked-choice voting aspect would come into play during the general election. For partisan offices, voters could select as many of the five candidates as they wish and rank them in order of preference.

Under this proposed voting method, voters could rank up to five candidates. But that’s not a requirement. Don’t like a candidate? Don’t know enough about five candidates to rank them? No problem. Voters could mark just one candidate or as many as five. In Nevada, they also would retain the option to vote for the “none of these candidates” box.

From there, the winner would be determined in one of two ways:

Voters would need to approve the ballot question in November and again in 2024 for it to become a reality in time for the 2026 election cycle. The price tag for doing so? $3.2 million ahead of the 2026 general election and then $57,000 annually moving forward.

The ballot question is formally known as the Better Voting Nevada Initiative. The journey started in November when a political action committee called Nevada Voters First filed an initiative petition seeking a constitutional amendment to make the proposed election changes.

The Institute for Political Innovation, a nonprofit founded by author and philanthropist Katherine M. Gehl, backed the measure. Gehl has been the pioneer behind the concept of “final-five voting,” which is what the ballot question would implement in Nevada. A similar voting and election system was adopted by Alaska voters in 2020.

The petition lists Todd Bice, a prominent Las Vegas attorney, as the registered agent and president of Nevada Voters First.

In June, the initiative cleared two hurdles, allowing it to be placed on the November ballot. First, initiative backers announced they had collected well beyond the roughly 140,000 signatures needed to qualify it for the ballot — a proclamation the secretary of state’s office later confirmed.

Then in late June, the Nevada Supreme Court weighed in on a legal challenge facing the initiative. In a 4-3 decision, the high court sided with Nevada Voters First and confirmed a lower court ruling that the proposed changes to the primary and general elections did not violate a rule that ballot initiatives focus on a single subject.

The lawsuit came in December, shortly after the ballot initiative was filed. A registered voter from Churchill County — represented by high-profile Democratic election law attorneys — filed the legal challenge, arguing that the initiative violated several state constitutional requirements, including the single-subject rule.

As the lawsuit suggests, the ballot initiative has run into some stiff opposition, including from high-profile Democrats as well as left-leaning and nonpartisan organizations.

A coalition called Let Nevadans Vote opposes the ballot initiative, casting the proposed election reforms as time consuming and confusing. The coalition includes more than 20 groups, such as the Progressive Leadership Alliance of Nevada and Silver State Voices.

Meanwhile, Gov. Steve Sisolak and the state’s two Democratic senators — Catherine Cortez Masto and Jacky Rosen — have also expressed their displeasure with the initiative, saying it could be confusing for voters and lead to errors that cause eligible votes to be thrown out.

Protect Your Vote Nevada, a PAC set up to oppose the ballot initiative, has reported raising more than $1.2 million so far this year. Chelsey Winninger, the former executive director of the Assembly Democratic caucus, is listed as an officer for the PAC.

On the flip side, supporters say the open primaries and ranked-choice voting system would allow more people to participate, especially as the state’s share of nonpartisan voters continues to grow. Advocates also argue there is plenty of time to educate voters about the changes given that it wouldn’t go into effect until 2026.

The initiative backers raised more than $2.4 million during the first two quarters of this year, making it a well-funded effort heading into the general election. While Gehl has contributed a hefty portion (more than $1 million), the effort has received financial backing from Station Casinos, the Nevada Association of Realtors, a PAC associated with the Clark County Education Association and Laborers Local 872, among others.

An August poll released by The Nevada Independent and OH Predictive Insights found that 42 percent of Nevada voters support the ballot measure, compared with 27 percent who oppose it. But nearly a third of voters appear undecided, saying they neither support nor oppose the ballot initiative.

Supreme Court: Ranked-choice voting can go to ballot, but not tax petitions, vouchers