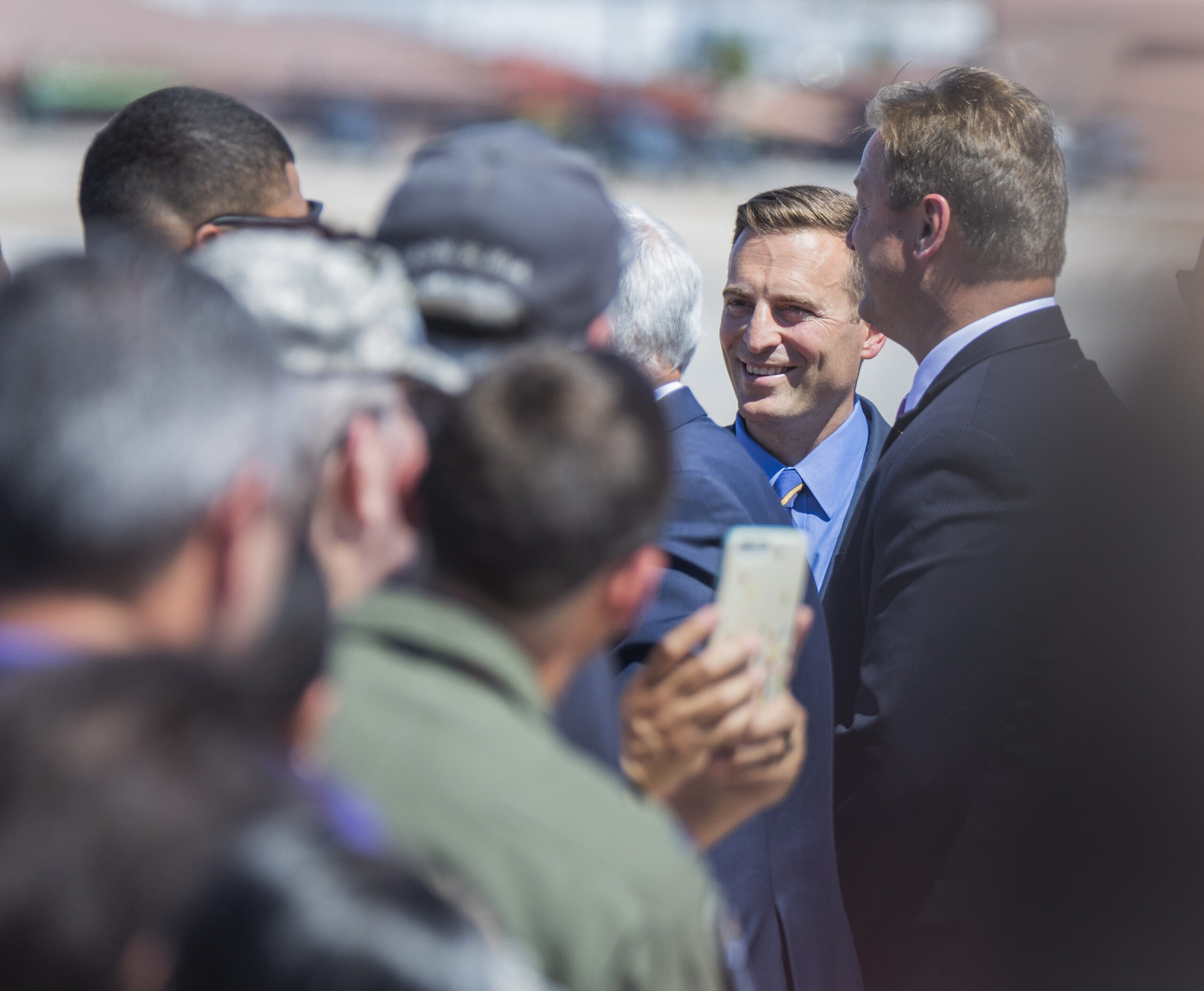 Republican gubernatorial candidate Adam Laxalt is making it clear that he won’t roll back Gov. Brian Sandoval’s expansion of Medicaid under the Affordable Care Act that helped more than 200,000 people get insurance, but he also says he hopes to adopt work requirements for low-income beneficiaries of the health-care program.

A health-care platform Laxalt published in a press release on Tuesday comes after speculation that the Republican attorney general would reverse Medicaid expansion because of his vocal opposition to Obamacare and his noncommittal stance on the expansion when he announced his gubernatorial campaign last fall. The policy statement repeats his opposition to the federal health-care law but affirms some of its more popular elements.

“As we continue to cope with the disastrous effects of the Obamacare law — which led to higher insurance premiums, less access to quality care, and millions of Americans losing their health care altogether — I share Nevadans’ frustration that the federal government has been unable to adequately address this extremely crucial issue,” Laxalt said in the statement.

Still, he notes that “I commend and fully support the commitment to protecting those with pre-existing conditions” — an element of Obamacare that has proven widely popular with voters even as a group of Republican attorneys general (excluding Laxalt) have filed a lawsuit that would finish off the partly repealed law. A Kaiser Family Foundation poll from July found that 61 percent of people living in battleground states support retaining protections for people with pre-existing conditions.

He made a more definitive statement in favor of preserving expanded Medicaid than he did earlier in the campaign.

“First and foremost, as I have said repeatedly, it’s important that Nevadans know I will not roll back the Medicaid expansion implemented by Governor Brian Sandoval,” he said. “That said, there are a number of challenges our state faces in our approach to Medicaid policy that must be addressed in order to ensure that the program is strong and available to those who need it today, and will need it in the future.”

Laxalt endorses work requirements within the Medicaid program, an idea that the federal government has approved for Arkansas, Indiana, New Hampshire and Kentucky — the latter was expected to reduce Kentucky Medicaid rolls by 95,000 people and was invalidated by a court. Arkansas requires Medicaid recipients to log at least 80 hours of work a month in an online portal, for example.

“With one of the lowest unemployment rates in the country, Nevada should lead the way in helping those in lower income brackets to not just qualify for benefits, but also to qualify for work and the opportunities for prosperity that come with it,” Laxalt’s plan states.

Health care has become an issue in the gubernatorial race, with Democrat Steve Sisolak releasing an ad that raised the specter of Laxalt rolling back Medicaid expansion based on his previous opposition to the Affordable Care Act. Sisolak has a less-detailed platform for health care posted on his website.

Laxalt also laid out other ideas. Among them:

Asked about how “Tomorrow’s Doctors” would differ from the existing Service Corps, Laxalt’s campaign said "Adam's plan takes the Nevada Health Service Core concept and would expand the scope and access. NHSC is dedicated to strictly rural areas, whereas Adam's program would expand access throughout the state. Additionally, NHSC is wholly dependent on funds provided directly by the state, while Adam's plan would be a joint public–private venture that would increase the overall scope of the program and allow more individuals to participate, which will go a long way in addressing our shortage of medical professionals."

Asked what Laxalt wants to do differently, his campaign said, "Currently, we have minimal course offerings. For example, individuals who wish to apply to health care programs require courses for organic chemistry, inorganic chemistry, anatomy, physiology, psychology, abnormal psychology, and mathematics, just to name a few, and access to the needed courses is limited. As a result, this role is being filled by out-of-state institutions that are charging exorbitant fees to our students. Adam's approach would broaden access to the coursework Nevadans need."