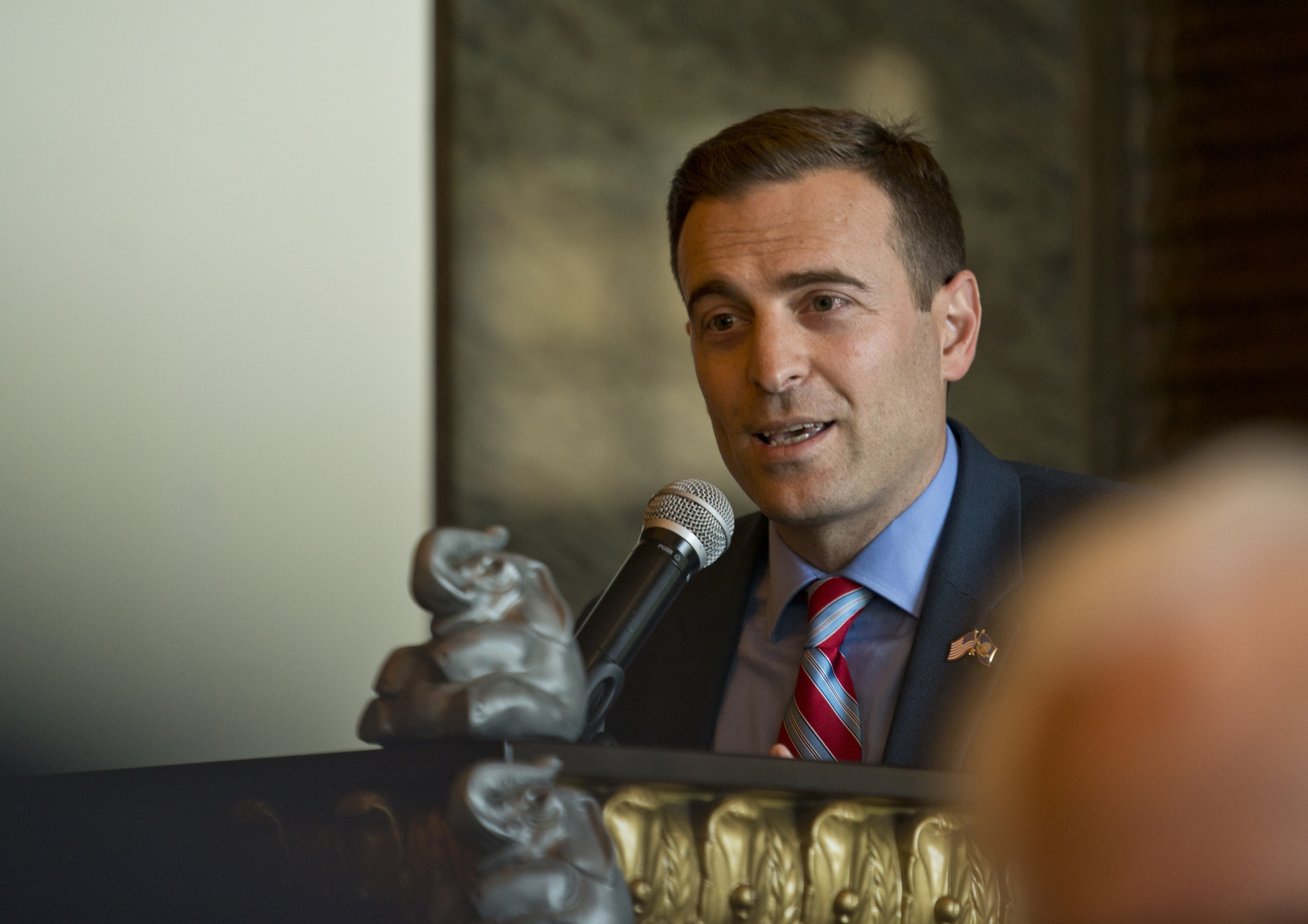 During his speech to the National Rifle Association’s general convention in April 2017, Attorney General Adam Laxalt warned that the Nevada Legislature was about to pass a dystopian bill that would lead to gun confiscation based only on anecdotal evidence.

“We expect our governor will veto that bill, as bad as it is, but it’s terrifying to think that Nevada is only a veto away now from this kind of terrible gun law being passed in our state,” he said at the time.

But Laxalt — who also compared the bill to the 2002 film Minority Report and the science-fiction concept of predictive “pre-crime” — appears to have endorsed a similar policy more than a year later.

Amid the recommendations in a 32-page report on enhancements for school security published by his office last month is a suggestion that the 2019 Legislature study and potentially adopt a so-called “red flag” law that allows for law enforcement or family members to petition a court to temporarily seize firearms from individuals who pose a “serious or immediate threat of violence to themselves or others.”

“When such laws are equipped with the necessary procedural safeguards, they can strike an appropriate balance between individual rights and public safety concerns,” the report stated.

A spokesman for Laxalt’s gubernatorial campaign declined to comment on the switch in position, but the change in rhetoric indicates a growing acceptance of “red flag” laws even among staunch gun rights organizations, including the NRA, and elected officials.

Red flag laws are becoming more widespread — a tally by Everytown for Gun Safety found that 13 states have adopted some form of a “red flag” law, and 29 other states have considered similar legislation so far in 2018.

Greater adoption comes as the NRA and others have softened their normally staunch opposition to the laws, including publication of a video in March featuring the group’s legislative director Chris Cox calling greater adoption of “risk protection orders” to “stop dangerous people before they act.”

But the organization — which endorsed Laxalt in the 2018 gubernatorial race and gave him an A+ rating — has said it opposes red flag laws approved in other states, calling them “confiscation schemes” because of an alleged lack of due process protections and also said any firearm removal should require a judge to determine a person meets the same conditions for involuntary commitment and must be accompanied by mental health treatment.

The report approved by Laxalt’s office also notes several due process concerns and suggests “procedural safeguards” with any potential law, including allowing accused persons to defend themselves from “false or misleading accusations” and prohibiting “undue” burdens in recovering firearms after completing remedial action, such as mental health treatment or counseling. It also states the provisions should not be substituted for enforcement of other criminal laws, and states they shouldn’t be enacted “without complementary provisions that provide accused persons with appropriate treatment options for mental health conditions.”

Christina Amestoy, a spokeswoman for Democratic gubernatorial candidate Steve Sisolak, said he would support a "red flag" law as part of a package of "commonsense gun safety reforms."

“The Right to Keep and Bear Arms should not be treated as a second-class right and should be restricted only upon conviction of a felony like other rights,” he said.

Republicans, who voted unanimously against the bill in the state Senate, identified a host of issues with the bill during committee hearings, including concerns that it included a too-broad definition of a family member, too lenient or conflicting definitions of a “high-risk individual” and other alleged “loose” definitions.

“I consider this bill a significant assault on Second Amendment rights with little due process,” Republican state Senate Leader Michael Roberson said during a hearing on the bill.

Supporters of the bill, including its sponsor Sen. Julia Ratti, said at the time the measure was meant to address a “narrow niche” between protection orders for domestic violence (which prohibits abusers from using or owning firearms) and temporary involuntary admission of an individual with apparent mental health issues.

“There is this gap where real people are harming themselves and others,” she said in a May 2017 hearing. “They do not necessarily have a mental health diagnosis, but they are causing harm. We can prevent another round of victims by using this narrowly focused tool.”

Ratti, in an interview, said she planned to bring back a similar concept in the 2019 session. She said even though Laxalt included the idea in the school safety report, his history on gun issues, including a top campaign advisor’s role as a lobbyist for the NRA, made her less than optimistic that he would sign the concept into law if elected governor.

“There is nothing in his track record on the topic of weapons to make me feel confident that he would support the legislation,” she said. “But I welcome all comers on this topic. Anybody who wants to work with us to get this done is welcome, but I’m a bit skeptical.”