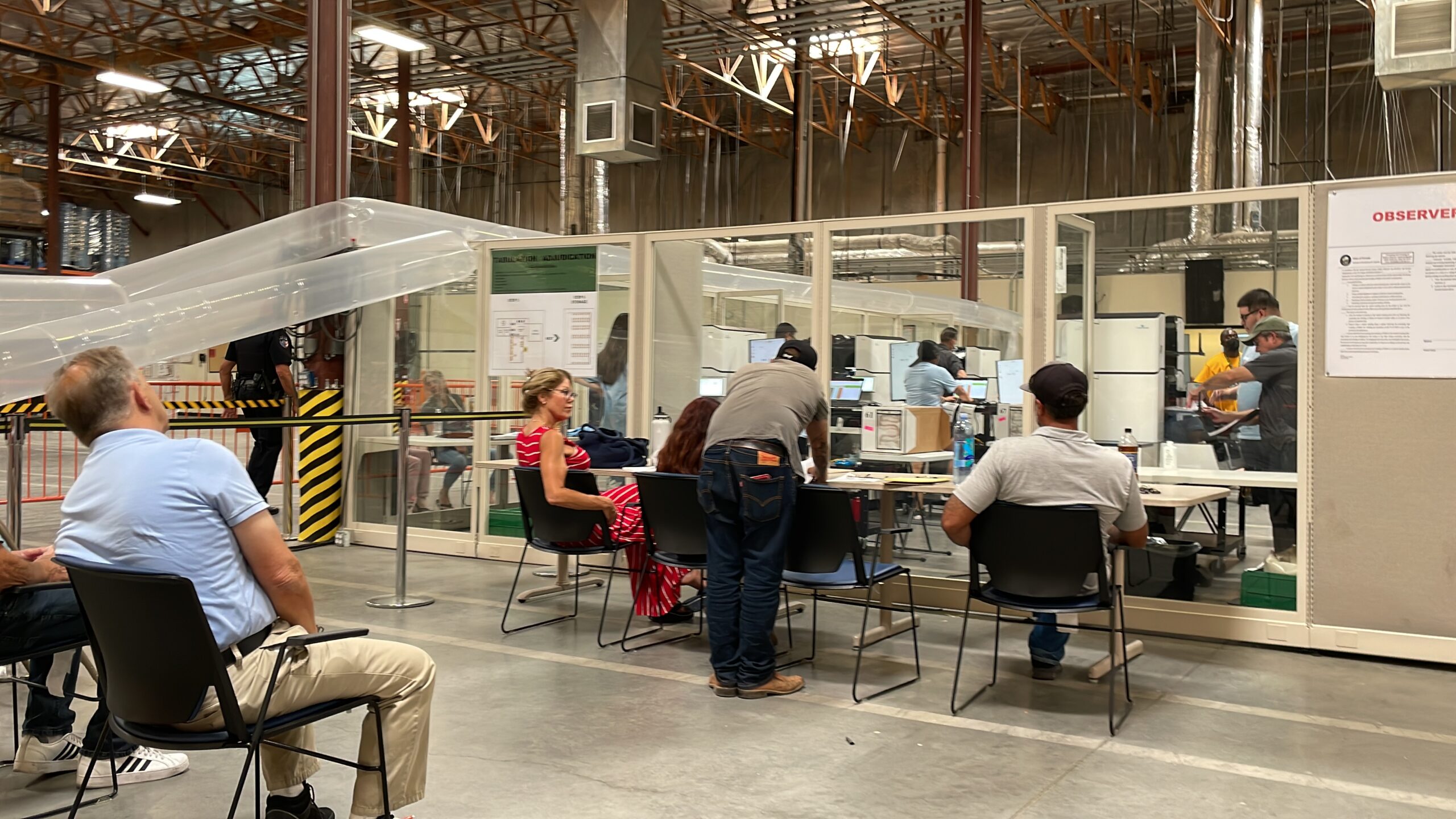 The attentive observers scribbled notes. Some sat about 10 feet from a worker, only separated by plexiglass, while others would stand with their faces just inches from the clear divider to get a better look.

Gilbert, a Reno-area attorney, was the lone candidate to request a statewide recount and has loudly alleged voter fraud after losing to Clark County Sheriff Joe Lombardo by about 26,000 votes in the competitive GOP gubernatorial primary. While counties started the re-tabulation process on either Thursday or Friday and have five days to recount the votes, the secretary of state’s office said that as of Friday afternoon, most of the state’s 17 counties had finished their recount.

Official results will not be published until next week, when most county commissions are scheduled to canvass the recount, although some counties may post unofficial results before then.

In a similar fashion, Washoe County election officials concluded their recount on Friday and found that “the outcome is the same.” Officials there said final results will be posted when county commissioners meet next week to canvass the vote.

Last week, Gilbert’s supporters urged county commissioners to not certify the original results, saying the primary that culminated June 14 was an “invalid election.”

In an interview with The Nevada Independent when he briefly visited the Clark County election department Thursday, Gilbert said he thinks the recount will “probably not” change the outcome of the primary because the same “uncertifiable” ballots are being counted. Previously, Gilbert’s campaign spokesman Paul White said that Gilbert “100% believes he received the most votes.”

“I promised everybody, the entire time, that no matter what, I would continue to fight for integrity, for accountability, for transparency,” Gilbert said. “Only my team knew this, but had we been declared the winner of the primary, I was going to do the same thing. I was going to pay for a recount … because I want to see the process.”

A candidate requesting a recount must pay for it, pushing Gilbert’s bill to just under $191,000 when accounting for all 17 counties — an expense that Gilbert said is funded by cryptocurrency millionaire and right-wing activist Robert Beadles.

Gilbert also said he is not committing to the idea of filing an election contest lawsuit yet, but it “is dependent on what was discovered here.” He said his team has received several emails, voicemails and messages of people claiming they have documentation of “thousands" of votes that have not been counted or reporting that on Election Day, they witnessed boxes filled with ballots being delivered from unmarked vehicles.