Nevada Democrats to use scannable ballot for early voting, iPad with Google Forms for check in 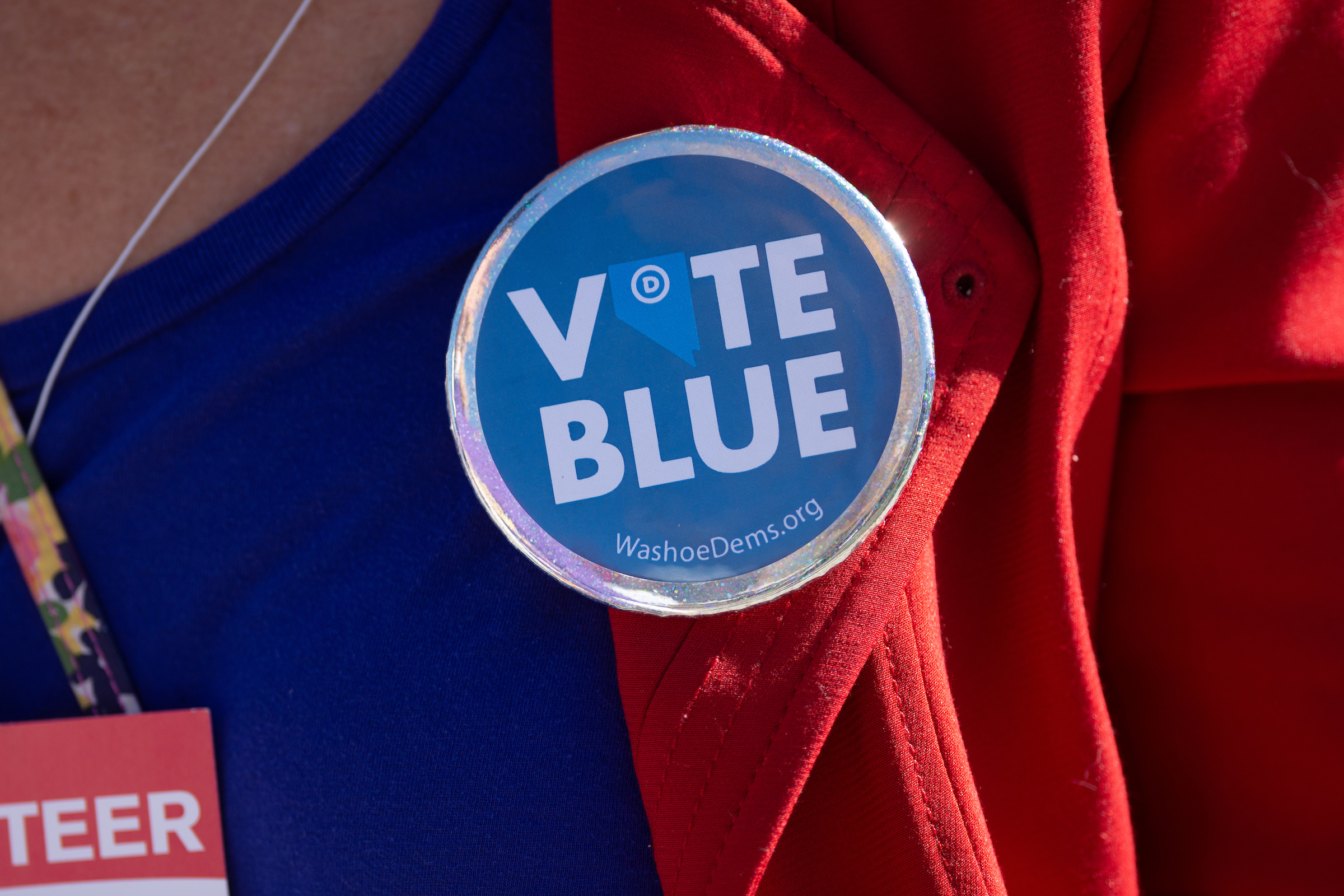 Nevada Democrats will replace their app-based early voting process for the caucus with a scannable paper ballot, the first concrete details to emerge about the new process the party is designing in the wake of Iowa’s problem-plagued contest last week.

Under the new system, early voters will fill out paper ballots that will be scanned at the end of each day, like a Scantron, at designated processing hubs monitored by the state party. Those paper ballots will be linked to voters’ unique secretary of state ID numbers — which will ensure their votes will flow to their home precinct to be counted alongside their neighbors’ on Caucus Day — through use of a check-in form, via Google Forms, as well as a paper back-up voter card.

The Nevada State Democratic Party released the new details to the presidential campaigns Monday evening in a memo, which the party later provided to The Nevada Independent . The party’s executive director Alana Mounce and caucus director Shelby Wiltz also joined calls with individual campaigns to discuss the memo.

Aides to top presidential campaigns in the state had been frustrated for several days over the lack of details from the party on what the new caucus process would look like after the party scrapped its plans to rely on two apps a week ago. The apps had been developed by the political technology company, Shadow Inc., which was responsible for designing the app that contributed to the Iowa debacle.

Starting Saturday, voters will be able to show up to more than 80 locations, including community centers, colleges and labor halls, over a four-day period to cast their ballots early. Upon arrival, voters will check-in with volunteers using a PDF voter roll pre-loaded onto party-purchased iPads that will be provided to early vote site leaders.

Each iPad will have only the voter roll corresponding to the county in which the early voting site is located — since early votes must be cast in the same county where the voter is registered — downloaded to the “Books” app.

From there, early voters will be given a voter card — filled out by a volunteer on site — that will include their first name, last name, secretary of state ID number and voter PIN. The PINs will be pre-generated and affixed to the card via a sticker, and a corresponding sticker will also be placed on their paper ballot.

Voters who need to register or update their registrations will be able to do so on site. Their voter cards will also include their address with the city and zip code in lieu of a secretary of state ID number.

Early voters will also be asked to enter the information on their voter card into a Google Form on a party iPad, with the goal of helping the party streamline the process of connecting the ballot with each individual’s unique secretary of state ID. The Google Form will also be used to track voters in near-real time and to verify that no one has attempted to vote twice. (According to the memo, paper sign-in sheets will also be available as a backup.)

An icon on the iPad will launch the Google Form, which will be accessed through a URL. According to the party, there are a series of security mechanisms in place to ensure that the URL is only accessed by the appropriate individuals.

When it comes time to vote, Democrats will select their presidential preferences by completing the paper ballot, which will each have their own designated ballot number. When they are done, they will return both their ballot and their voter card to a designated ballot box monitored by a party volunteer.

At the end of each day, ballot boxes will be transported to processing hubs monitored by the state party to be scanned and securely stored. According to the memo, a clear chain of custody outlined on the ballot box will be documented, from the time that it leaves the Nevada State Democratic Party’s headquarters to the time it is dropped off at the hub.

The party plans to update the campaigns on who has voted early, but no early vote presidential preferences will be shared until the individual precinct caucuses on Caucus Day.

No further details have been announced about the “tool” or “calculator” the party plans to pre-load onto its party-purchased iPads to allow precinct chairs to flow the early vote data into the Caucus Day process. Mounce, in the memo, said that the party “will continue to keep everyone updated as we have further information to share.”