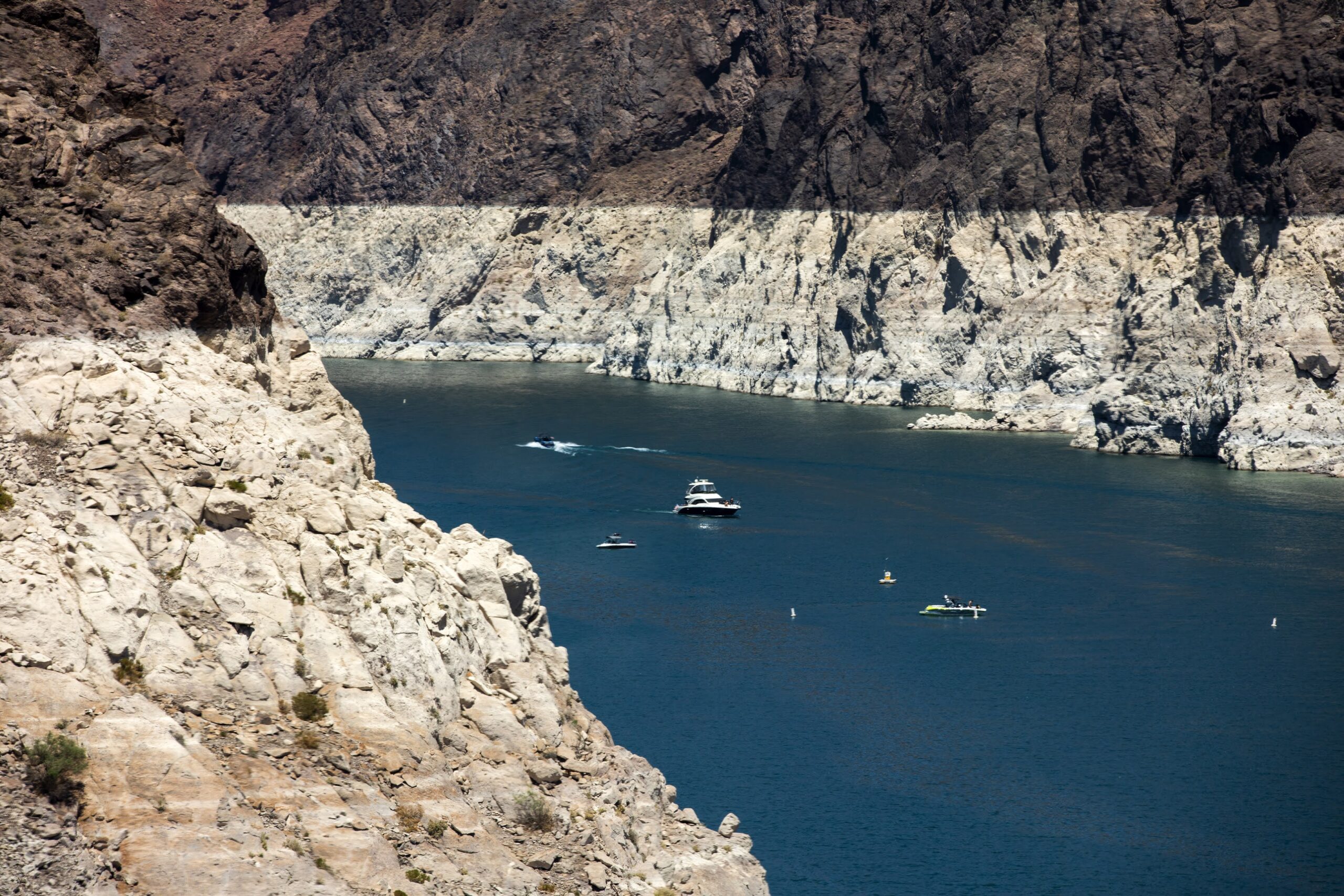 At the end of last year, the seven states in the Colorado River Basin committed to once again work together and negotiate a consensus framework for making significant cuts to water use, an attempt to stabilize the nation’s two largest reservoirs and avoid an even deeper shortage crisis.

The states recommitted to considering a consensus deal, by Jan. 31, after several deadlines passed in 2022 — with seemingly irreconcilable differences over how to make painful cuts in a watershed relied upon by 40 million people who use the river for drinking water and agriculture.

The new round of negotiations come as the federal government prepares to take unprecedented administrative action on the Colorado River. In November, federal water managers issued a formal notice that they planned to analyze options to update the river’s operating rules, agreed upon in 2007, to meet the severe shortage conditions facing the watershed.

Among the states, there is agreement that the Colorado River faces a crisis. The river’s two largest storage reservoirs — Lake Powell and Lake Mead — are hovering at critically low levels.

Lake Powell, which sits at the border of Utah and Arizona, upstream of the Grand Canyon, is 24 percent full. Downstream, Lake Mead is only 28 percent full (and the amount of available water could be even lower, as states have banked large volumes of water in the lake for future use).

It is easy to get lost in the details. The bottom line is less water has come into the river, because of  prolonged drought and a drying climate. At the same time, states downstream of Lake Powell have continued to overdraw on the two reservoirs, straining the system. The only short-term solution is to cut back.

The U.S. Bureau of Reclamation, tasked with managing much of the river’s infrastructure and water deliveries, has made it clear it wanted to see significant cuts before now. And the agency is preparing to take action this year. There seem to be two paths on the table.

One is a consensus-based framework agreement: By Jan. 31, the seven states come up with a framework for a plan that would stabilize Lake Mead and Lake Powell from crashing to extremely low elevations that would threaten hydropower production or water deliveries. The other is the agency imposes actions it could take using its authority.

Both alternatives are expected to be analyzed as part of a formal environmental review required by the National Environmental Policy Act, known as NEPA. In that seemingly technical process, Dec. 20 was an important date. It was a deadline for the public, including the seven states and their top negotiators, to submit formal comments about how they want the cuts to unfold.

The letters, linked below, are important public documents. Although these letters are written in legalistic terms, they outline how the seven states view key issues about how to move forward. They show areas where the states agree and where states diverge.

Of note was the comment letter from Nevada, which outlined a possible framework to achieve consensus. It was the only state-led letter that suggested a comprehensive framework.

In fact, two other letters specifically refer to the Nevada plan as a starting point for the state discussions. Arizona officials wrote that they “endorse the consideration” of Nevada’s plan “as a starting point for development of a consensus-based set of actions. And a Wyoming official said the state will consider Nevada’s proposed framework, without endorsing any one element of it.

Wyoming State Engineer Brandon Gebhart wrote in the state’s public comment letter that the state actually “opposes some of the specific elements of [the Nevada] proposal,” but it “intends to consider the proposal in an effort to reach an appropriate consensus framework agreement.”

In an interview, Bill Hasencamp, an official with the Metropolitan Water District of California, said that because the plan was released, water officials agreed to consider it. Hasencamp said the “helpful thing” about Nevada’s plan is it lays out several key issues from which the states can develop alternatives. States, he said, have been developing their own proposals and modeling them.

“We’ve been working feverishly to try to reach a consensus alternative,” he said.

So, if Nevada’s proposal identifies key issues for the consensus negotiations, what exactly is it?

Here is a brief (though not comprehensive) summary, of the Nevada framework:

The letters, taken as a whole, identify a number of other concerns and considerations, including the scope of the cuts, the federal government’s legal authority and the timeline for the cuts. The states are separately renegotiating the 2007 operating rules for the river, set to expire in 2026.

Less than three weeks before the Jan. 31 deadline, only one state has released a public plan with a concrete framework. John Fleck, a professor at the University of New Mexico who has written extensively about the Colorado River, said it’s time for states to disclose their plans.

“If people don't like the Nevada plan, it's incumbent upon them to tell us what their plan is,” he said.

Links to the state’s comments:

Here's what else I'm watching this week:

Winter storms bring power outages, flooding and a lot of snow: Last week, I wrote about a heavy New Year’s storm that left more than 70,000 NV Energy customers without energy across northwestern Nevada. Those storms have continued over the past week as massive atmospheric rivers have taken a particular toll on coastal California and the greater Sacramento region, causing mudslides, widespread flooding and power outages for hundreds of thousands.

Burning Man, Friends of Black Rock/High Rock, Friends of Nevada Wilderness, a Gerlach resident and the owner of Great Boiling Springs sued federal land managers this week over a decision to permit a geothermal exploration project in northern Washoe County.

Thacker Pass lithium mine is the latest test of 1872 Mining Law: Last week, a U.S. District Court judge heard arguments over the merits challenging a federal permit allowing the Thacker Pass lithium mine to operate on public land. Central to the arguments presented to the federal court was the interpretation of the 1872 Mining Law. More in my story from over the weekend.

When it comes to restoring land for wildlife, small improvements make a big difference. That’s the main takeaway from Richard Bednarski’s weekend story in The Nevada Independent looking at fence removal projects at the Sheldon National Wildlife Refuge in northern Nevada.

The L.A Times launches a new podcast on the Colorado River.

“Groundwater is like a bank account, and when you take more out than you are putting in, at some point the account runs dry.” That quote comes from a media release about a new report by the U.S. Geological Survey that found groundwater declines in Smith and Mason valleys.

“Days before Utah lawmakers are set to convene, dozens of researchers are calling on them to take bold action and save the Great Salt Lake before it withers away,” The Salt Lake Tribune’s Leia Larson wrote last week. A new report found the lake could disappear in the next five years.

“We do not submit this request lightly.” Environmentalists have asked California’s water board to halt Los Angeles’s diversions from Mono Lake, L.A. Times’ Louis Sahagún reports.